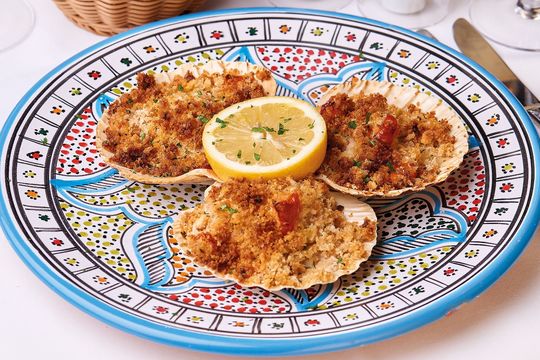 F&W is delighted to announce food and wine writer Aoife Carrigy, who is also former deputy editor of FOOD&WINE magazine, as our new restaurant critic. In this first review, she enjoys a meal with lots of soul in Rosa Madre, an Italian restaurant in Temple bar whose focus is on quality seafood.

How is it that some restaurants can keep you waiting 20 minutes to be seated, yet still deliver you to your table in buoyant form? In fairness, we were 10 minutes late for our 9.30pm Saturday night booking; but it was 10pm by the time we were settling in at our (pre-booked) table. Many other restaurants would be fighting a losing battle. Rosa Madre had already won us.

Anticipation helps. I have never had less than a great meal at Rosa Madre, and find myself sending more people here than maybe any other restaurant in Dublin. Part of the pleasure of dining out is that anticipation, and 20 minutes more merely sharpened our appetites. And we had plenty of entertainment, between dissecting the menu, watching waiters filleting fish table-side and eyeballing the wet counter, where an assortment of marmalade-glossed mullet and silvery bass, thick-necked bream and broad-chested turbot sat back while a battalion of live langoustines lay siege to one of the largest lobsters I’ve ever seen.

Charm definitely helps, and generosity – both of which the Rome-born, Westbury-polished restaurateur Luca de Marzio has in spades, as evidenced by the complimentary glass of delicate Moscato d’Asti that ourselves and another waiting couple were proffered at about 9.50pm by way of fortification.

The clincher, surely, is infectious confidence, which exudes from this front-of-house team, and from the kitchen by way of a great menu. You know you’re in good hands, for example, when you see the lesser-spotted Sally Barnes’ wild smoked salmon on the menu. At €22, it’s not a cheap starter. And nor should it be: Ms Barnes is one of the finest smokers of Irish fish that we have. Given that several other Irish smokehouses produce excellent smoked organic farmed salmon, most restaurateurs opt for this easier (and cheaper) sell. But Luca, like Sally, eschews compromise, preferring to offer the very best to those who also value it. 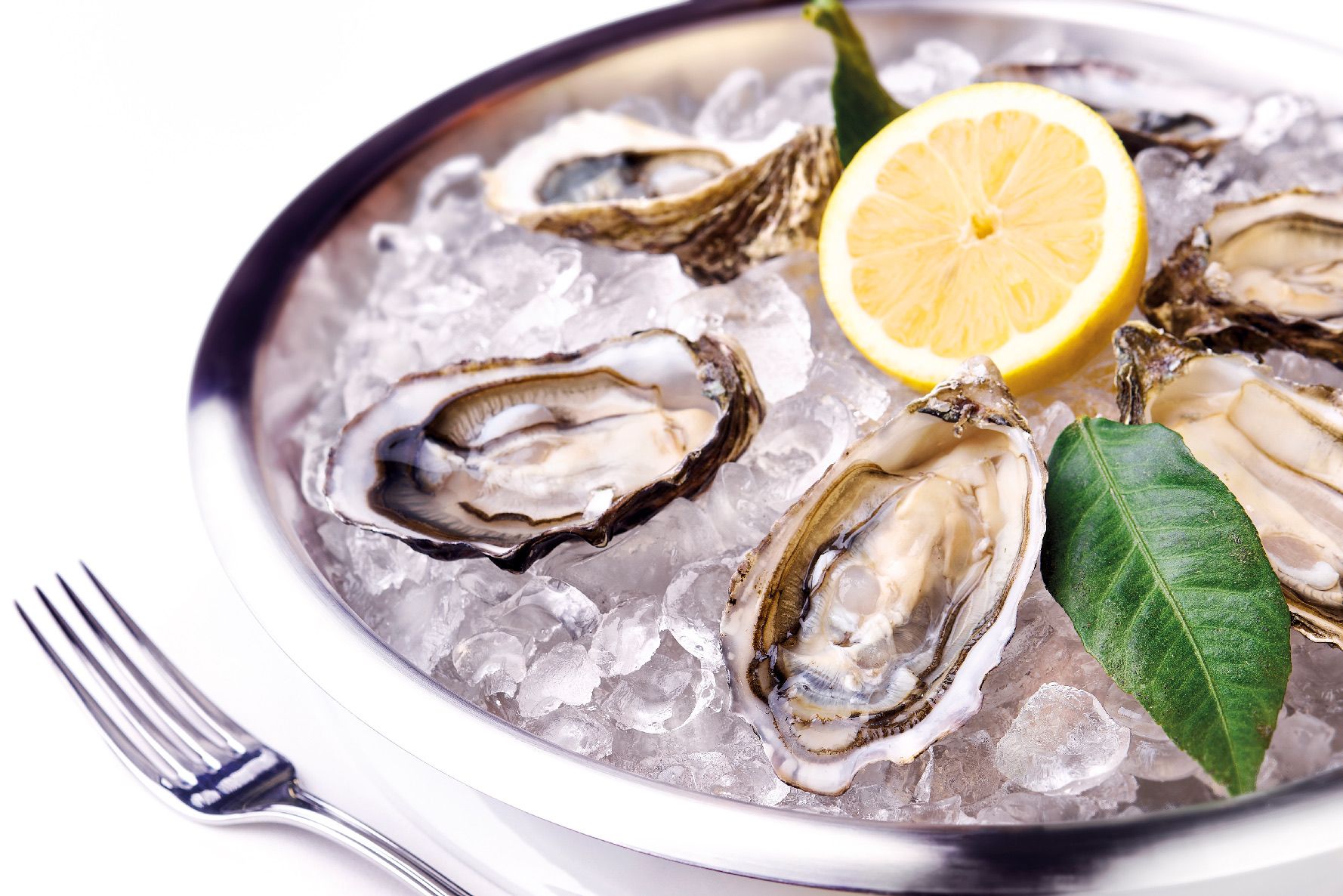 A commitment to quality

We’ll be back for Sally’s salmon, tonight the Misto di pesce crudo (€29) was calling – a generous taster platter featuring highlights of Rosa Madre’s raw fish specialities. There was silky tuna carpaccio with pickled caper sprouts and sea bream tartare on diced avocado, the creaminess of one accentuating the other. There was seabass carpaccio rolled around lightly pickled carrot and tuna around a basil-scented potato filling. There were a pair of pristine, but disappointingly unshucked, Connemara oysters with a choice of hot sauces. There were raw Sicilian red prawns, sweet-fleshed and coral-coloured, and finally Luca’s current pride, Dublin Bay Prawn, aka langoustine, so fresh it was still alive. This last detail will challenge many diners, but it is a sign of Luca’s commitment to quality and authenticity that he has sought out a supplier to deliver these alive twice a week. (He explained that he ate them like this in Italy recently, and thought ‘if only in Ireland!’ before deciding he was the man to try it.)

Each table bears a bottle of peppery Italian extra virgin olive oil that is perfect for dipping with bread, but with this crudo feast came a top-notch Andalusian oil (Melgarejo Frantoio Premium), imported by Vinostito; softer and sweeter, its subtle complexity coaxed the sweetness from the seafood. Also from Vinostito, our bottle of Ribolla Gialla 2016 I Clivi from Friuli Colli Orientali (€46) near the Italian-Slovenia border provided a deliciously mineral pairing. 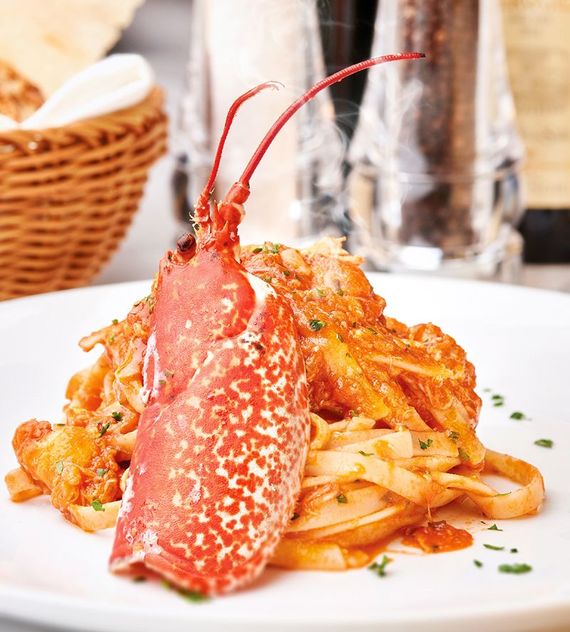 Next up, a remarkably poised pasta dish where the cherry tomato sauce played gracious support to the stellar flesh of half a lobster, and the Tonnarelli pasta (think spaghetti but flatter) bridged the two elements, having taken flavour from both (€27).

For our primi course, Saltimbocca Alla Romana (€21) proved a decent rendition of slim veal escalopes pan-fried with prosciutto, marsala and a restrained touch of sage – a treat with the glass of mature Barolo suggested by Luca. Their 28-page wine list is a wine lover’s dream and Coravin extraction allows them to offer some serious bottles by the glass.

I ordered the Grigliata Mista di Pesce (mixed grill of fish, €32) to try the fillet of fish that came with the gambas and langoustines, but the fillet was a too-thin piece of tuna cooked on a too-gentle grill. It came medium-well rather than the medium-rare I ordered and was later taken off the bill. A surprise highlight was a side order of Cicoria all Romana, or dandelion leaves cooked Roman style; their signature bitterness diffused by sautéing with garlic and chilli.

We finished with an impressively un-cheffy tiramisu (€7), made like mamma would, and a complimentary platter of whole fruits – fig, lime, mandarin and passionfruit – stuffed with gelato made from each fruit’s flesh. Fun, extravagant and full of unmistakably natural flavour, it’s an ideal palate-cleansing dessert to share.

Was this a perfect meal? Not exactly. Unshucked oysters and overcooked tuna aside, the service flagged at times, suggesting a tired team, front and back of house. But what the meal lacked in cool perfection, it made up for in warmth and soul – resulting in nothing less than the kind of great meal that I adore Rosa Madre for.

The bottom line: Our bill came to €160 before service, though you could do a meal here for less, or for considerably more, if you had the lucky pockets for it.