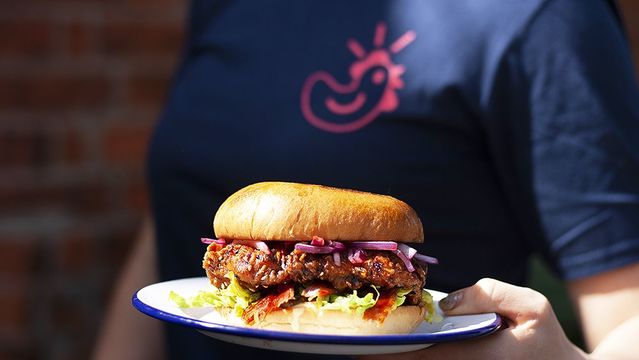 For The Review this week, our restaurant critic, Aoife Carrigy, checks out one of the newest openings and hotspots in Dublin 2, Chimac.

I probably need to out myself from the get-go. I am not the target market for Chimac, Aungier Street’s bright and buzzy new ‘fast-casual’ outlet, which was full of hungry, happy millennials munching away on Korean-fried chicken wings and burgers a few mid-week nights ago.

It’s not that I don’t appreciate a well-developed business concept that meets a gap in the market, as the bright young couple behind Chimac has done by bringing a novel element of Korean cuisine to Dublin’s thriving casual-dining scene. ‘Chimaek’ is a beloved Korean pairing of chicken “chikin” and beer “maekju” that took off when vegetable oil (for frying the chicken) and draft beer (for washing it down) became widely available in 1970’s Korea.

Like us Irish, South Koreans are social animals who love to get together over a beer. They also love their meat, and their hot sauce and fermented flavours. Chimaek marries these into a perfect fit with how we increasingly want to eat today – fast flavoursome food that serves as an excuse to unwind with mates. It’s a wonder that no-one has brought it here sooner. 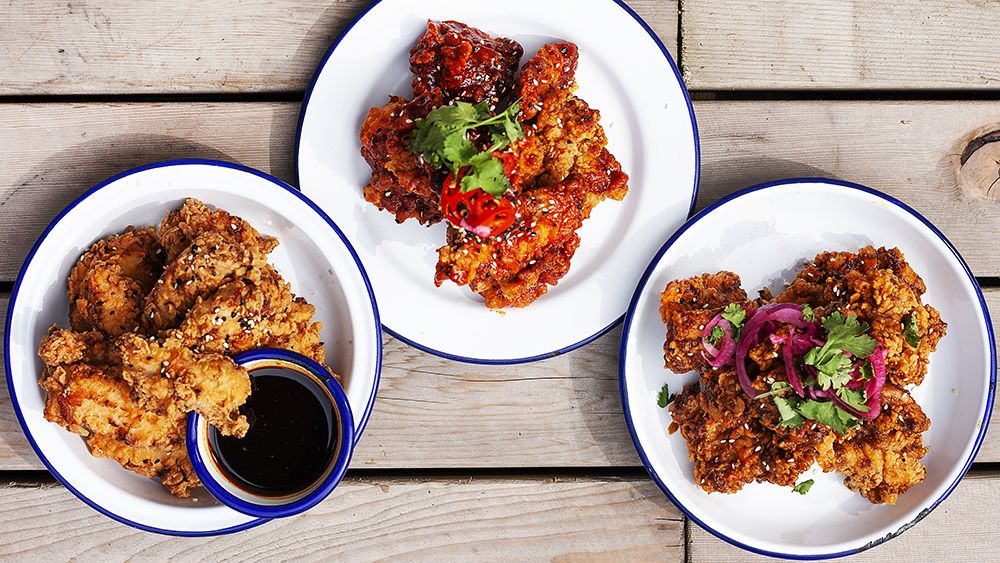 A well thought out concept

Garret Fitzgerald and Sofie Rooney have done an excellent job in executing this clever culinary import. They’ve done their homework properly, including a reccy trip to Seoul to sample several dozen diverse expressions of the versatile chimaek concept. They’ve worked hard to develop the 18-hour brined, twice-fried recipe that they’re rightly proud of.

Unlike most Irish fast food outlets, which serve cheap imported chicken, they have met our increasing interest in food provenance and production standards by serving 100% Irish free-range chicken sourced from Manor Farm. They even tried to go a step further, telling my editor Dee Laffan in a recent preview interview that, “We looked into organic, but there is no one able to supply organic for the amount we’ll need.” 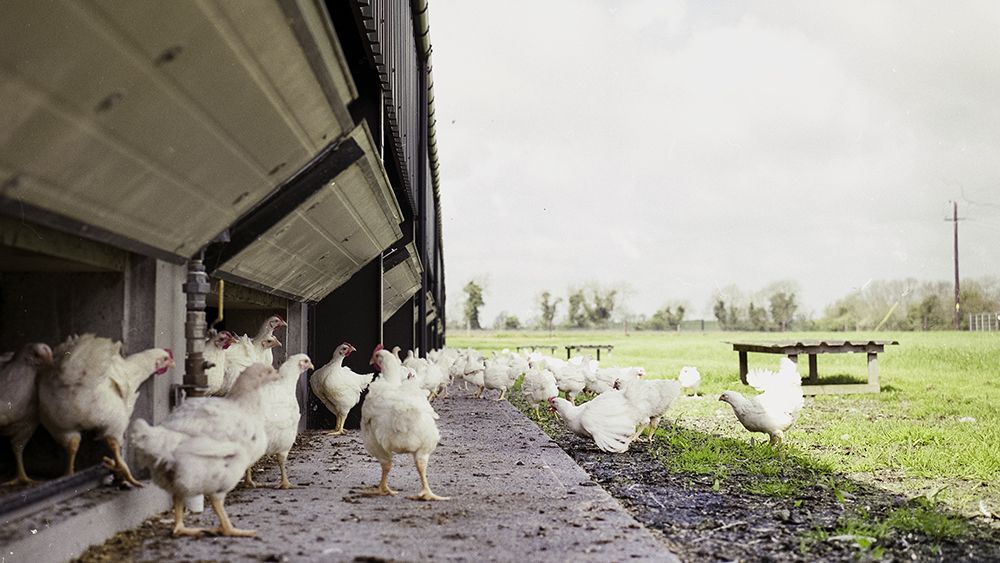 A photo taken on Sofie & Garret's trip to Manor Farm of the free-range chickens.

They’re pairing it with light ales and lager from great Irish craft breweries – including Wicklow Wolf where Garret used to work – and fun seasonal 'slushees' like lime and strawberry ‘frosé’ or lychee and lime sake slush. The menu is short enough to keep things well-focussed – Garret hails from the Bunsen school of catering – but broad enough to prompt return visits. And their concerted effort to include plant-based alternatives like panko-crumbed soy burgers in dairy-free buns makes grabbing a bite here an inclusive option. 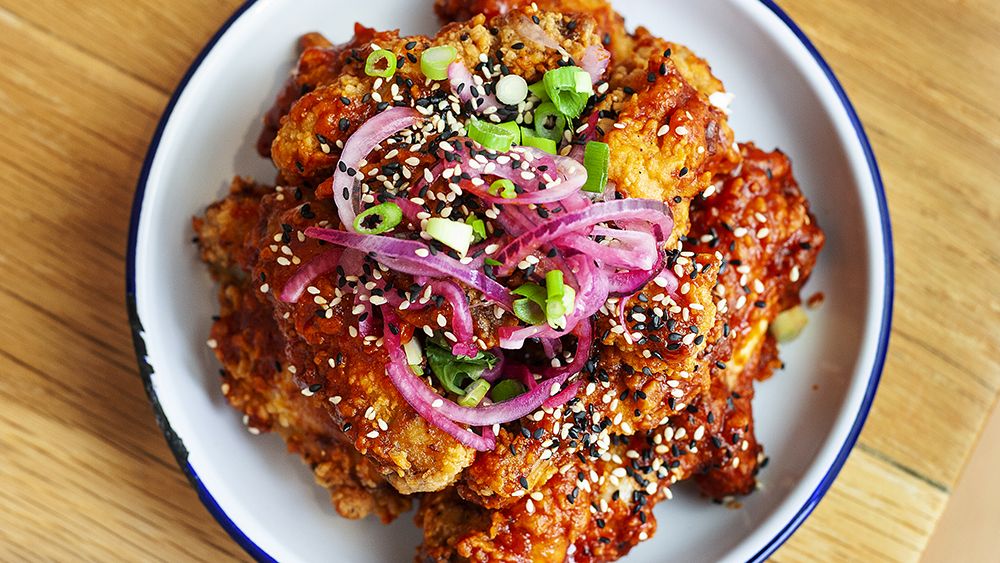 Getting stuck into the meal

Our panko cauli-wings were just as satisfying as the signature twice-fried chicken wings, which is saying something. We opted for the latter tossed in a sweet-spicy K-BBQ sauce (€6 for six). Generous in size and flavour, their moreish meat and crunchy exterior is a testament to that carefully calibrated brine-and-twice-fry process. A cooling side of house-pickled daikon cubes was a nice touch.

With the cauliflower ‘wings’ (€5.50 for medium) we paired the pour-over sriracha caramel, a flavour bomb that would make anything taste sexy. In fairness, the cauliflower held its own, its al dente vegetable, soft batter and crunchy coating making a smartly packaged vehicle for all that flavour. 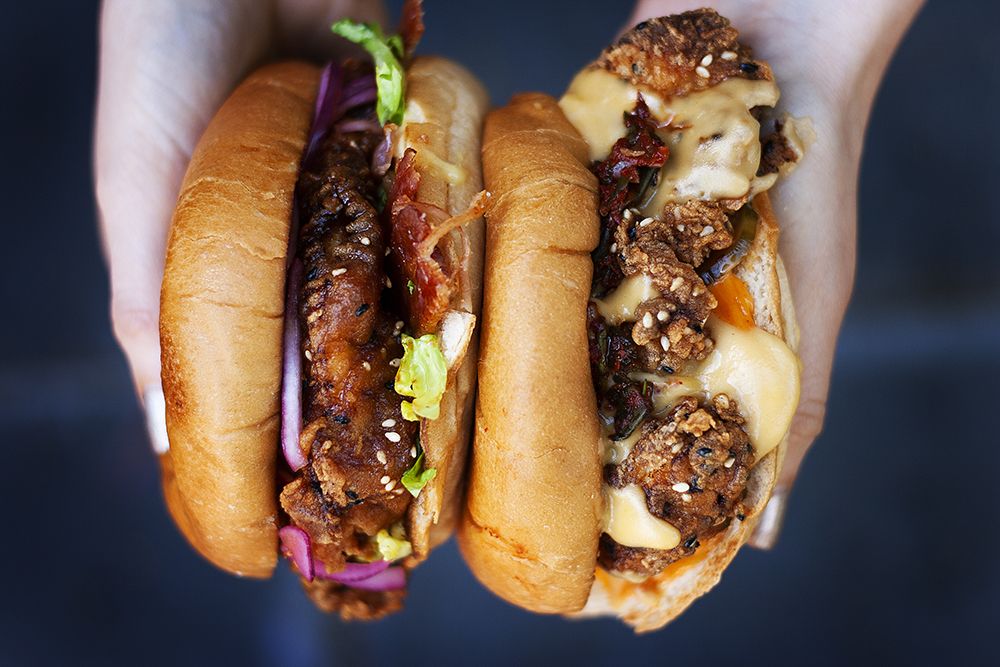 We shared one of their chicken sambos in a potato-based burger bun, opting for the KimCheese (€8.95). It came with spring onion kimchi, gochujang mayo – gochujang being a fermented chilli paste that features in lots of Korean hot sauces – and a sauce of cheddar cheese and ssamjang – a spicy paste that blends doenjang, or fermented soy beans, with gochujang and other yumminess. The chicken itself got a little lost flavour-wise but I loved the cool contrast of its succulent white meat with all those layers of cheesy umami spice.

Chips delivered on their never-frozen promise with a lovely floury interior, and the nutty satay-style cucumber and green chilli salad was as addictive as the protein-fix it accompanied. Teddy’s ice-cream sandwiches and 3FE cold brew coffee sound very promising, once they’re available. 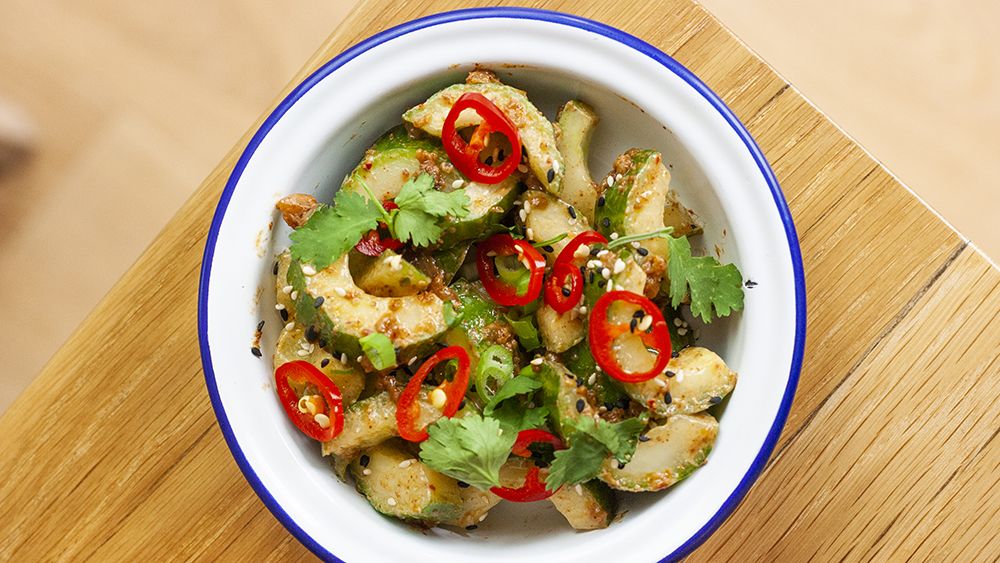 What’s not to love, right?

If I wasn’t such a snob about the chicken I eat, I’d be prime target-market material. I blame FOOD&WINE Magazine and, in particular, a feature I wrote over a decade ago which opened my eyes to the considerable differences between organic production of eggs and chicken compared to free-range production. I’ve avoided non-organic chicken and eggs ever since, making the odd exception, like when somebody is nice enough to cook me dinner, or when I completely hypocritically sample my nephew’s chicken wings. The differences are detailed, but while both organic and free-range birds have the freedom to roam outdoors, if you’re concerned about GM feed, synthetic amino acids and pre-emptive antibiotics and favour growing birds slowly enough to develop legs that can hold them up properly, then organic chicken might be the choice for you too.

The major snag is that organic chicken is much more expensive for farmers to produce – with organic feed up to twice the price of non-organic feed, amongst other higher costs. Converting to organic is a big commitment for a farmer, who has to take the hit financially for a couple of years while under conversion, and until we start seeking it out in supermarkets and farmers markets as well as restaurants, many poultry farmers will be understandably reluctant to make the shift. Even forward-thinking entrepreneurs like Garret and Sofie can’t sell it to us if the supply isn’t there and if we’re not prepared to pay for it. Perhaps we’re moving towards that day, or towards more Irish producers adopting the higher standards of ‘traditional free-range’ chicken such as Label Rouge in France. 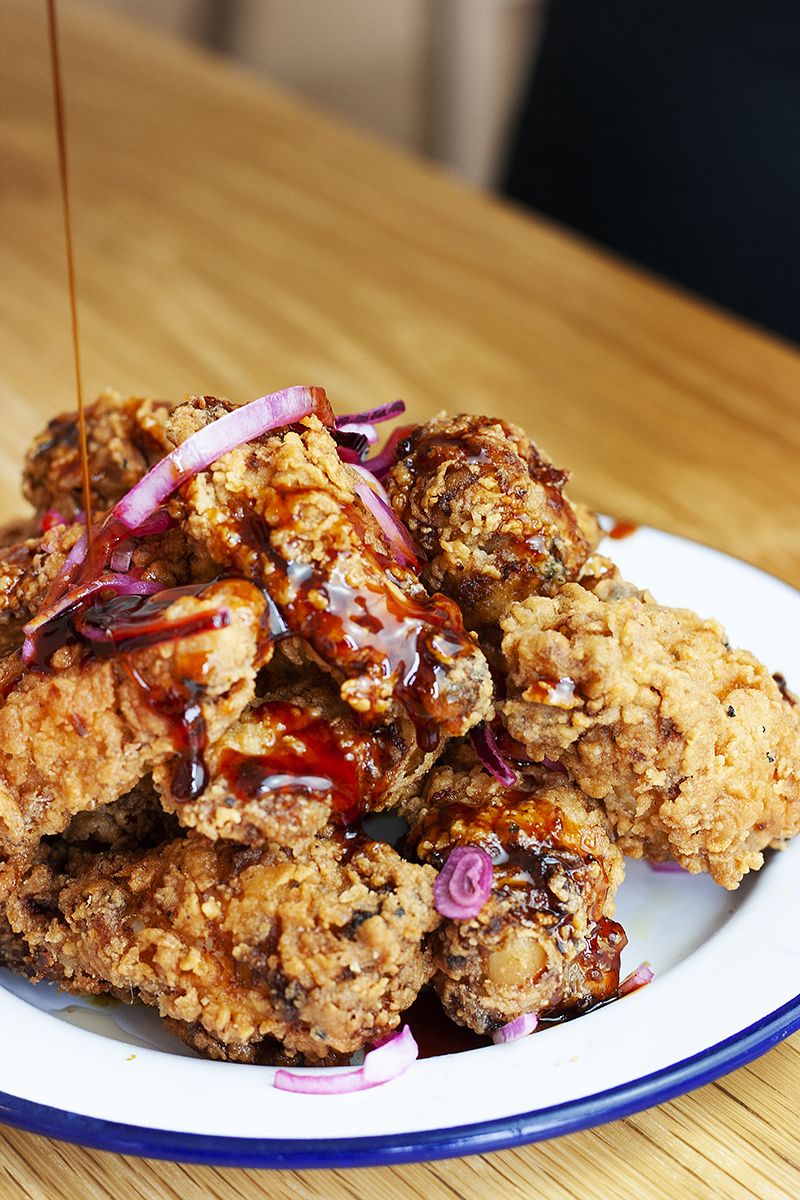 Without doubt, Chimac’s offer marks a commendable improvement on many competitor’s sourcing standards. And when it comes to flavour and texture, they’ve nailed it. The space feels fun, if in danger of already looking scruffy, and it was hopping when we visited, as it deserves to be.

The Bottom Line: We spent €20 a head (before tip) on a delicious feed washed down with excellent Irish craft beer.