So It Goes... Straight Outta Bordeaux 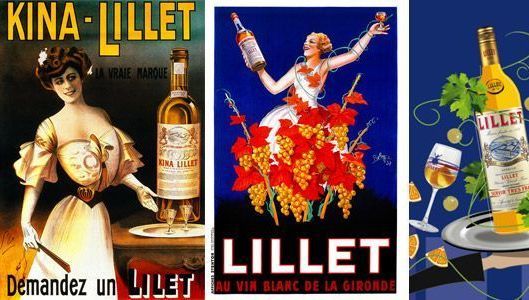 This month, Ernie Whalley's much-loved monthly column on all liquid assets is focused on his recent trip to Bordeaux and a trip down Lillet lane.

In Ian Fleming’s Casino Royale, published in 1953, his fictional hero James Bond summoned up a drink called ‘The Vesper’ (the incident was reprised in the subsequent film). The recipe for Bond's cocktail was “Three measures of Gordon's, one of vodka, half a measure of Kina Lillet”.

Kina Lillet, a compound of wine; quinine, a bitter ingredient extracted from the bark of the South American cinchona tree or “kin-kina” in the local lingo; and liqueurs derived from citrus fruit peel, was formulated by the brothers Raymond and Paul Lillet, purveyors of fine wines and spirits in Bordeaux. Quinine has long been held to have medicinal properties, as a muscle relaxant and has been used for centuries to treat malaria. Clearly, the ingredient does nothing for dementia. If Mr Bond had been more on the ball, he’d have known that the preface ‘Kina’ was omitted from the label back in the mid-1930s! 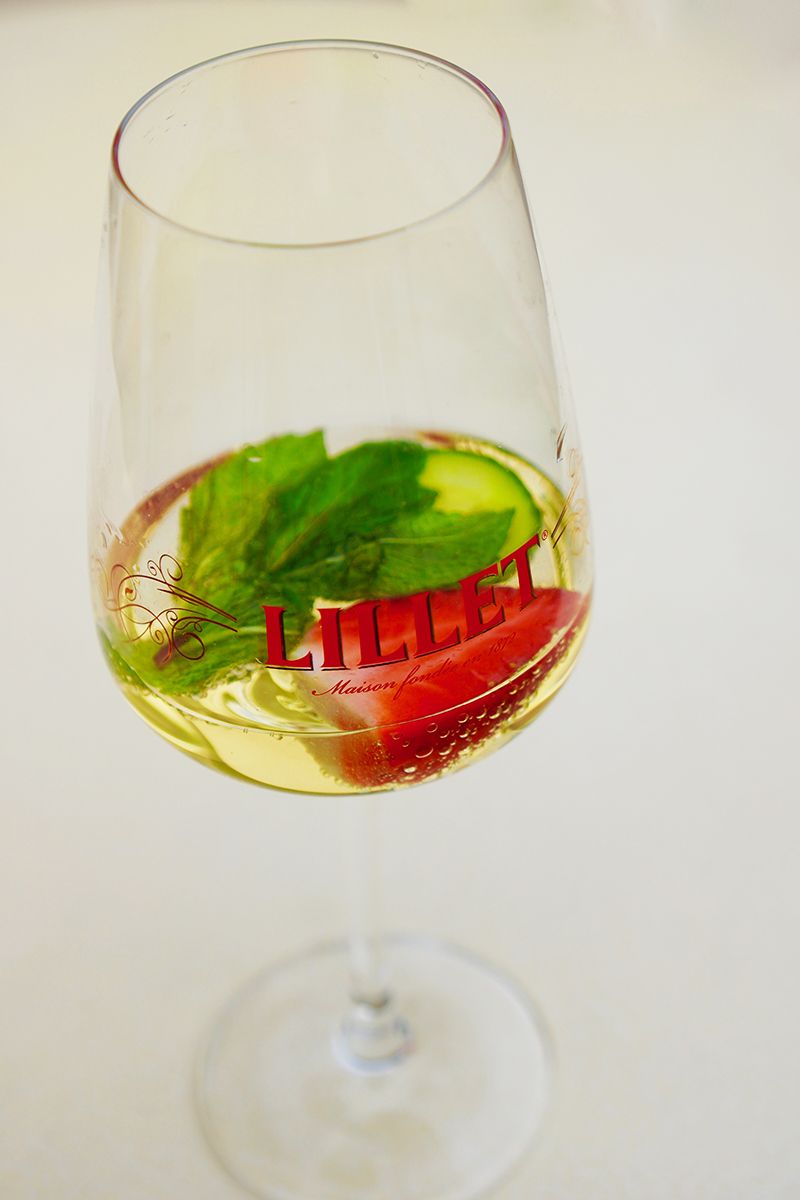 Launched in 1895 Lillet quickly became known as “the aperitif of Bordeaux”. During the 1920s the company launched Lillet Dry for the English market, which was usually mixed with gin. When Lillet Rouge was introduced, ’Blanc’ was added to the label of the original.

The wine used to make Lillet Blanc is made from Sémillon, with, I was told when I visited the winery recently, “A varying proportion of Sauvignon Blanc to increase fragrance. “ Occasionally, a grape distillation is employed in order to achieve the desired 15% ABV (alcohol by volume). The Rouge, introduced in 1962, has a Merlot base and the Rosé, released in 2011, a Sémillon base. The range also includes three premium Reserves. 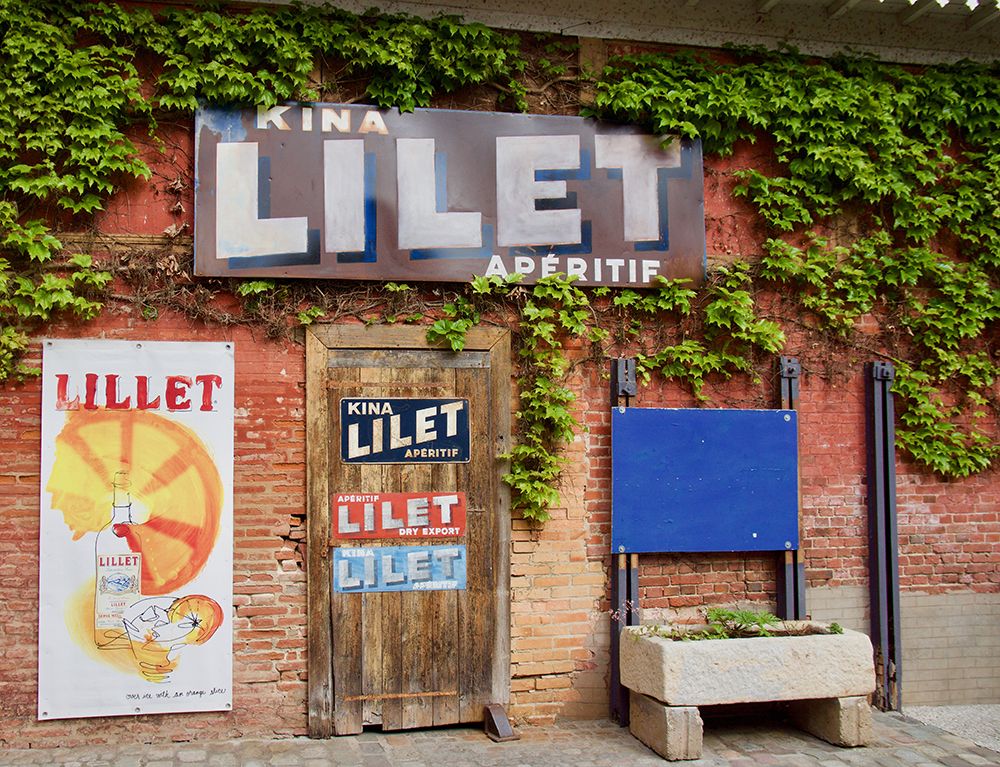 Lillet is still made in the charming artisanal factory in Podensac that the bothers built in 1922. The fruit liqueurs that go into the blend are made from fruits, peels, and barks from around the world, undergoing ageing, racking, filtering, and finings any ‘normal’ wine before being combined to age in oak for several months to cohere.

Lillet’s popularity soared beyond the shores of France after World War One, becoming hugely in vogue among the socialites of, in particular, Britain, Germany and the USA. Bartenders took to it in droves, appreciating its bitter tang and inventing cocktails like the aforesaid Vesper, The Corpse Reviver, the 20th Century and The Old Etonian to showcase Lillet, which is not a vermouth, though mixologists tend to employ it in a similar fashion in cocktails. 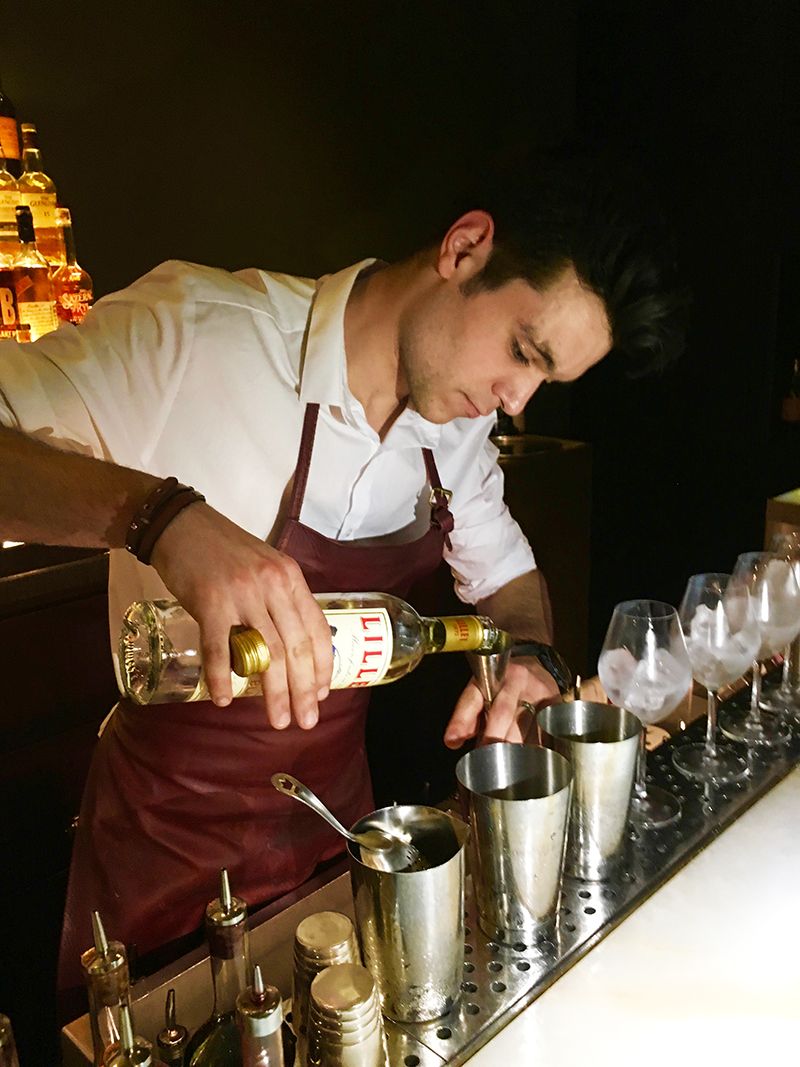 Advertising has played a large role in Lillet's history with successful prominent and colourful campaigns dating back to the 1920s and ‘30s. The drink’s popularity was scuppered by World War II and the joyless austerity that followed, though some still clung to it. My eccentric Aunt Ethel, in whose hotel kitchens I laboured as a teenager was one such. She enjoyed but three drinks - Taylor’s Port, which she pronounced as a single word, as in  “I’ll have a Taylorsport”; Crème de Menthe (to excess, in her dotage); and, her preferred aperitif, a “Gin & Lily”.

Lillet eventually passed into the hands of the Ricard arm of drinks giant Pernod Ricard who reshaped the brand, positioning it as “the champagne of aperitifs”, particularly in its biggest global market, Germany. Production soared to a record 1,000,000 litres in 2016, with 40% increases in both the subsequent two years. The drink’s “born again” popularity seems assured. We hit warm weather on my recent Bordeaux trip and Lillet, as a G&T alternative or as a spritz with sparkling wine hit the spot on a number of occasions, most favourably as the preface to a shellfish lunch on a boat in the bay of Arcachon. The low sugar content - less than 2/5ths of that of Aperol – should help Lillet gain favour with the wellness brigade.

Finally, Lillet Blanc (and sometimes rosé) plays a key role in one of my own fave tipples - a concoction of my own I’ve christened the G.U.M - Grown Up Martini. 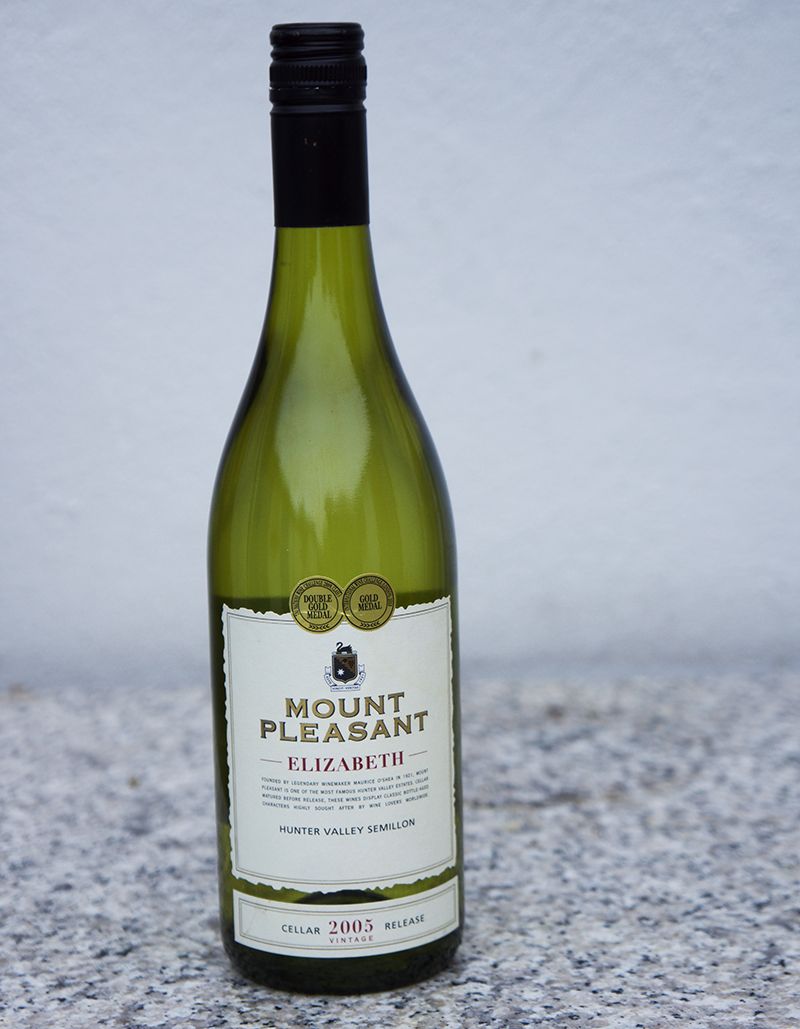 Fossicking about the other night in what passes for my wine cellar I came across a bottle I really thought ought to be lifted and drunk. Okay, I’ve heard all the folklore that Hunter Valley Semillon can last up to thirty years but my own philosophy is I’d rather drink a wine ten years too early than a day too late. The bottle was a 2005 McWilliams Mount Pleasant Elizabeth, yes, 14 years old. I remembered buying it, along with many of its fellows, now, alas, all gone. At the time, Mount Pleasant had gone through the hands of two Irish agencies. The second did little to push the brand and the residue eventually ended up in “selected branches of Tesco” marked down to under a tenner a bottle.

It struck me that this was astounding value, being approximately half the normal RRP at the time. Unfortunately, it struck others likewise and when I went into my local Tesco to purchase I would find fellow wine scribes Raymond Blake and Tomás Clancy engaged likewise in snapping up shedloads. Not much let for Joe Public, I fear. When Tesco Sandymount supplies ran out I motored over to the Ranelagh branch where I found two more boozehounds pursuing the same quarry.

Anyhow, to cut a long story short, the 2005 was pristine and lovely, with a nose akin to the of aged Riesling with a gorgeous lemony lift. On the palate, a wealth of complexity and a mellifluous mouthfeel. Truly delicious.

I did a little digging and found that the Mount Pleasant Elizabeth Semillon, along with its joyful sibling Shiraz was back in the hands of Ampersand, the original Irish distributor. The agreement is only recently signed and the wines will shortly be making their way to good independents, the likes of McHugh’s and Redmond's coming to mind. RRP will be approx €30, still astounding value for a classic that will age spectacularly. 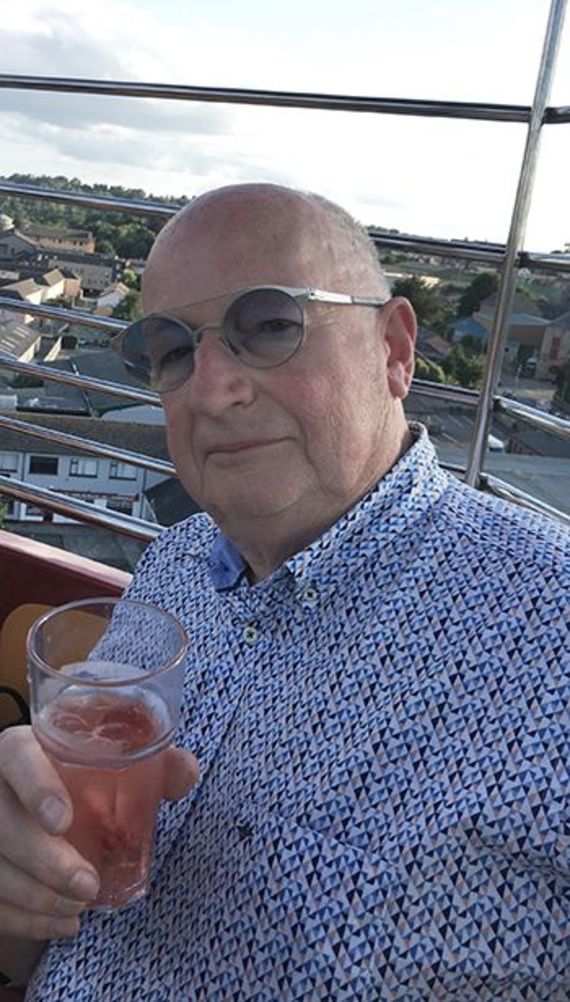 The restaurant has held a Michelin star since 2003.

This delicious recipe for Irish brown bread comes from Avoca.

Kitchen essentials with a colourful twist.

This recipe from Brenda Ryan is deceptively easy to make.

Why Burger King thinks mould is ...

The chain's new advert showcases the lifecycle of a preservative-fr... 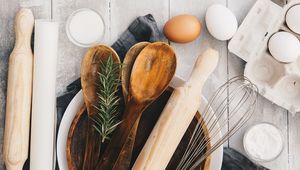 What We're Cooking This Week

Five recipes to get you through the week. 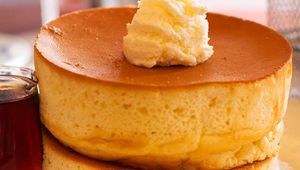 This recipe from Aldi requires a little effort, but the end result ... 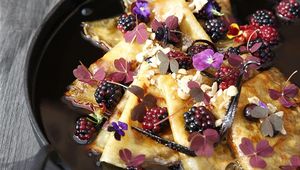 Barbecued pancakes with coffee a...

This warming recipe comes from the seafood experts at A Caviston. 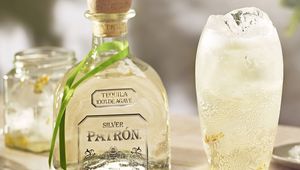 The brand will be hosting events in Dublin and Cork tomorrow to cel...

The restaurant has held a Michelin star since 2003.

This delicious recipe for Irish brown bread comes from Avoca.

Kitchen essentials with a colourful twist.

This recipe from Brenda Ryan is deceptively easy to make.

Why Burger King thinks mould is ...

The chain's new advert showcases the lifecycle of a preservative-fr...

What We're Cooking This Week

Five recipes to get you through the week.

This recipe from Aldi requires a little effort, but the end result ...

Barbecued pancakes with coffee a...

This warming recipe comes from the seafood experts at A Caviston.

The brand will be hosting events in Dublin and Cork tomorrow to cel...