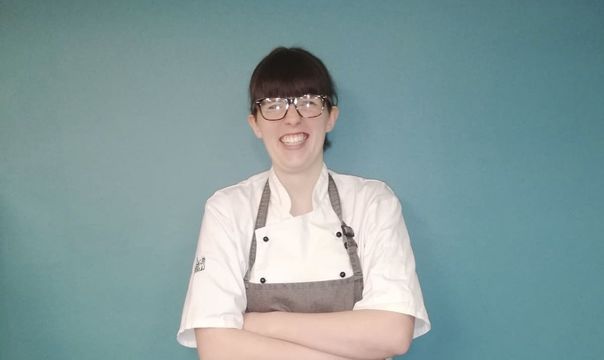 Holly Dalton, head chef at newly opened Gertrude on Pearse Street, is definitely one to watch.

Since Holly completed her BA in Culinary Arts at Dublin Institute of Technology, she has bounced around some of the best kitchens in the capital, including Restaurant 41 and Chapter One. Three years ago, after her time in the fine dining scene, Holly joined Colin Harmon’s 3FE café on Grand Canal Street as head chef.

Gertrude is the fifth location from Colin Harmon, joining two 3FE locations, Five Points in Harold’s Cross and Daniel on Clanbrassil Street. With Holly creating delicious dishes, as well as Gertrude’s bright and relaxed open-plan setting, the restaurant is sure to do well; it gives off casual vibes, with food that is both tasty and innovative at a very reasonable price point. From trying a few dishes ourselves, we know that Gertrude will definitely become one of our new favourite lunch spots!

Here we chat to Holly about her career so far, Gertrude and who she would like to cook for. 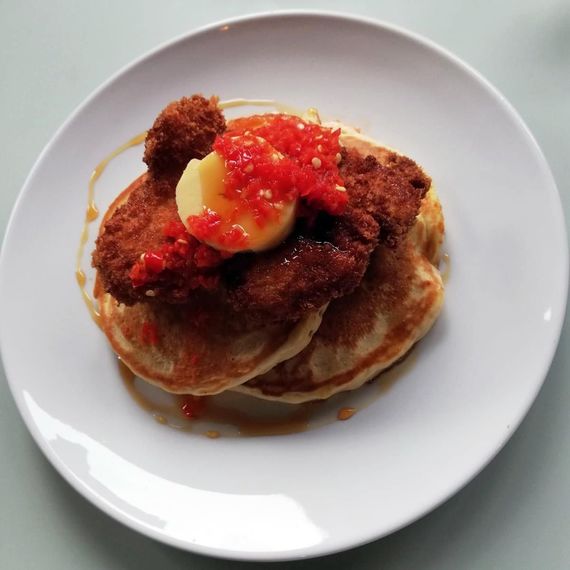 How do you think Gertrude will compare to 3FE?

“I think that the main difference is that when people think of 3FE, they are always going to think of coffee and it doesn't matter how good the food ever is in 3FE, people are always going associate it with coffee. So Colin wanted to open a place where people can have a career path with food so if somebody is working in Grand Canal Street café and they want more in their career as a chef, they can come and work her. Gertrude is about building career paths in food, but especially sustainable career paths in food. We were supposed be open for dinner another two nights this week but we don’t have the chefs, so instead of everyone having to eighty hour weeks, we just aren’t going to open those nights. That just goes to show that Colin backs up what he says about sustainability and having a happy work force, which is a really big part of what Gertrude is all about.

Even though we serve the same coffee that we do on Grand Canal Street, food is at the forefront here in Gertrude and coffee takes a backseat. Robin is the executive barista for all the 3FE shops so she runs a very tight ship to make sure that every shop is very consistent.

We’re also going to focus on wine here, this is the first location that we serve alcohol. Pete Conway, formerly of Green Man Wines, has put together a great wine list for us and it's been great working with him.”

What is your favourite dish on the menu?

“My favourite dish on the menu, and probably the one that I'm most proud of, is the bacon and cabbage dumplings. Many moons ago I worked in Yamamori and I was on the steamer section, o my entire job to make around 300 dumplings a day. I wanted to make the Irish version of that, so that's where the bacon and cabbage dumplings come from. They’re probably my favourite dish, they taste amazing and I’m really proud of them.

This is my menu so I'm happy with everything. I love the tomkatsu sandwich as well. I just came back from a trip to Japan where to tomkatsu counter sandwiches were a huge thing but I had never seen one on a menu in Ireland. I really love the scampi fries too they’re so delicious! To be honest, I’m very happy with the whole menu.”

Sitting at our coffee bar, watching the world go by. Come say hi!

How involved were you with the development of Gertrude?

We had a rough idea about when we would open, so obviously seasonally it's based on the time of year, but I also wanted the menu to be accessible. We were thinking about diners and diner menus do not change: you can come in at 8am and get steak and eggs or you can come in at midnight to get eggs and toast. We wanted to open a place that was essentially a diner, except with a real emphasis on quality.

So, every time I put something on the menu I ask myself ‘In what time frame would I eat this?’, like would I have scrambled eggs and crab at 9pm? Yeah, I probably would! So even the dishes that are more breakfasty, I added something to just elevate them so it would be more acceptable to order at a later time. That was the main inspiration for the menu.”

Is there any person you would love to see come into Gertrude and eat your food?

“I’m good friends with Jess Murphy from Kai and she's a really big inspiration to me. We’re friends, but her food shows a really high level of skill yet it's very accessible. She’s coming in here on Saturday, so that’s exciting. She’s always been so supportive of me and she’s a fantastic role model for women! Jess is probably one of the busiest women in Ireland but she always takes the time to engage with people, which is so great.

In terms of people I don’t know, I’ve been cooking in kitchens since I was 15 and I’ve always had a fantasy of serving Nigella Lawson. She always goes to Etto when she comes to Dublin but if she came here, I think I’d lose it! I think she’d like it in fairness though. Her books were some of the first I ever bought when I was like a teenager. She's just brilliant and her food is really accessible too.“

When @kai_galway comes to visit she takes nice photos of me. Heartfelt thanks to everyone who came in to @gertrudeireland this week. Delighted with our team already. Onwards! 💪

How would you describe your career so far?

“My career as a chef initially started with me being really into street food but then I quickly realized that I would have to work fine dining to get trained properly and get the skills behind me to be able to produce very high quality food. I did that up until about three years ago when I came to 3FE.

I think by now I have the knowledge behind me to be able to put fine dining into casual food. I want to make food that is accessible and that my friends can come eat.  None of my friends could ever eat in the fine dining restaurants I worked in because they were too expensive. So I want to make food that is accessible, that's tasty and is like comfort food. There has to be skill involved in my food but I’d describe it as comfort food.”

@allthefood_ie took this deadly photo of our bacon and cabbage dumplings. Thanks so much to everyone who called in today! 🥟

We seriously recommend you get down to Gertrude soon as the food is too good to be missed – the pancakes with fried chicken and honey butter were a particular favourite of ours!