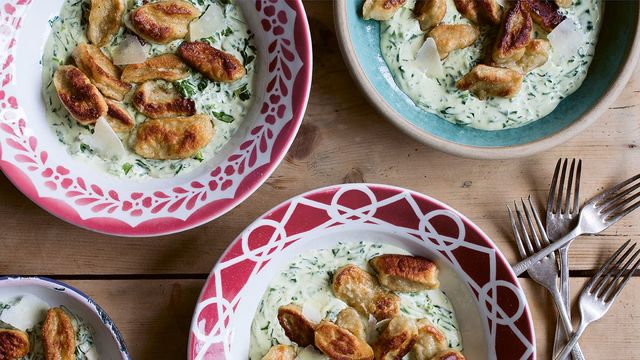 "Creamed spinach is a traditional vegetable accompaniment in Germany and is often eaten with buttery mashed potato and a fried egg- this is, I suppose, potatoes, eggs and spinach made a different way. The flour and egg bind the dumplings together in this recipe, so it doesn't matter which potatoes are used."- Anja Dunk

For the potato dumplings:

For the spinach and Parmesan cream:

All recipes have been reprinted from 'Strudel, Noodles & Dumplings' by Anja Dunk. published by 4th Estate, an imprint of HarperCollins Publishers. Photographs by Anja Dunk.