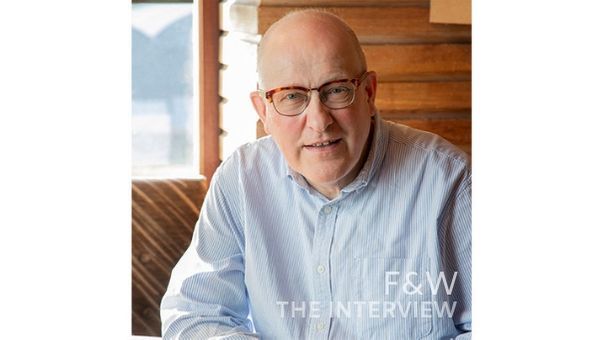 Following on from The O'Connell Family Story, we chat to Tom O'Connell about how the skills he learned from his mother have left a legacy on the Irish restaurant industry.

Tom is the middle child in the O'Connell clan. Similar to several of his siblings, Tom was destined for a career in hospitality. After studying hotel management at Shannon College, he went on to work in the food and beverage industry for many years with the Hilton Group, at the Savoy Hotel in London and the Berkeley Court Hotel. He then opened O’Connell’s in Donnybrook with his brother Rory in 1999, having found that food had always followed his career:

“When I got to Shannon College, I found that the food wasn't challenging me at all and it was actually the easiest part of the course, which I think was due to coming from a home where food was important. I went on to build my career on food and beverage and in 1999, I opened O’Connells in Donnybrook with Rory and then my wife joined. We kept going for about 19 years and we crawled our way out of the recession but eventually, it got us. The business closed last year and we sold it to Oliver Dunne (Bon Appetit & Cleaver East)."

"Now I go into businesses to help establishments complete larger projects. I am approached by the owners, who are not able to do certain projects, so I go in and help to finish these longterm projects that they haven't had time to complete."

"I think I would be known professionally as somebody who is committed to the highest standards and to provenance. I remember when we opened O'Connells I was obsessing about provenance and small producers. I remember somebody saying to me 'Tom, nobody wants to know where Bessie the cow comes from', but now everybody wants to know about where their food is from. I was a founding member of Good Food Ireland and, through the years, I have been very true to that organisation because it's all about the small producers.”

O’Connells in Donnybrook was one of the capital’s best-loved gastropubs before closing. Tom’s sincere love of great food shone throughout his career, a quality that he says was instilled in him by his mother. This love of food is so important to him that he has ensured his children are inspired by food too.

“My mother taught us about having a serious work ethic and she made sure we understood food. One of my sisters-in-law who is married to one of my older brothers remarked to me a few years ago that she remembers that when I was a child I was able to prepare a full dinner when I was about eleven years of age, including desserts and everything. I think our mother always stood back and allowed us to cook, but she corrected everything and taught us that way.

I remember coming back from England, when I'd been living there as an adult for a decade or so, and telling Mum that I couldn’t get my scones right. She told to me show her how I made them and she corrected me – I was well into my 40s at that stage. She had a very good baker's hand and now I am personally very well known for my scones, which of course are really hers. I opened a coffee shop on Dawson Street where my mother's scones can still be found on the menu served with fresh whipped cream and jam made by Veronica Molloy from near Thurles in County Tipperary." 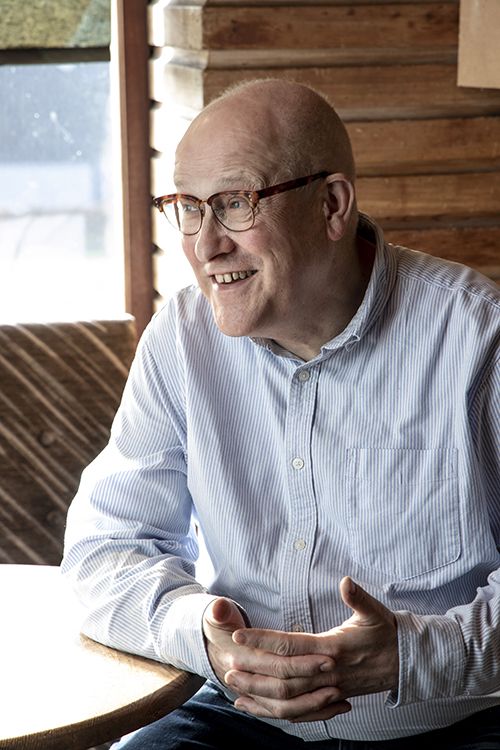 Read more: The O'Connell Family Interviews: Blathnaid and The Business of Food

While interviewing Tom, it was clear how important his mother’s legacy was to him and his siblings. Mrs O’Connell was an inspiring woman who raised nine children and ran a business all by herself after her husband died. The impact that this woman’s work ethic and love for food had on her children cannot be underestimated – it is clear that Tom has tried to further her influence throughout his career:

“She was a widow with nine kids and she just grabbed the thing by the horns, because she had no other option. She just thought about what she could do and realised that she was a very good cook. There were cars going past all the time and suddenly, you would drive past here at midday and the place would be full. Her mission was that she had to clothe, feed and educate nine children, so she did what she had to.

My mother did home-cooked food, but she was such a good home cook. She did chicken pies, open brown bread sandwiches and the like. She was doing stuff that people were maybe eating at home, but you definitely couldn’t get out. This was definitely one of the original gastropubs of Ireland. I think she was quite forward thinking for her time and her vision has been achieved through all of us. She had come from a house where there was good food, so there really has been a legacy passed down.”

With so many of her family working in the hospitality industry, it is clear that Mrs O’Connell’s food legacy will be carried on throughout her children’s and grandchildren's lives. During our interview, Tom told us how he has passed on what she taught him to his own children:

“Right to the end she was still directing us and teaching us about the best ways to cook. I’ve tried to pass that on to my own children; two of them are in their 30s and they still call home for recipes. It's desperately important to me that they know how to cook because it’s all about their health. My son is 26 years of age, he goes to college over in the UK, and this week he was on the phone asking about recipes, how to cook them and then doing them with WhatsApp video. It's just essential for them to know how to cook.” 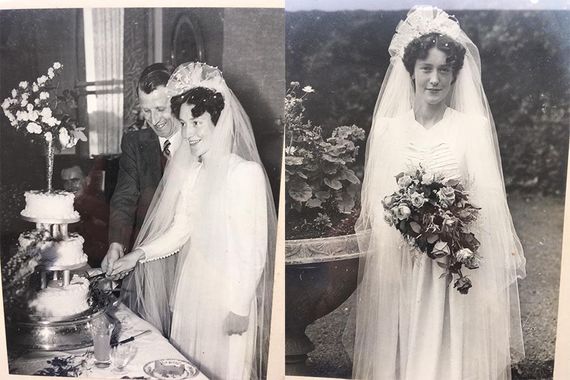 Mr and Mrs O'Connell on their wedding day.

Without their mother’s love of food, it’s unclear where the O’Connell’s would be – or where, for that matter, the Irish culinary community would be. This family has quietly helped to shape Irish food for decades, but for Tom believes it was always a natural path for him and his siblings:

“It comes naturally for us to work with food and it astounds me to meet someone who has never cooked. In all of my jobs throughout my career, it was very easy for me to be good at what I did because of what was ingrained in me.”