F&W: The O'Connell Family Interview - Paddy O' and the Next Generation 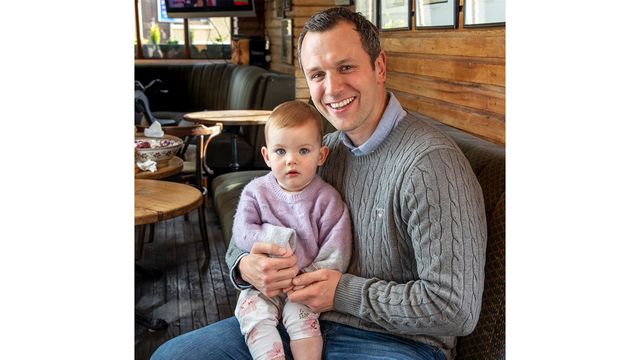 Our O’Connell Family interview series is coming to an end but we have one last story for you to enjoy: Paddy O’Connell, son of William O’Connell, is continuing on the family’s food culture through his business, Paddy O’s Cereals.

Paddy first discovered granola while on a J1 to Hawaii while he was studying auctioneering in Dublin Institute of Technology. He loved the variety available and was disappointed to discover that he couldn’t find the same products at home in Ireland.

“It was something that wasn’t really on the market, there were maybe five other products on the shelf that would be comparable to granola. At first, it was very much about educating people on what the product actually was and there was a massive amount of pressure for it to be a decent product.”

“We went from literally making it in a little pot that was about 4/5inch circumference and now we sell our product throughout the country, in cereal boxes, in pouches. We actually brought out three new products recently, a date, coconut and maple crunch, then a grain-free nut and seed granola, followed by high protein granola. The idea was just to have excellent products and now food service is a really strong part of what we do that’s just growing constantly. It’s a nice feeling, to deal with chefs that are passionate about food, so they really understand the quality and the uniqueness of the product.”

Paddy’s dad William ran the family pub in Cullahill after his own father passed away. When Paddy was growing up, he worked in the pub alongside his family members, learning all about food and business:

“I remember being around six or seven years old stacking shelves here and getting paid £1 an hour. It was great to chat with older people all the time and I got to know the customers. I learned to deal with difficult situations, how to deal with happy situations and just got a real feel for customers and talking to people, something that I think is so important.”

Like his father, his aunts and uncles, Paddy learned from Mrs O’Connell - she taught him about food, hard work and more.

“I would have been in my early 20s when she died, but what I best remember about her was trying to avoid eye contact! Any time you saw her, she would hand you a sweeping brush or something like that, she taught us to work. She used to bring us to school and when we would go up to her house, there was always the exact same smell the minute you went through the door. It was always a smell of food, stews and baking, it was delicious. Her food was always stunning. From what I remember when I was younger, it was always so hot that you would burn your mouth because you wanted to eat it straight away. I always remember her as someone everyone looked up to. When you meet someone in the village that knew, they would always say ‘You’re of her stock’, which is always a positive thing to hear.”

Looking forward to kicking off the first ever Irish Porridge Champs on Saturday morning. We have an unbelievable crew of entrants and my co-judge Rachel Allen and I will need to come hungry! The two winners will go on to represent Ireland in World Champs in Scotland - we'll keep you updated! #IrishPorridgeChamps #EmeraldSpurtle #TheFolly

Following in his father’s footsteps, Paddy is set to take over the family pub in Cullahill, where he first worked alongside his grandmother and cousins. While the pub currently only serves drinks, Paddy has great aspirations for it:

“There is a little kitchen upstairs which is actually where I started making my granola. We only to drinks in the pub right now, but we are hopefully going to be serving food by the end of summer, really casual stuff at first. Initially it will be sandwiches and a bit of soup to just focus on the passing traffic. We’re hoping to hold events too, like piano nights and the like because there’s always so many people around, even though the motorway has taken many away.

I always wanted to have my own business throughout my life, it was a real calling but I hadn’t a clue what I wanted to get into. I did three months in the cookery school in Ballymaloe to get a knowledge of food. That’s where I really got the idea of my business, then I went back to college and started the business, bringing bags of granola and selling them to my fellow students and lecturers. To bring food back to the pub is really coming full circle. Everything I’ve worked for has been hard but really enjoyable.” 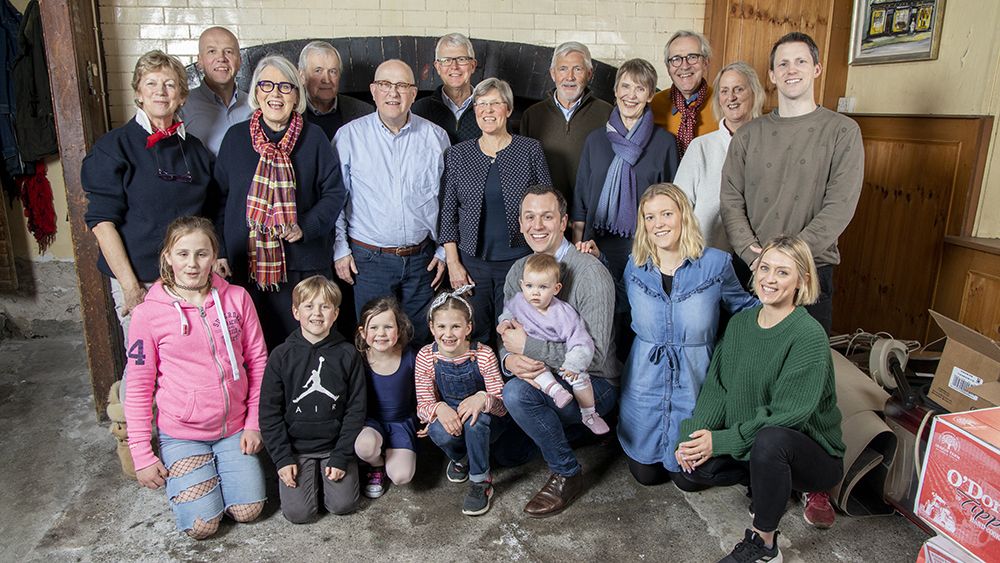 The O'Connell siblings and some of their extended family.

“I would say that everyone in this family is passionate and willing to give an opinion. Whether you are doing things right or wrong, there is no holds barred here. You really have to put on a tough skin, but I think family is always still there.”

Tom and his legacy in the restaurant industry

Richard's journey to the bakery