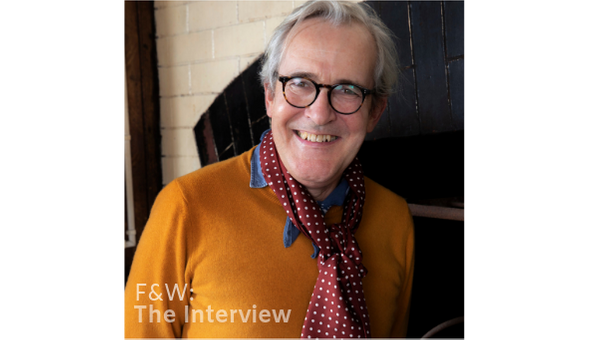 One of Ireland's most renowned and loved chefs, Rory O'Connell is also part of The O'Connell Family Story, which has been unfolded on FOOD&WINE for the past three weeks. In this penultimate interview with family members, we chat to Rory about his career, cooking with his mum, Mrs Allen in Ballymaloe, and the influence these two women, of a similar era and mindset, have had on his food philosophy.

Rory is without a doubt one of the nicest people you will ever meet. He is kind and generous with his time and always has a smile for people who come up to say hello, whether in Ballymaloe Cookery School or at a food festival around the country.

His cookbooks and TV shows have been hugely popular. People love his friendly manner and his way of explaining food that is both knowledgeable and simple, so easy to follow, and always delicious! 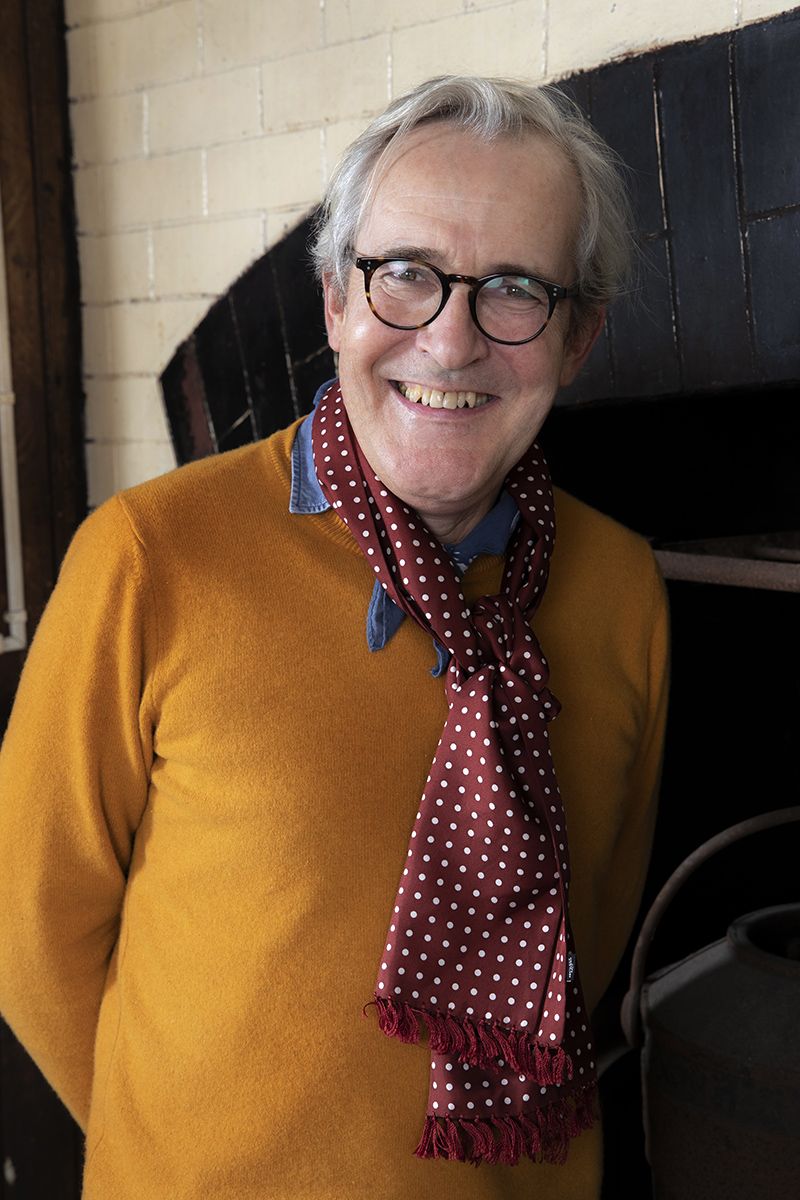 Rory's first experiences with food and cooking were at home. Being one of the youngest of nine siblings, he had jobs to help out at home as much as any of his siblings. He helped his mum cook and learnt her skill as he watched her bake every day. A woman who taught him values around self-sufficiency, from growing your own food to milking your own cow, and in feeding yourself properly with the best local and fresh produce.

Fast-forward in Rory's career to his time at Ballymaloe House and Cookery School. Again, he is learning from a woman, Mrs Allen, who has similar values around food and whom he studied under and worked for many years.

With these two incredible women in his life, influencers of their generation, it is no wonder he chose to work in food and has a passion for ingredients and using local produce that he honours today and teaches to others.

Here, Rory tells us more of what his mother was like and the knowledge she bestowed to him.

Was it your upbringing that led you to your career?

"Yes, I would say definitely, because, as some of the others alluded to, that when we were growing up we didn’t necessarily think that what we were eating on a daily basis was unusual, and my brothers and sisters have said they don’t necessarily think it was unusual. But, I think my Mother was an exceptional cook and that definitely coloured the fact that I became interested in cooking and subsequently passionate about cooking and food. Because it’s in my blood and also because I think it was so important and so central to our little life here in Cullahill and those moments around the table, they were just happy and fulfilling in so many different ways. So without a doubt, I am where I am because of that."

"Also, I think, you know when you cook for people whether it’s teaching or in a restaurant or whatever, and the pleasure of giving pleasure and I that really appeals to me. That I think is partly rooted in the pleasure that I felt from the food that I ate at home when we were all just sitting around the table." 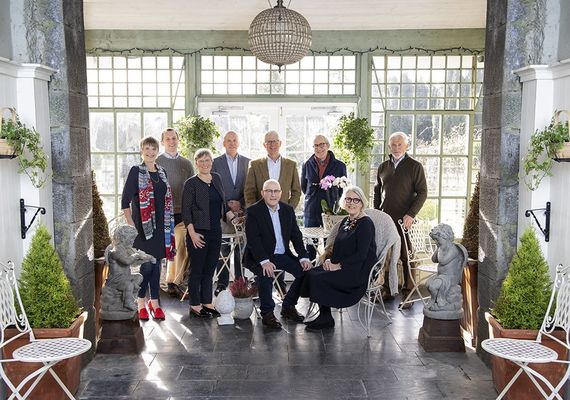 Do you teach your family recipes?

"Very much so. Also because our mother cooked for nine of us, and as Darina said, there was always cooking going on in the house. In a way, I cook partly out of a sense of duty to people like my mother and also to Mrs. Allen at Ballymaloe, who was also a great influence on me, because of the way they cook. So I feel sort of a sense of duty to do it right, I really do. That is tied in there, underneath in a sort of hidden way."

Did your mum like that you had gone into food?

"I think she really did. When I left school, I went to university to study law and it didn’t work for me, it wasn’t what I wanted to do, and she saw me kind of wallowing around, trying to do various other things, I did fine art auctioneering for a few years, and so on."

"Then when I started cooking, and because when I started cooking it was so instantly obvious to me, and to my mother and people around me, that it just ticked every box for me, physically, emotionally and all the rest of it. I think she was thrilled. Because she loved food; she loved to hear me talk about it and we talked about it. When she came down to Cork to stay with me, we would talk about food and we would eat together. It just made complete sense to me."

A post shared by Ballymaloe Cookery School (@ballymaloecookeryschool) on Nov 14, 2018 at 12:14pm PST

Did your mum and Mrs Allen meet?

"Yes, absolutely. They got on very well, they had very similar stories and they had great mutual respect. Mrs Allen completely recognised that my mother was an exceptional cook and she talked to my mother about cooking and asked for some of her recipes. There was a tremendous amount of mutual respect. They were also of the same sort of era."

"I always found that really interesting… They lived through the war, when food was scarce, and when an orange was a precious thing. When I was growing up there was the same sense, all food the food we ate was precious, there was nothing thrown away, nothing was wasted, everything was precious and it was regarded as being a sin when we were growing up to waste food."

"That integrity ran through the kitchen in Ballymaloe when Mrs Allen was running it when I was learning how to cook. Waste was just bad karma, it was rude, it was vulgar, it was an insult to the farmer or to the fisherman or whatever, so they both that sort of thing ingrained in them and to me that’s a very beautiful thing." 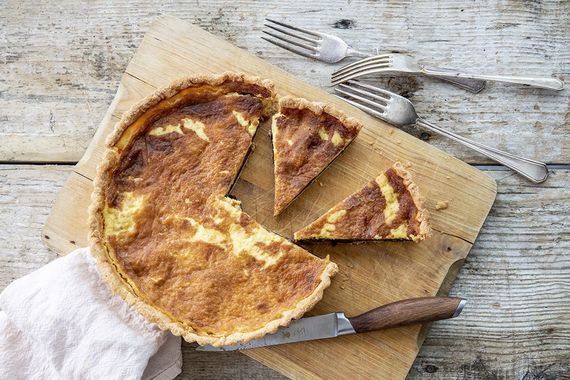 Tom and his legacy in the restaurant industry

Richard's journey to the bakery