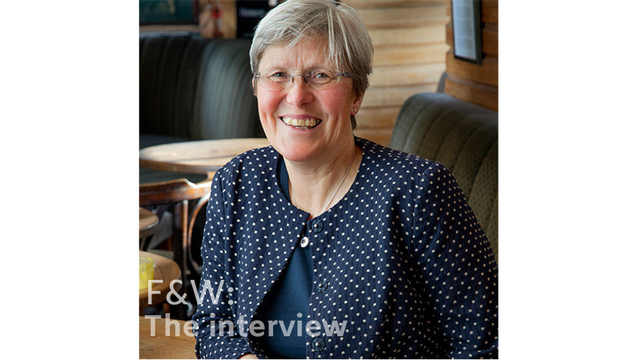 The youngest of the O'Connell Family, Elizabeth, started off on a career path in the kitchen but took a decision to follow the garden path instead, and in this interview, she tells us why this was the best decision she ever made.

Ballyfin Demesne is one of Ireland's most lavish Regency mansions, and after an eight-year restoration, it re-opened in May 2011 as a five-star country house hotel like no other. There are only 20 rooms in the mansion for guests, which sits on a 614-acre estate. The estate includes a lake, parklands, ancient woods and a walled garden with its formal borders and kitchen gardens. It is here at Ballyfin Demesne that Elizabeth O'Connell works as horticulturist and gardener and has found her true passion.

"I love horticulture. What I do at Ballyfin Demesne is I do most of the organizing of the production, so all of the food production basically. I plan all of that. When I started there in 2010 – so I'm there almost nine years now – we had a tiny little area to grow. There was an orchard but nothing much else. They asked me if I'd like to grow a little bit of veg, and of course, I did, and so now we are growing a huge amount of vegetables, fruit and solids and everything. It's great because obviously, they use it in the house, but it's also brilliant because we are growing everything from seed.

To me, it's like a miracle, growing... I am in my element; I absolutely love it. Because you are starting off with a seed and then a few months later we are eating the carrots from them or potatoes or whatever... all of that, we do a lot of microgreens, we do all the different fruit and also I have brought in, we've started to grow a lot of cut flowers because they need them in the house. But yeah, It's just up my alley. I love it." 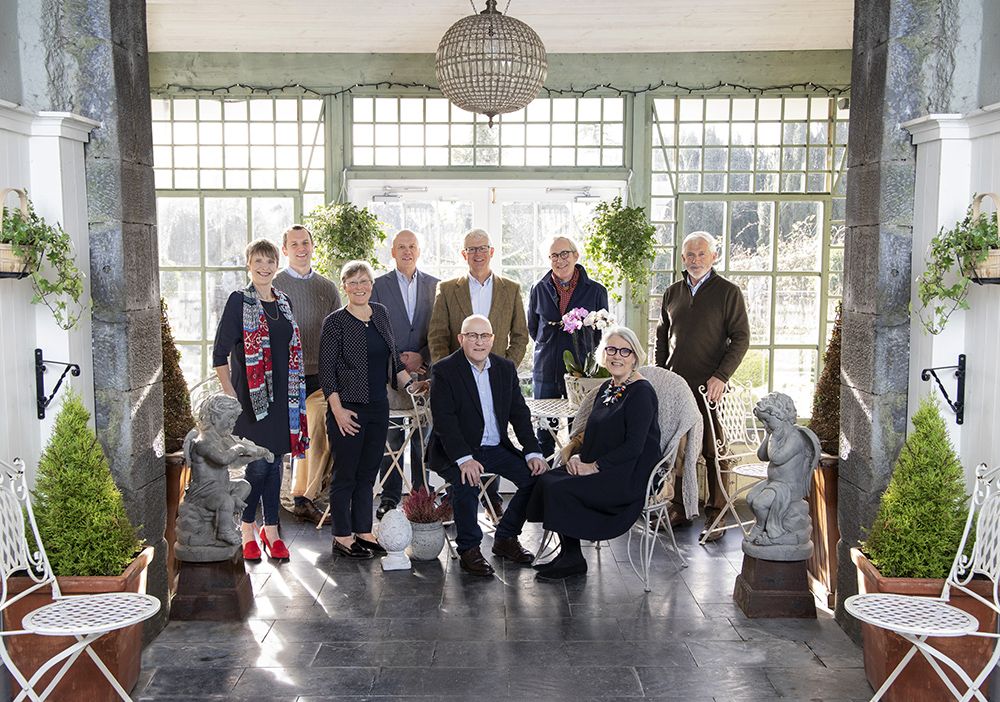 Growing up with food

"I absolutely think I ended up doing what I'm doing because of my upbringing. When I finished school one of the first things I did was spend a year in Ballymaloe cooking under Mrs. Allen. Darina was down there already, but the cookery school wasn't there yet.

I was working in the kitchens in Ballymaloe House, learning to cook. Obviously, I would have had all of the cooking experience from at home with Mummy. I also did a finishing school, same as Mummy had done one too, in Sion Hill (which was Mount Merrion Avenue at that stage). I was still very young when I did that; I was 16 years old when I did my Leaving Certificate and I went down to Ballymaloe and cooked for a year.

At the end of the year, it was September time, and I had a decision to make. At that point I was sent to Paris, Mrs. Allen had La Ferme Irelandaise in the place du Marché Saint-Honoré, and I worked there for six weeks cooking. Working in Paris in Mrs. Allen's restaurant was wonderful. It was a tiny place. All the food, the ingredients were coming over from Ireland. I mean, literally, in suitcases. Every time Mrs. Allen came over she brought over smoked salmon and lots of different ingredients in suitcases. You wouldn't get away with it now. It was a wonderful experience!

When I was over there, Mummy rang me and she said, 'you have a decision to make... you've been offered two places – Cathal Brugha Street to do Culinary Arts or Termonfeckin in Drogheda to do Horticulture – and you have to decide where you want to go within a week'. I chose Horticulture to study and I've never looked back." 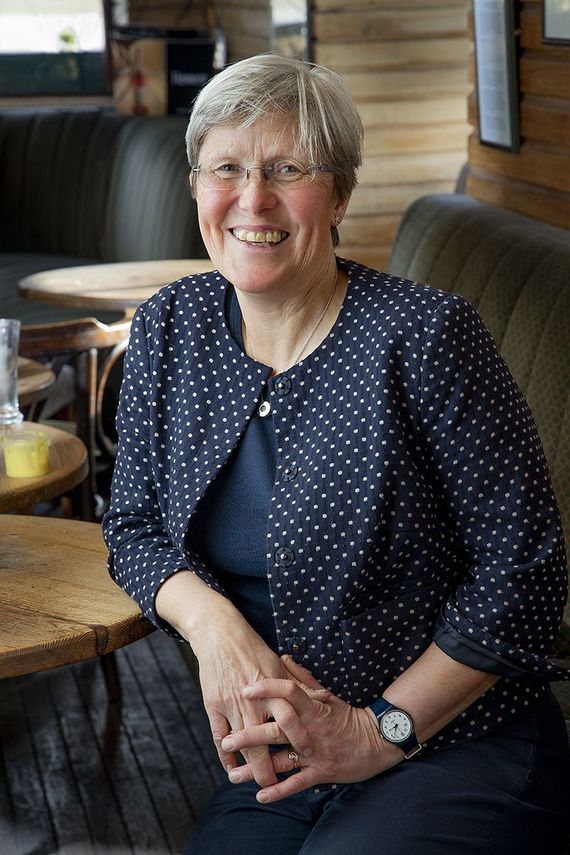 "I love being outdoors. I'm very sporty and I've always preferred to be outdoors, so that's why I chose horticulture. Mummy was a very keen gardener too and I got that from her. We had two gardens at home growing up... Because I am the youngest in the family, I would have spent a lot of time out with her in the garden. I picked up all of that, I suppose by... how do they say?... osmosis! And cooking too, from her. I just picked it up naturally, without even realizing.

One regret I have, which I just said to my husband recently, is that Mummy isn't here to see what I'm doing in Ballyfin because she would absolutely love it. She really would.

I am trying to be creative in the gardens in the layout and everything, you know within the vegetables I am growing flowers, all sorts of cut flowers. So now at the minute, I am planning for this year as to how I will do the bed layout. Then I have meetings with the chefs to see what they would like us to grow or whether we have too much of something or too little.

I love every minute of it. It's my passion. I love going to work every day doing that. And I suppose I had the option of either cooking or gardening and to me, I am creating something and I can see it in front of me... cooking is wonderful and you do also create something there, but it's eaten and then it's gone. So this way you can see the results right in front of your eyes and it's still there every year. Then the harvest goes into the kitchen and the chefs create something from it. But it's also when the guests come around the gardens and they look and see all of the produce there in front of them and they see it on their plate.

Career-wise, I am so glad I chose what I chose. I love being outside. I would go crazy if I was indoors all the time in a kitchen or something. This is me." 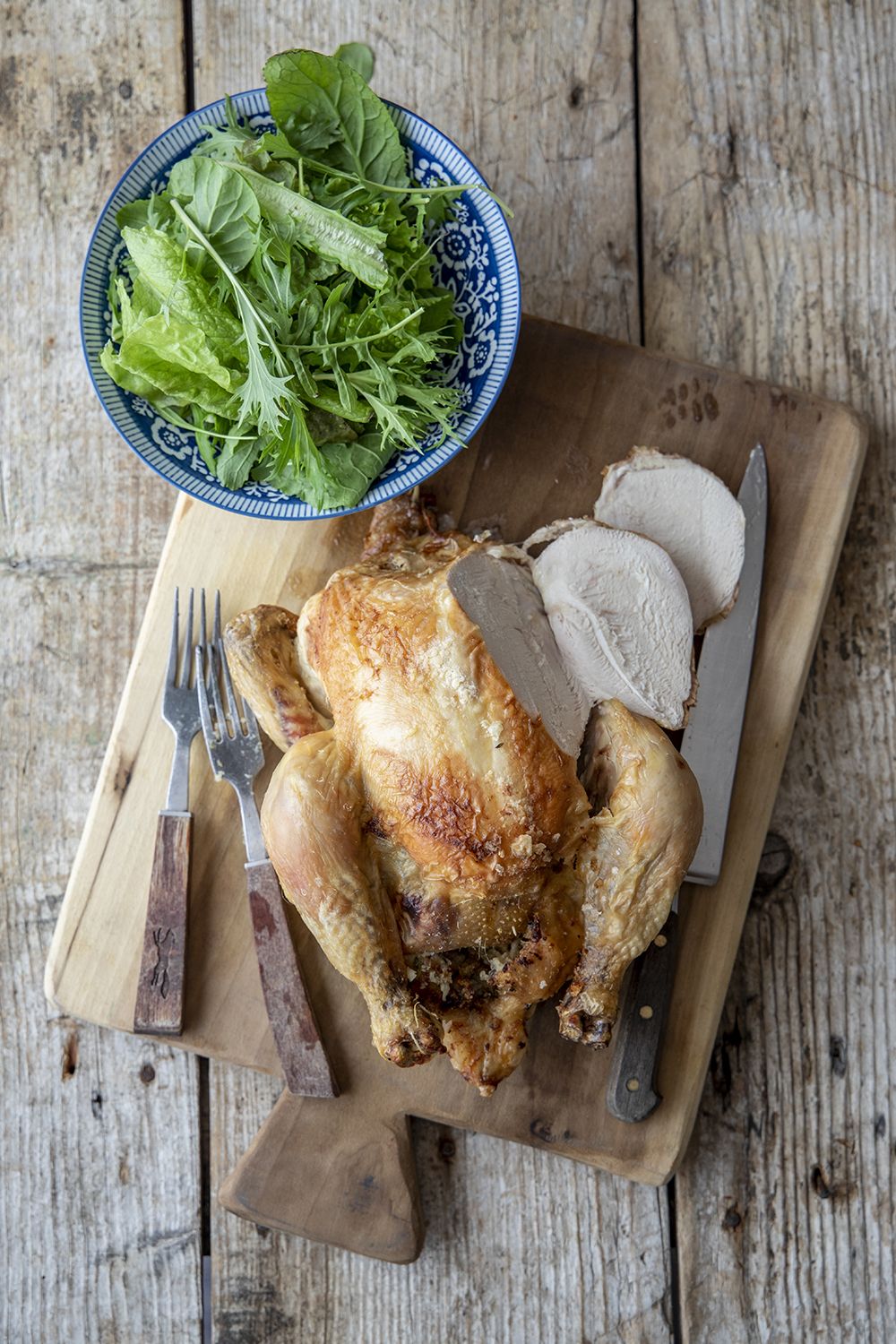 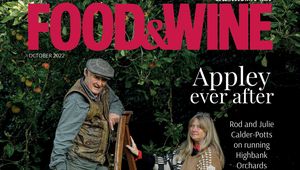