The show has finally hit its stride as this week saw the contestants show their true colours.

Week three of The Great British Bake Off was focused on bread and, under Paul Hollywood's eagle-eyed gaze, the contestants were tasked with creating a filled tear-and-share loaf, burger baps (with veggie burgers!) and a "display of artistically scored decorative loaves”, which all inevitably came with their own set of crazy complications.

This episode was easily the highlight of the season so far. The bakers finally seem to have settled into the tent and the show has hit its stride with Sandi and Noel's genuine rapport with the contestants coming across really well on screen. After several Channel 4 seasons, Prue Leith seems to have realised that the public craves a benevolent, giddy (dare we say, Mary Berry-like figure) presence and she now seems comfortable in role and far less stiff than in previous seasons. Paul Hollywood, on the other hand, has upped the ante and settled into his role as the fearsome, comical villain with ease.

Previous seasons had been criticised for being a bit too outlandish – remember the dampfnudel? – and for giving out Hollywood handshakes left, right and centre, weakening the glory of the achievement. So far this season, it seems as though the tent itself has breathed a sigh of relief as the memories of the BBC version have slowly faded away.

Bread-master Paul Hollywood took full control of this week and seemed to relish the thought of mildly torturing the bakers. His first challenge saw the bakers tasked with creating a filled tear-and-share loaf that had to be packed with flavour, beautiful to look at and made with a yeasted dough.

Instant fear of the Hollywood thumbprint saw the bakers scramble to perfectly prove and bake their loaves. Unfortunately, this resulted in some overbaking their loaves to try and avert Hollywood's, including last week's Star Baker Alice. While critical of gothic Helena's cinnamon buns – which looked absolutely delicious, but weren't strictly something we would normally call bread – the judges were pleasantly surprised by the three sweet loaves.

The other eight bakers opted to produce savoury loaves, with each more elaborate than the last. While Rosie's chilli and manchego loaf proved a surprise hit and looked very tasty, it was Michael's Kerala inspired bread that impressed the judges the most, earning him the first Hollywood handshake of the season.

On the opposite end of the spectrum, Henry's impressive-looking chicken and pesto tear-and-share was deemed too bland, while Amelia, who narrowly avoided elimination last week, was told her loaf was thrown together and too spicy for Prue's delicate tastebuds. There is definitely a case to be argued for personal preference in terms of judging; just because Prue isn't a fan of heat, doesn't mean that Amelia's loaf wasn't tasty, but I digress.

Deceptively simple-sounding, Paul tasked the bakers with creating eight floury burger baps, plus veggie burgers to go with them. While Paul's baps (innuendo alert!) looked perfectly delicious, the veggie burgers looked a bit bland and unappealing when plated up. Bake Off purists, like myself, might also argue that making veggie burgers isn't a baking challenge at all, it's a cooking challenge, so should the bakers really be judged on their burgers? The jury is still out, but Paul and Prue certainly judged them anyway.

Developing gluten in the baps and avoiding a cakey texture was key in this challenge. While Henry redeemed himself and earned the top spot, followed by David and Steph – who is becoming more and more endearing each week – several other bakers struggled. Amelia was once again at the bottom of the pile, followed by Phil and Rosie.

Noel, Fielding. (Okay batting, but let us this once). #GBBO

The showstopper challenge this week was as unusual as always, requiring artistically scored loaves made with at least two breads. With only five hours to make, knead and prove their loaves before baking them, this was certainly a tricky challenge.

The bakers seemed determined to impress, with several producing more than two different types of bread in order to satisfy Paul and Prue's demands. Steph wowed with a bouquet of flowers made with beetroot, rosemary, turmeric and sesame seeds, while Michael pulled out all the stops once again, producing a Mediterranean campfire with charcoal, smoked garlic and parmesan, and black onion seeds that saw him crowned this week's Star Baker.

Unfortunately, somebody always has to get eliminated and both Henry and Amelia were in a spot of bother this round. Henry threw caution to the wine by creating a slashed fougasse, a traditional Provencal bread that does not require scoring, and was suitably reprimanded for his tough loaf come judging time. While I appreciate his determination, it's awful to see a talented baker get caught up in the competition, instead of the actual task in front of them.

Amelia, on the other hand, disappointed again due to her lack of finesse, something that came up last week too. Paul said her loaf was terribly baked and with the bread-master deciding her bake wasn't up to scratch, it was case closed for Amelia, who was eliminated this week.

Innuendo Of The Week

While there were many to choose from, I think Paul's floury baps takes the biscuit, or loaf should I say. Without overtly saying it, there was a lot of implication that showed how hilarious this challenge was and it's always nice to see a bit of fun being poked and steely-eyed Paul Hollywood.

Next week will see the remaining contestants show off their skills in Dairy Week, so make sure to check back in for our next recap. 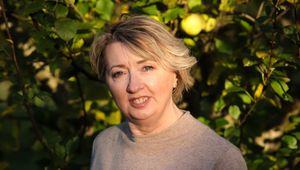 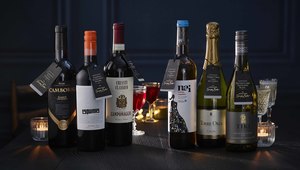