Lidl teams up with Irish suppliers for its Kickstart programme

Check out some of the brands taking part this year

Lidl Ireland’s Kickstart Supplier Development Programme is back for its fourth year and launches across Ireland and Northern Ireland on Monday 27 July.

The programme aims to support small and medium Irish food and drink businesses and this year will see 33 suppliers showcasing a total of 68 products in Lidl stores for a limited time.

Kickstart, which is backed by Bord Bia, is designed to support businesses as they grow their brands and build supply networks. To date, Lidl has invested €1 million in the programme which is arguably more important than ever now as the food and drinks industry faces unprecedented challenges.

This year’s line up includes some old favourites and new brands to explore including:

Galway Roast is back in the Kickstart programme with its Ground Coffee (€4.49) from 30 July. Having started out as a café, Galway Roast has grown into a company that roasts its own beans coffee beans, helping customers create their own barista experience at home.

Westport-based Harvest Moon has taken part in Kickstart since the programme launched in 2017. This year its offering in Lidl includes Vegan Pesto (€4.99) and Vegan Pate (€4.99), and new flavour offerings such as Spicy Vegan Hummus (€3.95), and Honey & Ginger Hummus Dressing (€3.95).

A new addition this year is Holo Kombucha's range of organic, raw, non-GMO, vegan products. The Cork-based brand will be supplying Lidl with two flavours of kombucha; Original and Mango & Pineapple at €2.99 each.

Based in Listowel, Co. Kerry Wellness Baking is an artisan baking company. Its addition to Kickstarter this year is its new Brown Soda Bread (€3.99). The bread is made with gluten-free oats and fresh buttermilk and doesn’t contain soya or eggs.

Ballykilcavan Brewing Co. makes its debut this year with two beers on Lidl’s shelves  The family-run business based in Stradbally, Co. Laois will have its Red Ale and Bawn Pale Ale (€2.99 each) available in stores from Thursday 30 July.

Lidl’s Kickstart products will be in all 202 stores across Ireland and Northern Ireland from Monday 27th July for a limited time.

Brenda took the long way to her media career: an arts degree, a stint in banking, and six months teaching English in Spain all happened before she followed her heart and did a journalism course. After many years of freelancing, writing on all sorts of topics, she returned to a staff role and has been Senior Editor of FOOD AND WINE since early 2019. She’d give her right arm for a proper soda farl (with lots of butter) and her ambition is to master her late granny’s recipe book. 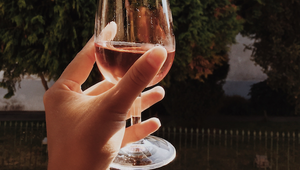 How to discover your perfect iced coffee, according to Nespresso