We're Loving The New Look At The Shelbourne 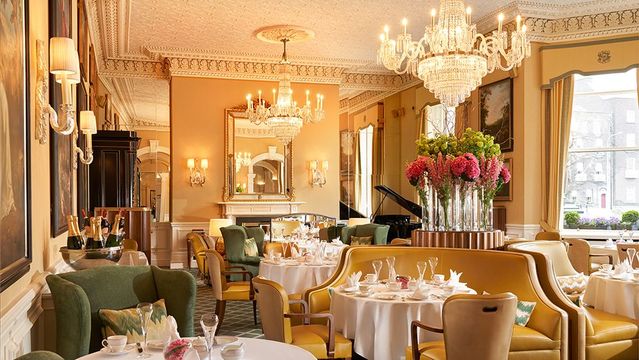 The Lord Mayor's Lounge in The Shelbourne, Dublin

One of Dublin's most iconic hotels, The Shelbourne has stood at St Stephen's Green for 195 years and after undergoing a recent refurbishment of some of its public spaces, it is has been restored to an exquisite standard of luxury that you'll just have to see with your own eyes!

On Wednesday, March 13th 2019, the first in an annual series of informal briefings took place at The Shelbourne, hosted in the hotel’s most historically significant room, the Constitution Room, where the Irish Constitution was drafted in May 1922. The briefing was designed as an opportunity to introduce details of some upcoming events, activities and changes at the hotel. Guests were also able to enjoy a preview of the final phase of refurbishment at the hotel before it opened to the public in April.

Welcomed by General Manager JP Kavanagh in 1824 Bar, the hotel’s latest addition, guests were then briefed over lunch in the Constitution Room guests by the hotel’s Director of Sales & Marketing, Yvonne Donohue, with an overview of the year’s news. This included the completion of the refurbishment and the introduction of some significant new service and menu offerings in the hotel’s various outlets, elements discussed in detail by Executive Chef Garry Hughes, Bar Manager Sean McGoldrick, and Sommelier Nisea Doddy. 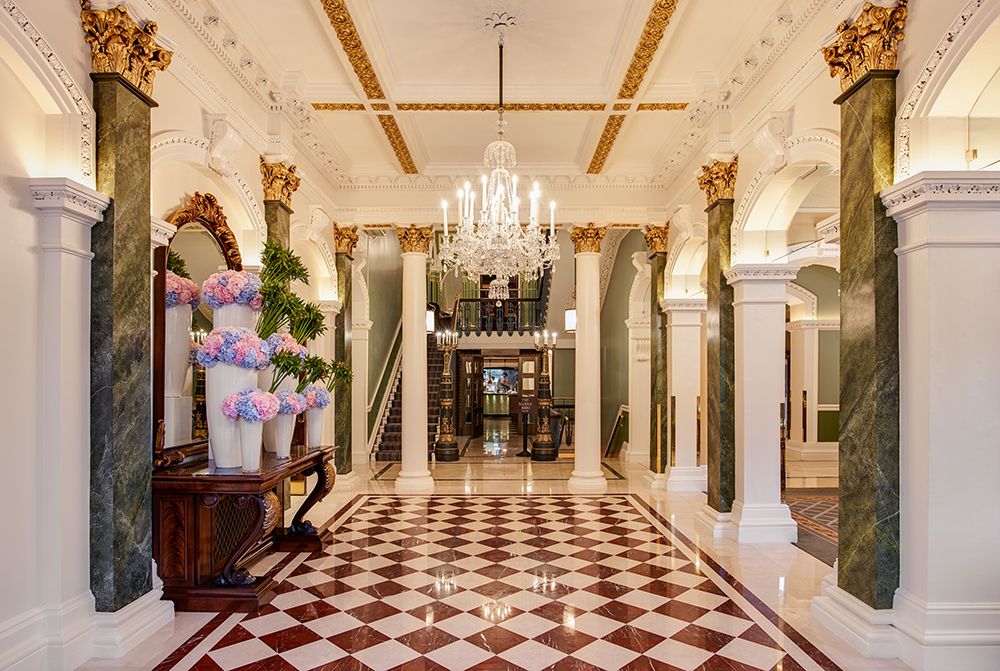 The Lobby at The Shelbourne.

Looking better than ever

The €40 million renovation programme by Guy Oliver of design firm Oliver Laws has updated the elegant interior of The Shelbourne to honour its illustrious history. For the past two generations, royalty, statesmen, artists, writers and legends of stage and screen have made The Shelbourne their home away from home, from Princess Grace of Monaco, to John F. Kennedy, Michael Collins and Eamon De Valera, all of whom have suites with enviable views of the green named after them.

Speaking about the refurbishment, General Manager of The Shelbourne, JP Kavanagh, told us how exciting this phase is.

“This Grand Dame keeps improving with age. The 195th birthday of The Shelbourne is turning out to be a really exciting year for us, joining the Autograph Collection and completing the final phase of our extensive refurbishment. The Shelbourne is looking better than ever.” 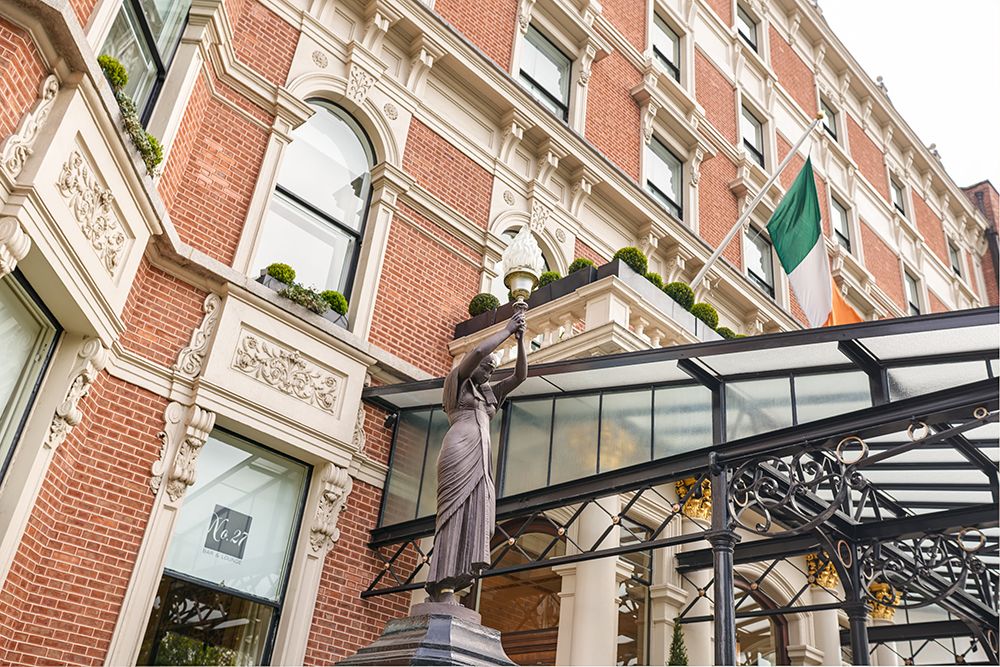 More recently, The Shelbourne reopened their lobby and reception after a stunning refurbishment. This June, The Shelbourne will open two elegant new spaces to the public. Their exclusive new bar, 1824 Bar – named after the year the hotel was founded – is a chic, luxurious space offering a hand-picked list of whiskeys. Opening from 5 pm daily on June 6th, 1824 Bar has a strict no reservations policy, so everyone is free to enjoy the exceptional atmosphere.

The Shelbourne is steeped in culinary history, with new menu items providing a retrospective look at the hotel's storied past. Some of the new menu items include Lobster Thermidor at No.27 Bar & Lounge, a dish which is based on an original Shelbourne menu from 1929. The Saddle Room menu will also feature a spectacular Beef Wellington carved tableside, a dish to be ordered in advance. 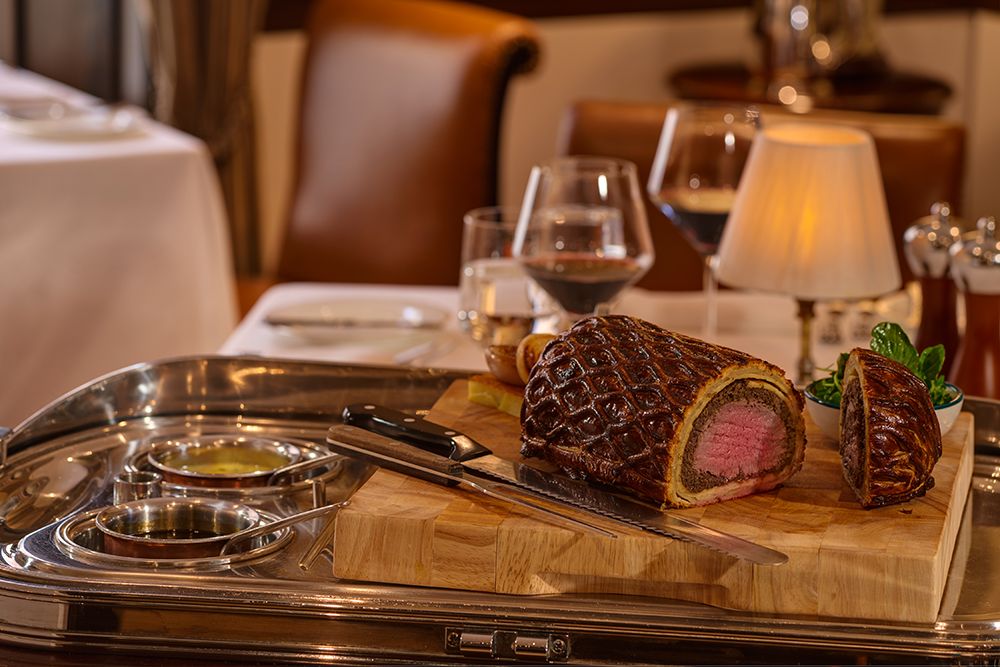 Other new additions to the hotel include an after-dinner whiskey trolley in The Saddle Room Restaurant and 'Whiskey Sommeliers' in The Horseshoe Bar, both of which will celebrate the rebirth of Irish Whiskey in 1824, which was when The Shelbourne first opened its doors. Sommelier Nisea Doddy is also introducing a new ‘Sparklers’ Menu to No. 27 Bar & Lounge, a curated list of some of the very best and most interesting bubbles from cava to crémant.

With a newly renovated lobby completing the refurbishment of the public areas, new menus throughout the hotel and two elegant new spaces open to the public, The Shelbourne is celebrating her 195th birthday in style. 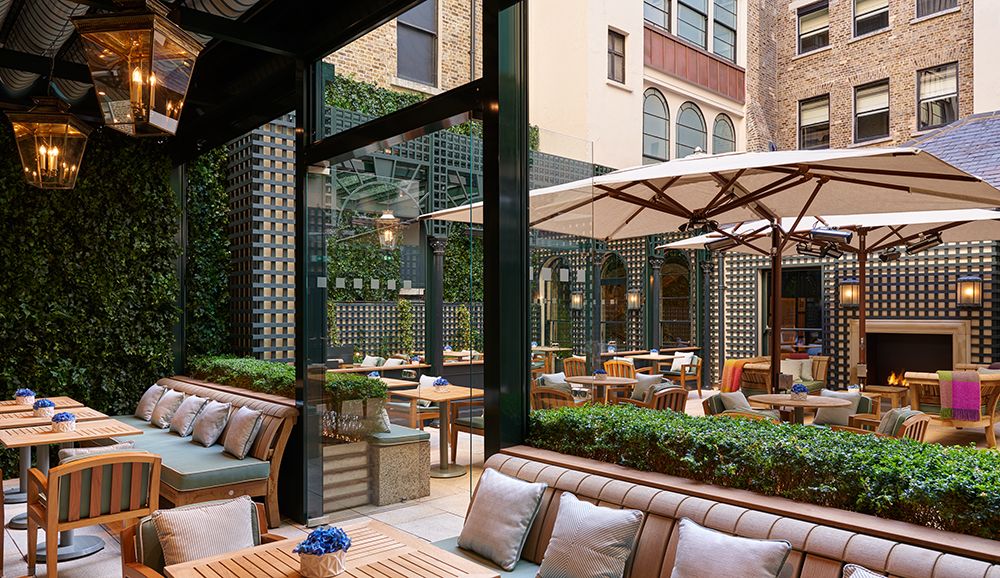 The Terrace at The Shelbourne.

The Lord Mayor’s Lounge at The Shelbourne reopened on Saturday, April 6th after the elegant refurbishment of the hotel lobby and public spaces.

Home to one of the most pleasurable of rituals at Dublin’s favourite five-star hotel – afternoon tea – the fresh, pretty shades of golden yellow, pale green, buttercream and ivory of The Lord Mayor’s Lounge are echoed in the delicate tones on the plate, with a Classic Afternoon Tea matching the style and colour of this most iconic of drawing-rooms.

The afternoon tea menu at The Shelbourne showcases the art of the pâtissier, as it always includes exceptional and exquisite pastries created by Executive Chef Garry Hughes and his talented team of pastry chefs at the hotel. Featuring dainty sandwiches, buttermilk scones with clotted cream and sticky gingerbread, this menu focuses on old favourites from childhood memories with a contemporary twist. The pastry elements include decadent caramel with a liquid caramel base, hazelnut bavarois and dark chocolate mousse and a pannacotta with a fashionable flavour combination of vanilla and pomegranate with rhubarb & yuzu compote. 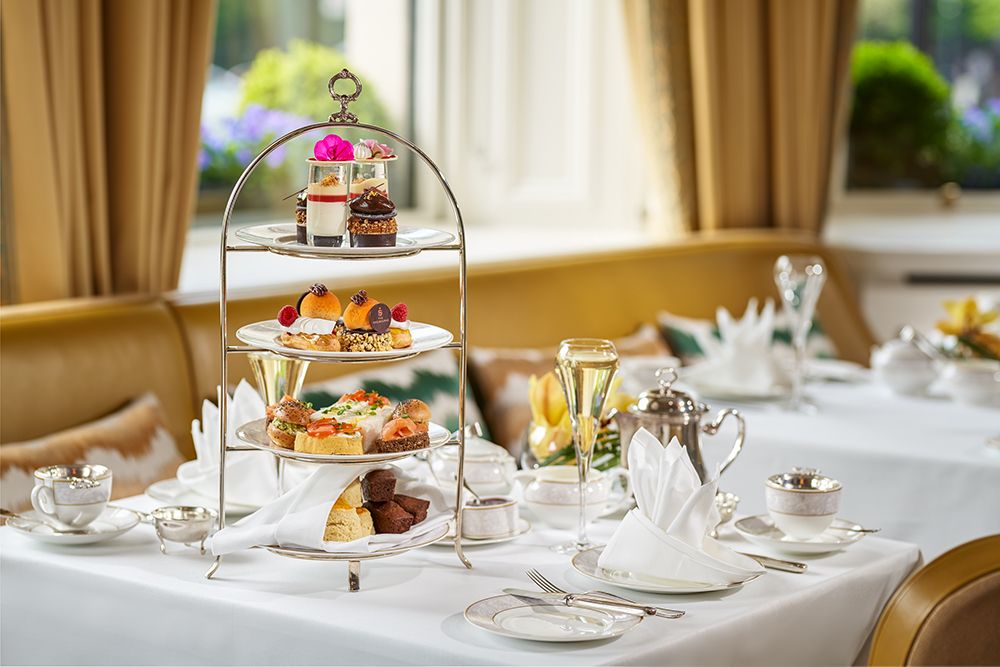 Afternoon Tea at The Shelbourne.

We're holding our all-new FOOD&WINE awards at The Shelbourne this year on August 25th. If you want to enjoy the opulence of the refurbishment while mingling with Ireland's culinary elite, why not join us? Click here to buy tickets. 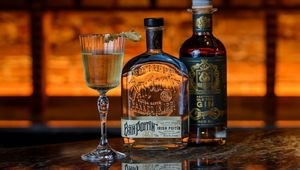 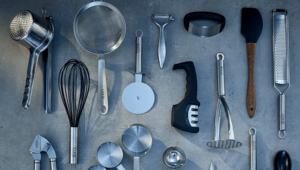