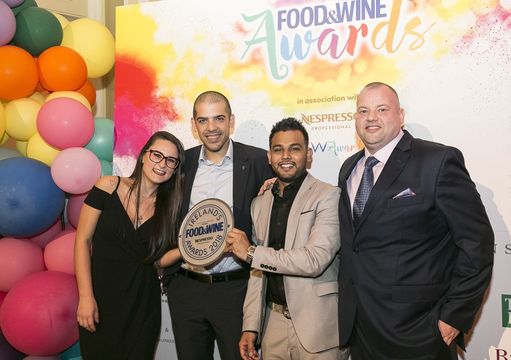 The team from Michael's at the 2018 F&W AwardsPaul Sherwood

Michael’s, a local gem found in Mount Merrion, scored two of the top awards at the recent FOOD&WINE Awards in association with Nespresso Professional. Winning both Local of the Year and Host of the Year, Michael’s certainly wowed us on judging day. 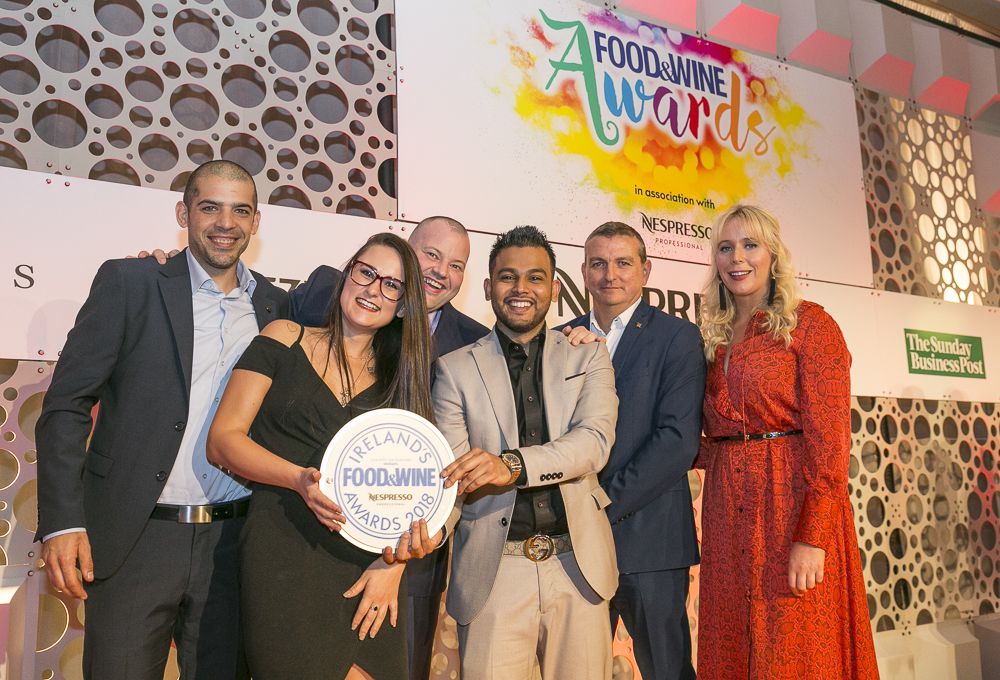 The Local of the Year Award is all about those places that are your home-away-from-home, where you drop into after a long day at work for a plate of comfort food and feel totally at ease. With both punters and critics raving about this neighbourhood restaurant, Michael’s is known for its hearty food and impeccable service.

Chef Gareth (Gaz) Smith took over Michael’s in 2016 after six years in Vienna where he ran two popular gastropubs. Better known in Ireland for his time at Chapter One, The Chart House and Ely CHQ, Gaz has always been excited about new styles of food, which he has striven to showcase at Michael’s. Speaking about his love of food, Gaz said:

“I wish I could tell you that I was raised on a little small holding farm where we ate only organic produce, but I can’t, we were raised in the middle of a very poor housing estate, eating Turkey Twizzlers, waffles and baked beans most days. So I’ve always been excited by new styles of food.”

Back open tomorrow with “2 Course Tuesday”, this Crab, Speck & Lemon Spaghetti is hitting the specials page, alongside some Prized Jamón Ibérico de Bellota with Boyne Valley Bán & what our Olive Guy simply calls “Granny’s Olives” he also, might, just might have Galacian Beef 🥩 pic.twitter.com/9cGbTEPjDr

Since joining the team at Michael’s, Gaz has worked to ensure that simplicity and great flavours are a key part of his food. With a commitment to using only the freshest Irish produce, including serving crab caught by Local Wicklow Day Boats who catch and deliver their product on the same day, Michael’s is definitely a worthy winner of this award. Talking to F&W about the recent win, Gaz commented:

“I’ve long been a fan of a good, casual joints and would choose a good, hospitable happy room over everything. That for me is what sums up a good local, so I’m super proud of our team that we won that category, it means a lot to me. You can’t bate a good local!” 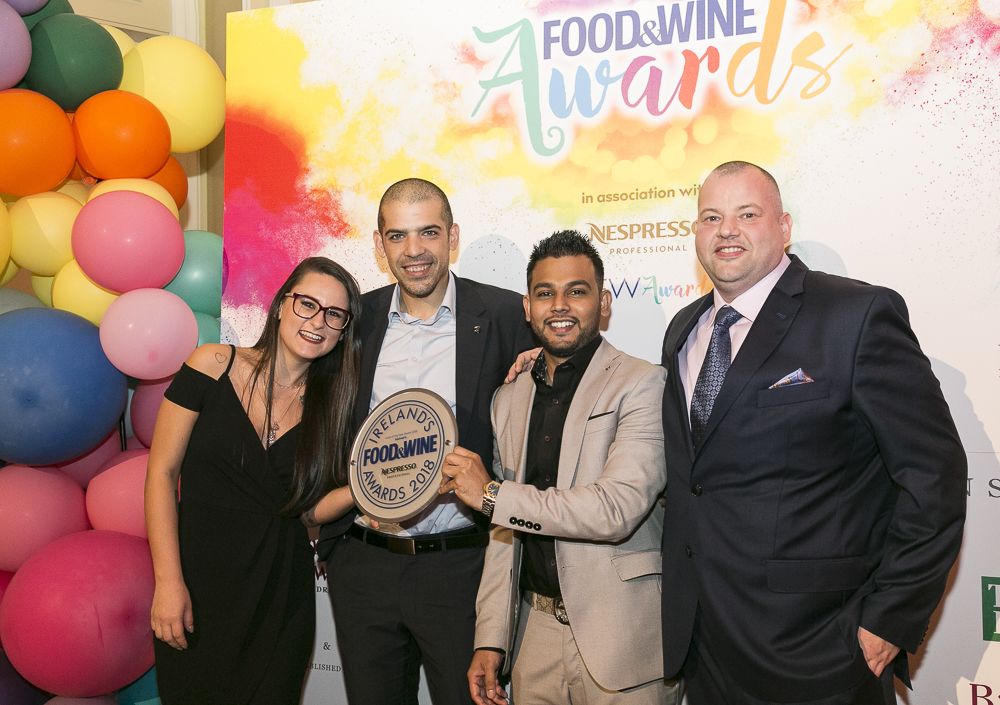 Michael's Wins Local Of The Year

Michael’s second award of the night was Host of the Year, which was given to the incomparable Talha Pasha. This award is all about attention to detail and the ability to put the customer at ease., As well as making a fabulous ‘Talhatini’ cocktail, Talha greets each guest with incredible warmth, ensuring that the customer service at Michael’s is exceptional.

Speaking to F&W about his win, Talha said:

“It was wonderful to win such an accolade, just being on the list had me thrilled, so winning was amazing. I guess being given the complete freedom to extend my own style of hospitality has made me very happy personally and given me and the team great vibes to pass on to our guests.” 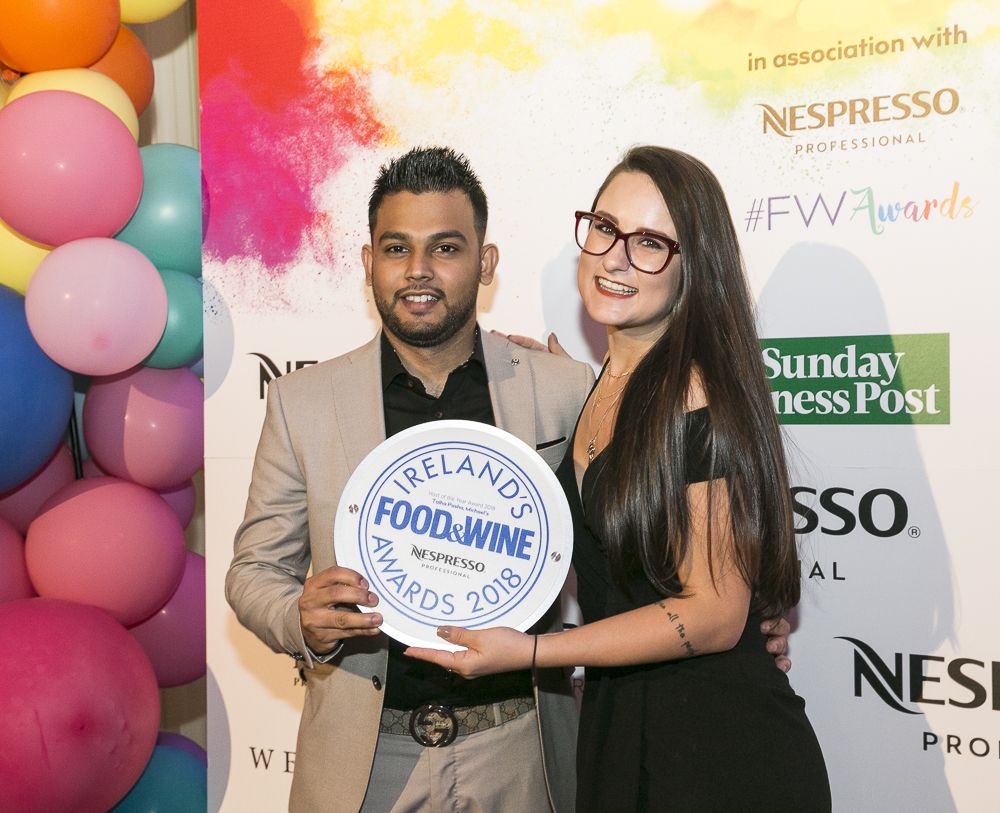 With a stellar front of house team headed by Talha and food carefully curated by Gaz, it’s no wonder that Michael’s was one of the big winners of the night!

Let us know in the comments below if you’ve enjoyed a meal at Michael’s of Mount Merrion.