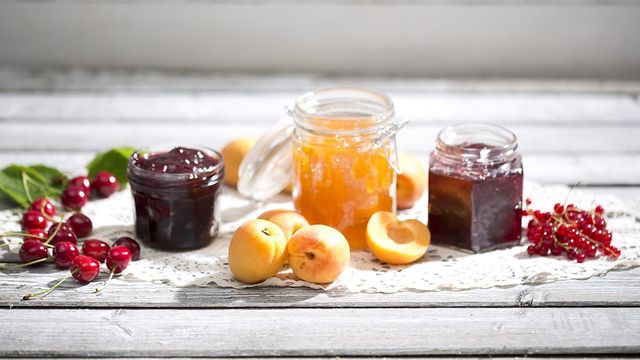 We're lucky to have so many talented food producers in Ireland.

While we all know about the abundance of dairy, cheese and alcohol producers in Ireland, we also have heaps of great people around the country that are making delicious preserves. In today's edition of our Meet The Makers series, we're taking a look at some of our favourite producers from around the country. Check them out below.

Based in County Wicklow, Janet's Country Fayre produces some of Ireland's best chutneys, relishes and sauces. Set up by Janet Drew in the late 1990s, Janet's Country Fayre champions local produce, making sure to offer a range of products that highlight great Irish ingredients. Janet's products can be found in Supervalu stores and independent shops around the country.

Another GOLD winner at the Great Taste Awards, our Cheese & Wine chutney. Like a good Bordeaux wine, this chutney has body, bouquet and spicy overtones! As with red wine, serve with meat dishes, a feisty Indonesian or a good Irish cheese board. Perfect for the weekend! #JanetsCountryFayre

G's Gourmet Preserves was set up by Helen Gee in 1998, fulfilling her lifelong dream of owning a food business. Now a family-run business, with Helen, her husband and their three children all working at G's, the company is based in County Laois, where each batch of jam is hand-stirred and poured for a homemade touch. This company offers an amazing range of preserves, including jams, chutneys, relishes and sauces, so there is definitely something for everyone on offer.

Crossogue Preserves was set up by Veronica Molloy in County Tipperary around 25 years ago. Initially, Veronica began making preserves for her family using produce from her garden before she began to sell the surplus at the local country market. This led to massive demand, with the preserves now available around the country and internationally.

A familiar presence at many farmers' markets around the country, Wild About was set up by Malcolm and Fiona Falconer after the moved their young family from South London to a smallholding County Wexford. Once their produce began to mature, the pair realised they had too much to get through, so they began to make preserves, sauces and more in order to utilise all of it. The demand from friends and family grew and so Wild About was born.

Which is your favourite preserve? Let us know in the comments below.