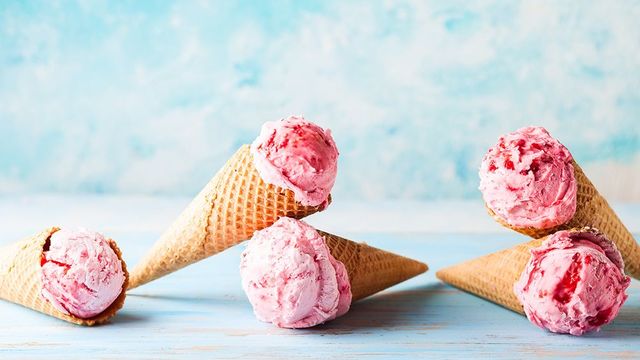 Summer is nearly here, which means it's ice cream season!

This week's edition of Meet the Makers puts the spotlight on some of Ireland's best ice cream makers. It's no secret that Irish dairy is up there with the best in the world which means our ice cream must be some of the best too. Made with delicious milk and cream from grass-fed cows, our ice cream is super creamy and flavourful.

Today we're taking a look at some of our favourite ice cream makers from all over the country. Check them out below.

With stores in Dingle, Killarney, Dublin and Galway, Murphy's has become an Irish ice cream powerhouse. Owned by brothers Seán and Kieran Murphy, Murphy's promises to make its ice cream "naturally, locally and truthfully". Set up in Dingle in 2000, this ice cream is made without colourings, flavourings or powdered milk. Everything is made from scratch by hand to ensure great flavour, such as the sea salt which is made with Dingle sea salt. If you can't make it to one of Murphy's ice cream stores dotted around the country, the company's ice cream can be found in stores around the country. Click here to see which is closest to you.

Originating in Cavan, Moo'd now has outlets all around the country. Offering a range of ice creams in stores, including gelato, whipped ice cream and sundaes, Moo'd aims to evoke the nostalgia of childhood ice creams through great flavours and 100% Irish dairy.

Moo'd may be well known for its stores, but the company has recently launched take-home versions of its gelato, which combine Italian flair with Irish traditions. The new gelato is available in three flavours – cookies and cream, Madagascan vanilla and mint chocolate chip – which can be found in select Centra and SuperValu stores around the country.

Fantastic Flavours in Cork was set up by husband-and-wife duo Miceal O'Hurley and Oksana Shadrina. Miceal is originally from America, so Fantastic Flavours has a distinctly Stateside feel, with flavours like maple and walnut, snickerdoodle dandy and cherry berry bomb available daily. This artisan ice cream parlour serves up handmade ice cream made with pure Irish milk and cream, creating a unique and flavourful scoop.

The Morelli family have been making ice cream in Ireland since 1911 when brothers Peter and Joe left Italy in search of work. Eventually, the pair settled in Ireland and opened a café where they began to sell ice cream made according to their family's recipe. The ice cream became wildly popular and five generations later, Morelli's now has several family-owned outlets in Ireland, England, Paris and Dubai, as well as numerous franchises around the country. Their delicious ice cream can also be found in a range of Tesco, SuperValu and Centra stores around the country. Click here for the full list of stockists.

Are you guys loving our new Two Tone Twist Flavours? You’re gonna love this one! It’s our limited edition ‘Fruit Salad’. Raspberry & Pineapple, just like those famous little chew chews. It’s a good one. If you would like to see your own flavour combo made in a @morelliice Two Tone Twist, please let us know, we’d love your suggestions! . . . . . #TwoToneTwist #FruitSalad #FruitSaladIceCream #irelandsfamousitalianicecream #MyMorellis #limitededition #makeyourmouthhappy #foodporn #Combos

Owned by local legend Fabio, this little ice cream parlour in Sligo is easily one of the best in Ireland. This artisan ice cream is made according to traditional Italian methods, without the use of emulsifiers, artificial colours or synthetic fats. A bonus for those with allergies, there are a range of dairy, egg, gluten and nut free options available at Fabio's too. The flavours change up regularly but are always innovative and delicious. Some of the more recent ones we've seen include white chocolate and pistachio crunch, the lumberjack (organic maple syrup and walnut) and rosemary and wild blueberry sorbet, so keep an eye on Fabio's Facebook page for flavour updates.

Where serves up your favourite ice cream? Let us know in the comments below.