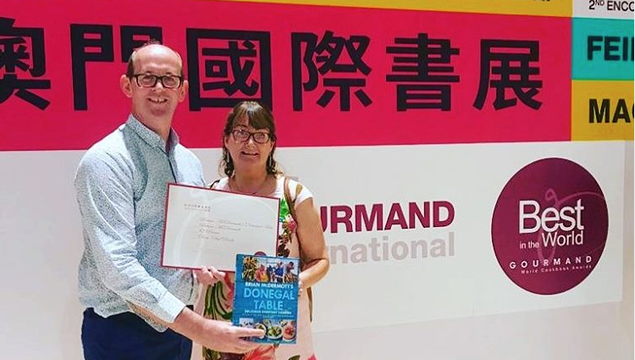 His most recent cookbook, Donegal Table (published by O’Brien Press with photography by A Fox in the Kitchen) was award Best Cookbook Written by a Restaurant Chef at the event. It  beat competition from a number of other top chefs from around the world including South Africa’s David Higgs and Mauro Colagreco of Mirazur, Argentina. 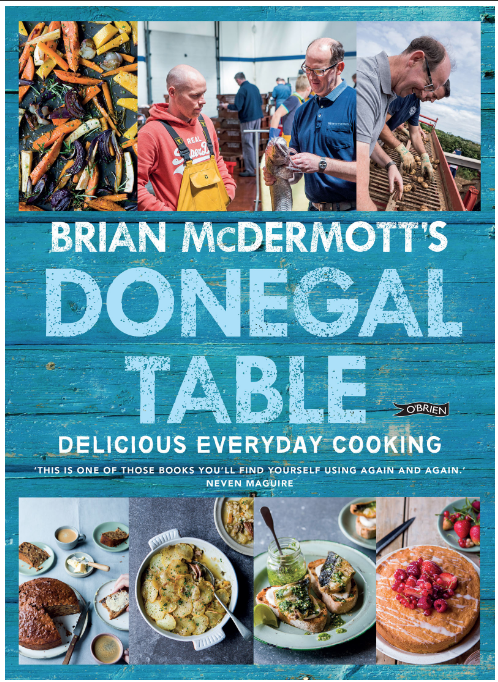 The Gourmand World Cookbook Awards, run as part of the Macao International Book Fair this year, aim to celebrate excellence in food writing across the world.

McDermott, who owns the Foyle Hotel in Moville, Donegal is a familiar face on TV screens, appearing regularly on RTE’s Today show, and at food festivals around the country. Commenting on his win, which he described as an honour, he said, "As a chef, all my inspiration comes from Donegal, from its traditions, its produce, and its people, and this award is above all a testament to them".

Donegal Table is a collection of recipes inspired by McDermott’s own childhood in Burt, Co Donegal and focuses on ‘delicious, everyday cooking’. The book highlights his love of fresh, local produce and features Irish classics such as Wild Atlantic Way fish pie, batch loaf, and honey-glazed Donegal gammon.

For more on Brian McDermott, go to ChefBrianMcDermott.com 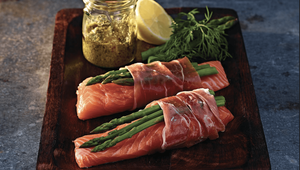 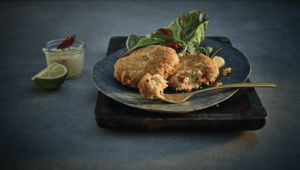