A Gourmet Trip to India 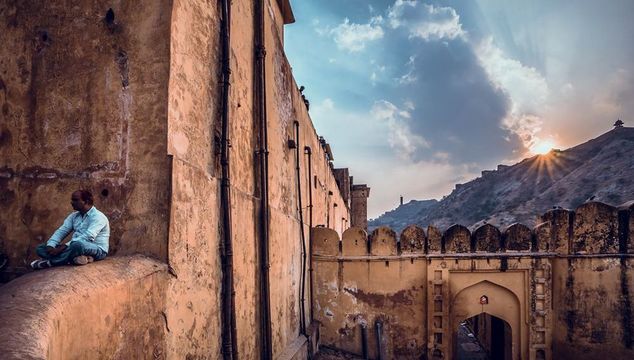 Jillian Bolger soaks up a once-in-a-lifetime trip to India… and samples a few gourmet treats along the way.

It’s a balmy evening and we’re standing in the leafy gardens of the Hyatt Regency in Delhi staring transfixed into a tandoor. Sipping Champagne and acclimatising to the heat, we watch a brigade of chefs rustle up a feast of spicy treats with the help of the traditional clay oven. There’s garlic naan, juicy prawns and tender chicken for starters before we’re seated for a never-ending feast of Indian classics. As first night holiday welcomes go, this is an auspicious start.

The last time I was in India I was a bona fide backpacker. This time round all that was to change. Instead of 52-hour train journeys, overnight buses and modest guesthouses, I was returning on an eight-day luxury escorted tour. 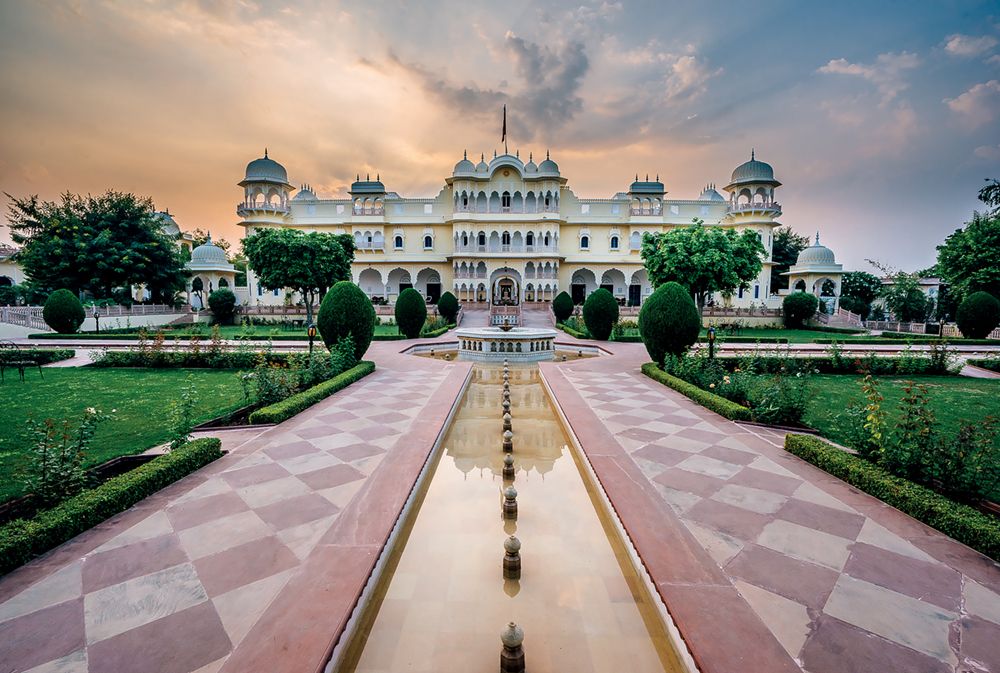 Hotel Nahargarh in Ranthambhore makes a sumptuous base for tiger safari

India is a baffling proposition for even the most seasoned of travellers, with its manic traffic, crowded cities, wealth divide, cultural nuances, and intense heat. A guided tour, such as this, allows travellers to experience the mesmerising country without having to navigate it solo. The fear that you’ll only see a sanitised version of India is quickly assuaged as we speed through the narrow laneways of Old Delhi’s Chandni Chowk market aboard creaking cycle rickshaws. Sure, the haggling’s been done for us, but it’s good to cut loose amongst the locals without the stresses that come with independent travel.

Our ‘Gold’ itinerary is the kind that must top many bucket lists: Delhi, Agra and the Taj Mahal, the Pink City of Jaipur and cool, cosmopolitan Mumbai, all the while sleeping in five-star suites fit for a Maharajah. 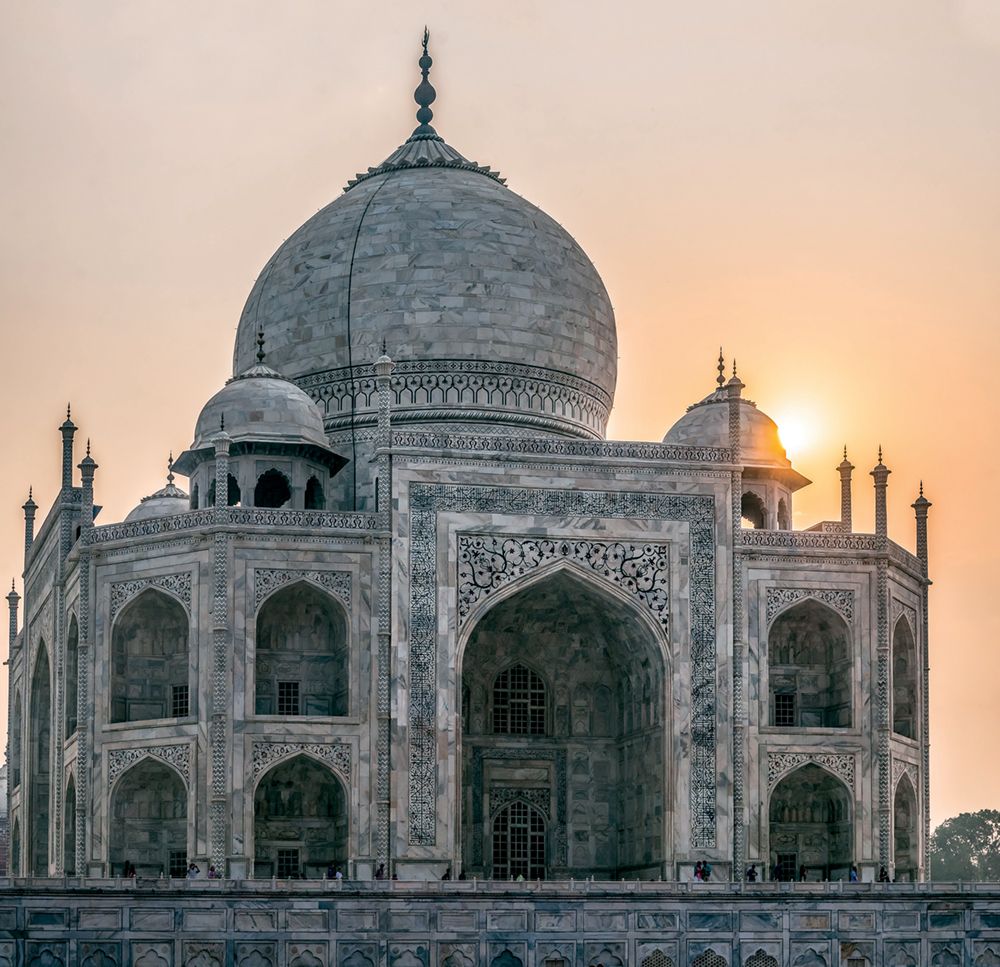 Despite this not being my first time at the Taj Mahal, the marble mausoleum is just as impressive as before. The intricate details, craftsmanship and sheer scale of the build make the 363-year-old monument a breathtaking proposition.

India’s railways are legendary too, having had an immense impact on the country’s development, especially under the British Raj. The network is one of the longest in the world and no visit here is truly complete without at least one train journey. Our itinerary includes a short rail trip from Agra to Ranthambhore.I disembark the train at Ranthambhore station like an excited school girl - we are here to see Rajasthan’s Ranthambhore National Park, the former private hunting grounds of the Maharajahs of Jaipur and home of the endangered Bengal tiger. 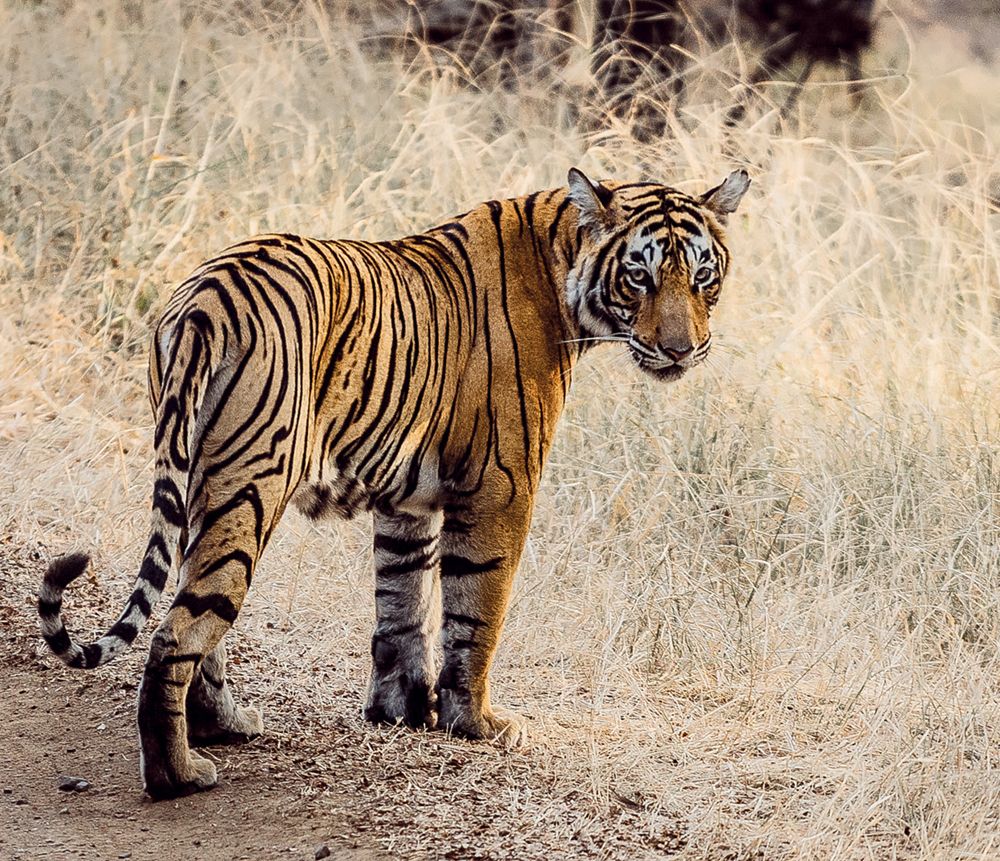 Fewer than half of all visitors to the national park will see one of these elusive beasts, but my dogged optimism is promptly rewarded on our first dawn run. Sitting in an open-topped jeep, we’re approached by a magnificent beast with golden fur, bold black stripes and startling amber eyes. Mere metres from our vehicle, she slinks past, glancing nonchalantly as she swishes her tail. It’s a once-in-a-lifetime moment that will stay with me forever.

Next stop is Jaipur where we visit the sixteenth century Amber Fort, an imposing citadel perched high on a hill overlooking the Pink City. After viewing the royal halls, we’re treated to a superb lunch of thali inside 1135AD restaurant, a favourite spot of Rick Stein, that’s situated within the lofty fortress. Bowled over by the opulence, the Sheesh Mahal private dining room is a heady confection of silver, cut glass and velvet. “So, this is how the other half lives,” I muse, until we are shown how the other really does live. At our next stop, the City Palace, a seven-storeyed citadel, we were granted surprise access to the private quarters of the present Maharajah of Jaipur. 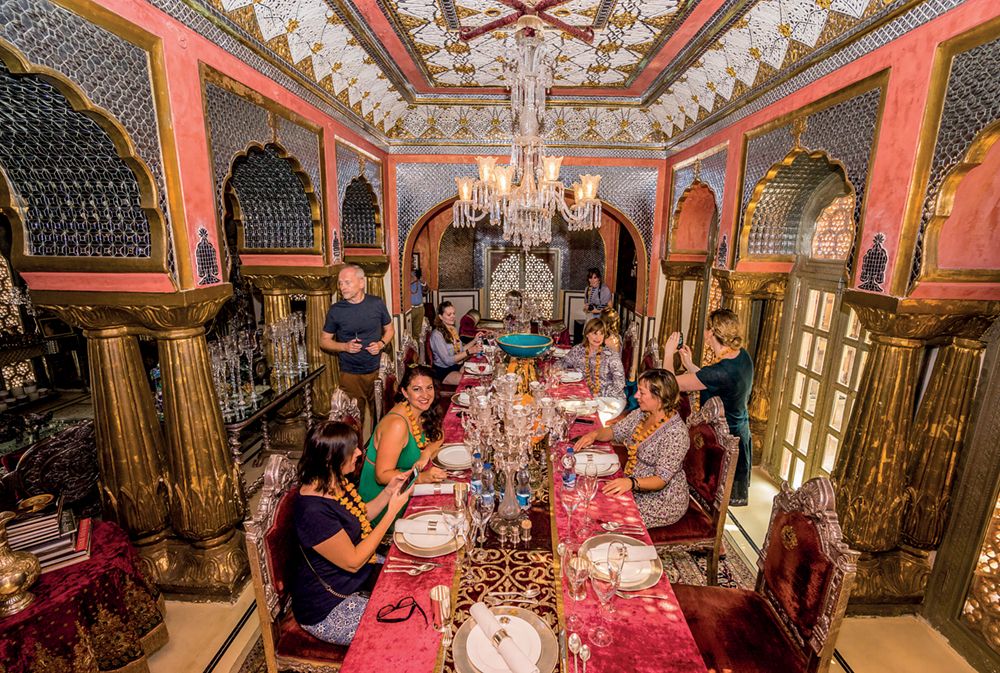 Our rollercoaster trip finishes in Mumbai, on India’s most significant celebration, the Hindu festival of Diwali. India’s most cosmopolitan – and expensive – city, you’ll find the best of hotels, restaurants and designer shops around the seafront and old Victorian heart.

A trip to India is a food lover’s dream. Spicing is key, but there are many wonderful native fruits, fish and vegetables that beg to be sampled. A trip to the locals markets will reveal the riches Indian chefs get to work with daily. Here you’ll find everything from cashews to coconuts, tamarind to tomatoes, lentils to lobster and pickles to paneer. When dining out, look for regional dishes that showcase the local ingredients in season. Favourites like deep-fried okra, lamb kofta in yoghurt, prawn fritters with chutney and chettinad chicken never fail to impress.

India’s street food is an intrinsic part of a holiday here. Get a local recommendation – never take ice or salad – and tuck in.

Masala Dosa: Black lentils and rice are ground and fermented to make a fine batter that’s fried on a hot plate before being filled with a variety of spicy ingredients. It’s folded and served like a savoury crepe.

Pham Bhaji: Buttery vegetable masala curry served in a fluffy bread roll. Squeeze with lemon juice and scoop it up with a sprinkling of diced raw onion.

Vada Pav: A moreish patty of mashed potato with garlic, chilli and coriander that’s dipped in gram (chickpea) flour and fried till golden. Served in a fluffy bread roll with various chutneys and garnishes.