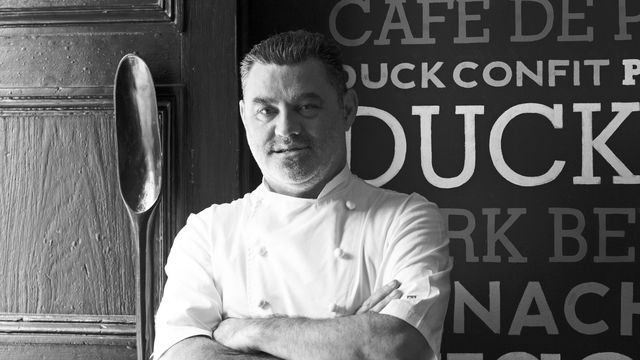 Each year the Euro-Toques Young Chef of the Year competition invites a guest judge from overseas to join the panel of Irish chefs to judge the final. This year, Cape Town-based, Irish chef Liam Tomlin travelled home to be a part of the competition. F&W editor Dee Laffan chatted to him about his experience, Irish food and his upcoming new openings.

I first met Liam Tomlin in Cape Town in January, 2016. I ventured into Chefs Warehouse & Canteen for a bite to eat; its reputation had stemmed many recommendations from friends and fellow food writers to eat there while I was visiting the cape peninsula. What struck me about meeting him then was the same feeling I had when I saw him at the Euro-Toques Young Chef of the Year gala ceremony on Sunday, and heard his insightful and provoking speech to a room full of his food industry peers, is that he is a man whose intensely commanding demeanor is perfectly befitting his passion for food and his respect for those who he works with, has worked with and who work for him.

Liam left Ireland when he was 17 years old, yet still carries his adoration for Ireland and its food firmly in his heart, and wears that on his [chef whites] sleeve. “It’s amazing to be invited here for this competition. Obviously I grew up in Dublin, I started my career here, but I left very early, so to be invited back all of these years later to judge, to announce the winner and to host the winner in South Africa, is an amazing honour for me. It’s so nice to come back to my home city.”

Tim O’Sullivan in Renvyle House was a great mentor to me. Tim is a legend. He’s unbelievable. He’s still in Renvyle over 30 years since I worked there with him and we’re still the best of friends. That’s an amazing relationship, it’s a special one.

Kieran Glennon worked with us in Australia and it is amazing to see where he is now running a two-star Michelin restaurant kitchen. And the various chefs that are here, Paul (Flynn), Ross (Lewis), JP (McMahon), and also Declan (Maxwell) who is running the floor tonight… I’ve met them all either in Cape Town or at events in Italy or wherever… this profession is very small now and with social media, etc., we’re all very well connected. It’s a very small world.” 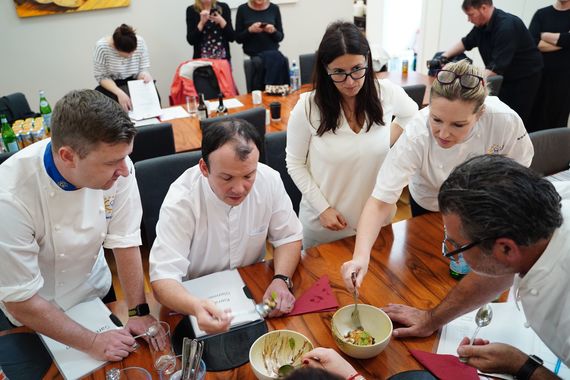 Liam judging with other chefs at the ET Young Chef final

“What JP is doing with Food on the Edge, with three new Michelin stars in here this year, with all the artisanal food producers and the markets, it’s as good as any other country. It’s on the same level as anywhere else, definitely. If you look at the size of Ireland, the population and what we are turning out, if you do it per capita, we are probably way ahead.

It has changed a lot since I was here. I was making prawn cocktail and sherry trifle. When you look at what they young chefs did in this competition, it is incredible. They have amazing talent. The industry has come on so far here, but when you have chefs like Ross Lewis, Paul Flynn, JP McMahon, Kieran Glennon and Tim O’Sullivan, that is going to happen.” 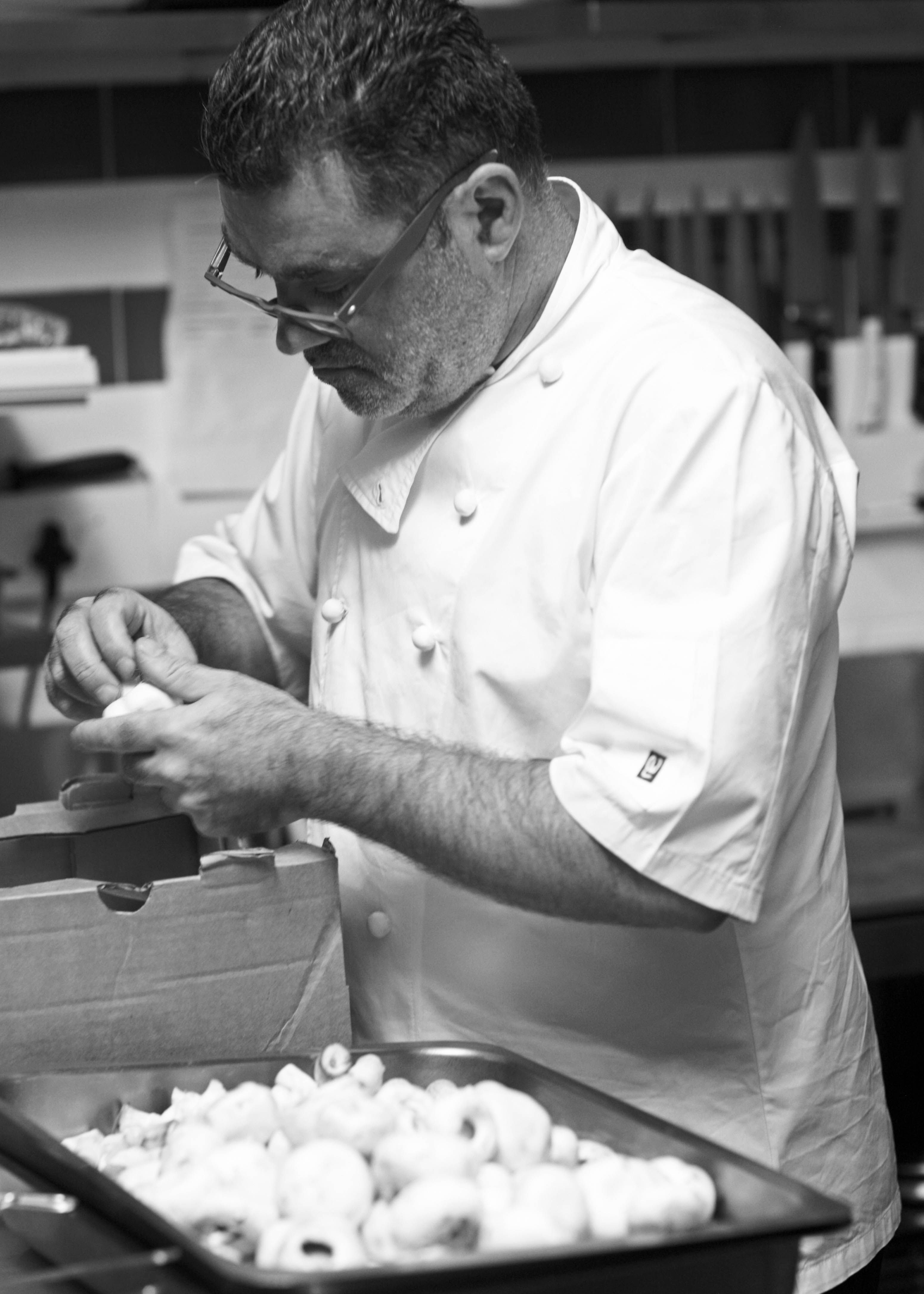 Liam at work in the kitchen

“It is also getting a spot on the world food map. There is amazing stuff going on there. Very similar to Ireland where it is just started happening over the last 10-20 years. There’s a whole range of people who are making the changes. Not only South Africans, but also foreigners who have come and settled in in South Africa, same as here in Ireland,it has become a very multicultural place and food scene.”

“We have four at the moment – Chefs Warehouse & Canteen, No Reservations, Chefs Warehouse at Maison and Chefs Warehouse Beau Constantia – we are looking at doing another one in South Africa at the moment and we are going to do our first overseas project in Barcelona, which is hopefully going to happen in the next 8-12 weeks. It will emulate what we do in Cape Town, it will be very similar.

And one day, you never know, Dublin! Let’s hope so!” 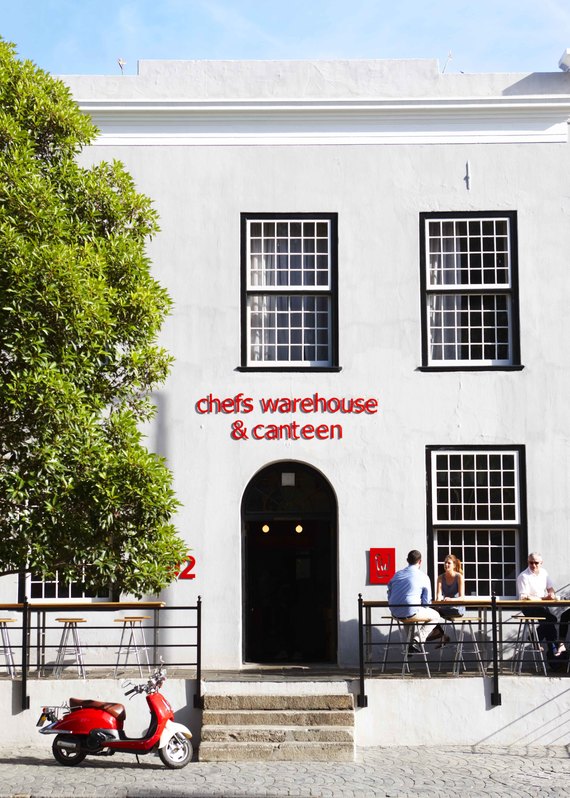