Find out how best to use this natural resource.

Irish seaweed is one of our greatest native resources but we don’t use it enough in our cooking. In the first part of our new foraging series, we’re going to look at seaweed, how to forage it, use it and more.

Seaweed is popping up on menus all over the world and we’re even starting to see some seaweed-based products, like crackers and crisps, appear in supermarkets. Seaweed has been described as the most nutritious form of vegetation on the planet and considering Ireland is an island, we should be eating heaps of the stuff, but it seems like a lot of the population are unaware of it. As an indigenous product, Irish people should try to embrace seaweed more, to help turn away from imported goods with less flavour and more air miles.

In terms of nutrition, seaweed is a superfood: it’s packed with minerals, vitamins and antioxidants. Seaweed has more antioxidants than raspberries, twice as much Vitamin C as orange juice, ten times as much calcium as cow’s milk and fifty times more iron than spinach. It also adds a fantastic umami flavour to any dish it’s in, creating delicious savoury notes, as well as helping you to feel fuller for longer.

While seaweed can be shop bought, it’s also very easy to forage as it is literally all around us. However, it’s important to note that we need to respect the environment as we forage, meaning we can’t all head off to the seaside with a bucket. In order to ensure that seaweed regenerates, don’t pull it straight from the rock: Several inches needs to be left on the plant when it’s cut in order for it to grow back again. Seaweed is integral to the complex ecosystems of the sea, so when foraging it, take only a little from here and there in order to ensure you preserve the area.

When foraging, it’s also important to be mindful of the water quality: is there pollution in the area or is the water stagnant? If the answer is yes, then it’s best to pick from a different area. Only seaweed that is still attached to rocks should be cut, as any that washes up on the shore is usually old and dead.

When foraging, rinse the seaweed in the water to try and remove sand, then when you get home, wash it thoroughly in fresh water. Drying seaweed is the best way to ensure its quality, as it usually reconstitutes well with a more intense flavour. By drying the seaweed in natural sunlight, you ensure that more vitamin D is kept in the plant, but dehydrators, hot presses or fan ovens at low temperatures are great alternatives.

Dr Sally McKenna, a seafood expert and one half of the team behind the McKenna's Guide's, has given us some tips about foraging seaweed:

Dr McKenna also gave us a guide to preparing seaweed after you've foraged it:

To get a better idea about seaweed in cookery, we spoke to Takashi Miyazaki, Michelin-starred chef, who uses seaweed frequently in his Japanese cooking at Ichigo Ichie and Miyazaki.

“I use seaweed quite a lot in my cooking, depending on the season. I use Japanese kombu when I’m making dashi, because it’s of a different quality to what’s available here, but I use Irish seaweed in many other ways. I use pepper dilisk as a seasoning in tuna or beef tartare because it has such a great peppery taste. It’s in season now and can be found in cold water all around Ireland. The key to foraging seaweed is to check tide tables. Seaweed can be found at different times: for instance, kelp is only found at very low tide, so the tables are very important.”

There are countless varieties of seaweed but let’s take a closer look at three of our favourites: dulse, carrageen and nori.

Known as both dillisk and dulse, this can be eaten raw, fresh or dried and is popular for its salty, nutty taste. It can be reddish brown or a very dark red, with a tough and leathery texture. It’s is a great source of protein, calcium and iron. Dulse can be eaten raw but is also great when added to champ, soups, stews and salads.

Carrageen, which comes from the Irish word carraigín meaning “little rock”, is a species of red algae that grows in the cool Atlantic waters along the rocky coastlines of Europe. Carrageen is normally harvested after the spring tides when the water is farthest from the shore so that foragers can head out into the shallow waters and rake up the seaweed by hand. Also known as Irish moss or carrageen moss, it is commonly used as a thickening agent due it its naturally high levels of gelatine. Carrageen is only edible after being cooked in liquid and is wildly available in dried form. It’s known as a remedy for colds and flu, and was traditionally dissolved in milk.

Nori, which is famous for its use in sushi-making, is the Japanese name for a type of red algae. It is frequently used in Japanese and Korean cooking and was traditionally thought of as an aphrodisiac and a treatment for gout. To make the sheets of nori that we’re most familiar with, the nori is processed thinly before being packaged and used to wrap sushi. Nori can also be added to food for extra flavour and crunch – it’s particularly good when sprinkled over chicken before it’s roasted.

If you want to learn more about seaweed, we highly recommend you check out Sally McKenna’s book ‘Extreme Greens’, it's our favourite guide for when we want to learn more about our native varieties. If you're looking to buy seaweed, instead of foraging for it, head to This is Seaweed, Irish Seaweeds, Wild Irish Seaweeds or Connemara Seaweed Company.

We have three copies of Extreme Greens by Sally McKenna up for grabs, click here to be in with a chance to win.

If you want to incorporate seaweed into your diet, try out Takashi's recipe for soba noodle soup with wakame or Sally's recipes for seaweed and sesame salad and mussel, coconut and kelp soup. 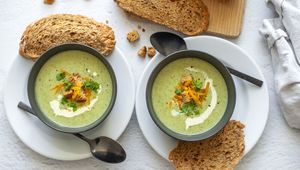 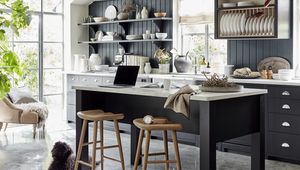 The latest interiors trend that will completely transform your kitchen 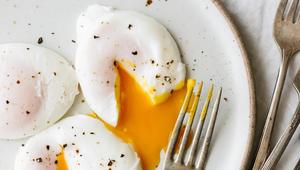 How to perfectly poach an egg, every single time 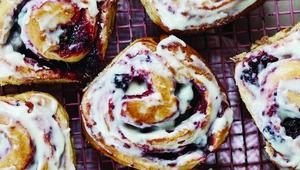