An Expert's Guide To Fermentation

We found out everything we need to know about microbes and fermentation from Dr Mary O’Connell Motherway.

As well as being very tasty, fermented foods may offer a host of health benefits. We decided to find out more from an expert about fermentation and the microbes in our food.

Microbiomes, also known as microbes, are tiny organisms that can’t be seen with the naked eye but are found in every environment on the plant, including the human body which can result in both health benefits and problems.

To find out more about the microbes in our food, we spoke to Dr Mary O’Connell Motherway, Investigator at APC Microbiome Ireland, University College Cork. Read on for ten things you didn’t know about microbes.

Microbes play an essential role in the production of quite a few foods that we all eat regularly through fermentation, but why did humans decide to pickle and ferment foods in the first place? “Prior to refrigeration, people had to rely on alternative methods to make foods last throughout the year,” said Dr O’Connell Motherway. “Many of these foods were fermented to make them last longer and some even taste better after fermentation. Fermented foods have existed for more than 3,000 years.”

A natural process, fermentation is used to create so many products that we already use regularly, like salami, cheese and yoghurt, as well as more unusual products like natto, kombucha and kefir. According to Upserve, a tech-based restaurant management platform, the popularity of fermented foods rose by a massive 149% in 2018. According to Dr O’Connell Motherway, “Fermentation occurs when microorganisms like yeast and bacteria convert carbohydrates into alcohol and acids,” said Dr O’Connell Motherway. “The alcohol and acids act as natural preservatives and give fermented foods their distinctively zesty, tart flavour.”

Read more: Fermentation For The Nation

How to ferment foods

Fermentation occurs in so many different ways, such as through the yeast used to make bread and beer, and it’s so easy to do at home. We’ve seen people make their own preserved lemons, homebrewed beer and kimchi, all of which use fermentation.

To get started, Dr O’Connell Motherway says to start with something simple, like vegetables. “Chop them up, add salt and put them under water, creating an atmosphere without oxygen so that only anaerobic bacteria can grow. To know that your vegetables are actively fermenting, you should see bubbles, which shows that carbon dioxide is being produced by the fermentation.
Read more: Chef Rose Greene On Her Exciting New Business

What is a ginger bug?

One of Dr O'Connell Motherway's favourite fermented products is the ginger bug, which is "a wild-fermented starter culture made with sugar, ginger and water. It is used to make naturally bubbly soft drinks, sodas, herbal beers and tonics."

It takes a few days and three ingredients to make a ginger bug, meaning it's one of the simplest fermented products you could try out. To make a ginger bug, combine one cup of non-chlorinated or filtered water with a tablespoon of freshly chopped ginger and a tablespoon of sugar in a jar. Cover the jar with a tea towel and leave it at room temperature, then stir in a teaspoon each of ginger and sugar once a day for the next three days.

After three days, there should be bubbles on top, showing that your ginger bug has started to ferment properly. Cover your jar with a lid and mover to a refrigerator, which will slow down the fermentation process. At this stage, you can use the ginger bug as you please; we love adding a little to a cup of ginger tea to make a bubbly, healthy beverage. 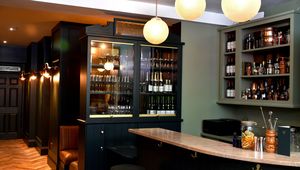 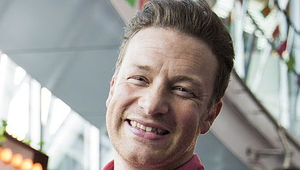 Jamie Oliver is to open a new restaurant in Dublin