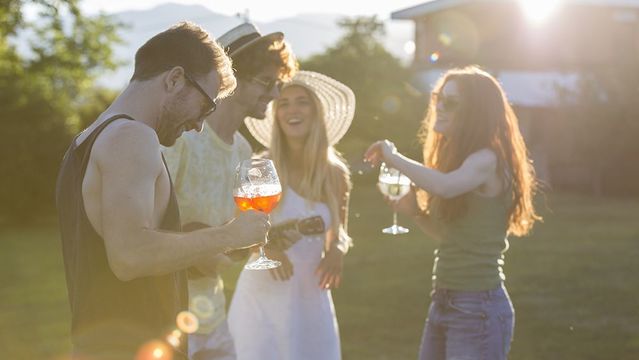 Our cocktail expert, Oisin Davis has devised some Irish gin cocktails that are perfect for your next summer session in the sunshine (try saying that fast three times).

You may have missed it, but our good friends the scientists discovered something pretty spectacular recently. They confirmed that mixing drinks does not actually produce a worse hangover than if you were to stick with the one type of boozy beverage. For a lover of cocktails that utilise both spirits and wines, such as martinis and Manhattans, this was a remarkably satisfying validation.

I have always stated that when it comes to hangovers, people will consistently attribute them to one or sometimes all of the following:

Even though bars, and the beer brands they work with, clean their lines and equipment regularly and with incredible ease, there always seems to be enough bacteria lurking there, somewhere, in order for countless amounts of people to seemingly sip “a bad pint” every night. Such a stupid myth. The hangover, of course, comes from the fact that they had spent the entire night guzzling, and not from a mysterious lone-wolf beer that did all the damage.

The reputation of so many takeaways has been ruined by office staff who went on a bender, stuffed their faces at 3am with some meat cooked on a spit and then blamed the fact that they felt dog-rough the next day on the kebab and not the fact that they were already on double digits of alcohol units by 10.30 pm.

“I mixed my drinks!”

A classic attempt at shifting the blame away from the fact that the hungover individual didn’t act the complete maggot the night/day before. They were, of course, drinking responsibly, but because they had the one wee whiskey after dinner, they now feel like death warmed over.

So it turns out that its the amount of alcohol and the quality of the libation you consume that determines your hangover. Not the non-existent dodgy pint, late night meal or even the fact that you mixed your drinks.

As attached as I am to beers and wines, every decent party should begin and end with spirits. With the warmer months within grasping distance, now is the time to up your summer soirée hosting skills. With a little prep, it's easy to kickstart any gathering with a turbo-tasty party drink or have one ready for the whole crew after you’ve returned from the bar.

This type of concoction has been something I’ve dedicated a healthy amount of time to over the years, both in a professional and amateur capacity. That’s why for this piece, I developed the recipes myself and focused on three new Irish gins that have hit the market.

Each one utilises the entire bottle and will pack at least 20 serves. The next time you’re having a get-together, give one of these drinks a good lash and elevate the atmosphere with a solid gin delivery.

Trust me, everybody loves a session hero. 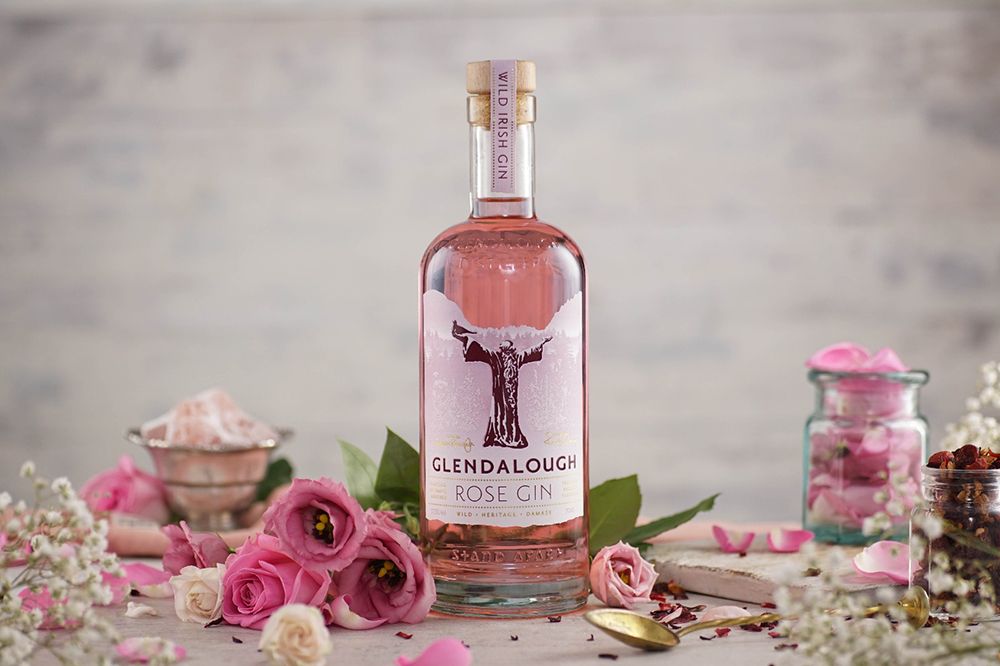 Pink gins are everywhere. Some of them are awful. They are masqueraded as strawberry flavour but end up tasting like bubblegum and cough syrup. But, my mates in the Glendalough Distillery don’t fool about, so when they wanted to dip their Wicklow feet into this hugely popular pink gin category, they took a different approach.

This is distilled and coloured with rose petals, thus giving the desired look, but with a gorgeous floral taste. It’s got great potential in cocktails and party serves as the floral notes bounce really nicely off fresh citrus and other notes.

For this drink, I used one of those jugs with a hollowed out centrepiece that you can stick ice or fruits into to infuse into the drink; lots of places stock them, but no biggie if you can’t find one.

I cut up some strawberries and stuck them in as they impart more colour and freshness, but you can just as easily just put them into the jug. It’s got a daytime garden party written all over it. Even if it's bucketing down with rain, this will bring the sunshine!

Fill a 2-litre jug halfway with ice. Drop half the strawberries in, along with half the gin, half the cranberry and lemon mix, half the vermouth and half the sparkling water. Give it a quick stir and its ready. Pour into an ice-filled wine glass and garnish each serves with a slice of lemon and a slice of cucumber. 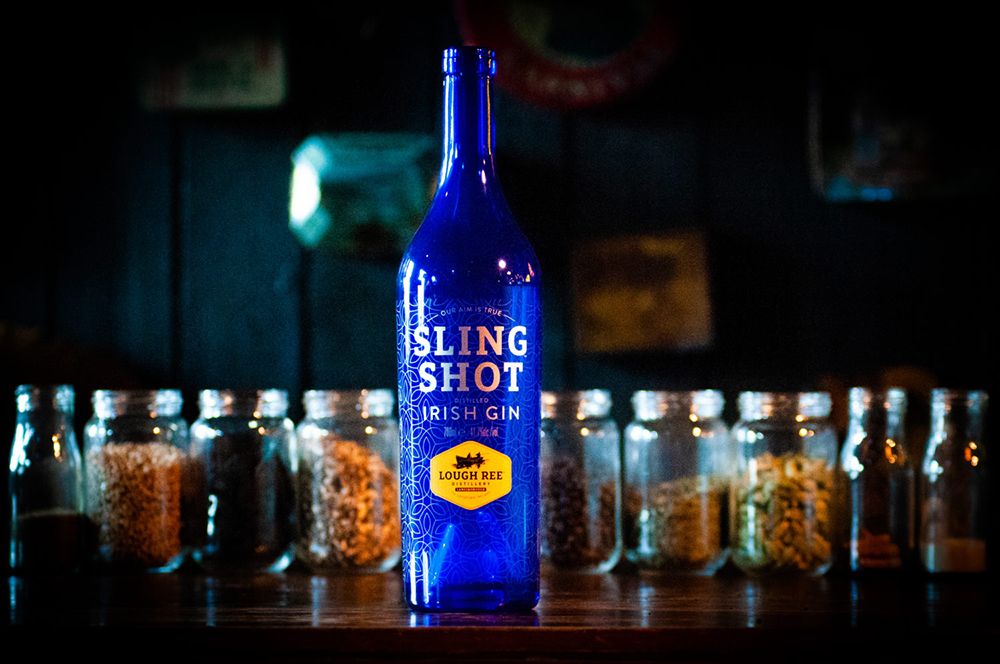 The Lough Ree Distillery opened its doors last year in lovely Longford. Their first release is a gin that comes in a very striking blue bottle that they named Sling Shot. I liked the gin because of its herbal notes while still retaining a proper juniper kick. That’s why I went with the mint tea in this serve as it enhances the gin allowing for more depth and some tannins on the mouthfeel.

Should you be rolling out a barbecue with pork ribs and chicken, this is the kind of bevvie that will waken up the palate and tickle the appetite. You can prep it really quickly and serve it within 10 minutes or you can just have the whole thing ready to rock after an even longer marinade.

Pour into an ice-filled wine glass and garnish each serve with a sprig of fresh mint and a teaspoon of pomegranate seeds.

Read more What makes coffee and booze so good together? 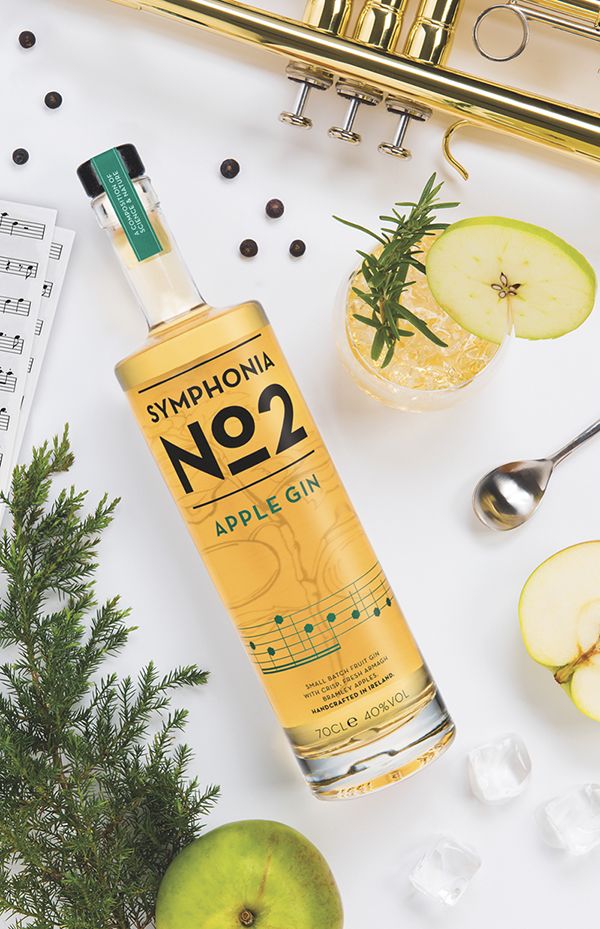 I quite literally stumbled upon the Symphonia Gin stand at last month’s Gin Experience in Dublin Castle. Not only do they use the wonderful vacuum extraction and more standard distillation for their liquids, but they do so with excellent flavours.

One of which is apple and it plays brilliantly with the all-important juniper spice. Quite different from so many other gins that are out there now and you can have a lot of fun with it in mixed drinks. Delighted they made the journey down from Tyrone to get stuck in!

If you know that you’re going to be inviting a few mates back to the gaff for a post-pub session, then this is the kind of drink that works a charm. Super easy to make and serve.

Fill a pint glass with ice and throw it into the bowl. Do this one more time and then stir for a few seconds. Then add in the rhubarb and pear slices. Ladle each serve into a small glass or punch cup.