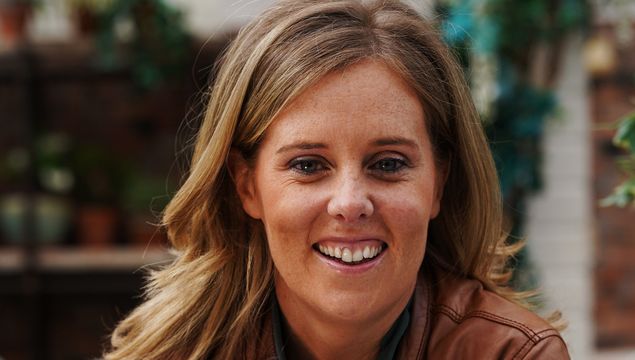 "The key to nature's therapy is feeling like a tiny part of it, not a master over it. There's amazing pride in seeing a bee land on a flower you planted - but that's not your act of creation, it's your act of joining in."  Wise words from the writer Victoria Coren Mitchell.

Such is the delicate web of life, that maintaining its fragile integrity is a responsibility that more and more of us are taking on. For my last Food&Wine piece, I interviewed the London bartender Alex King about how he's now working with a local apiary for nailing some wicked Jameson cocktails and helping to keep urban bee populations going. I felt it only fair to examine what those on the other side of the bar are bringing to the table in the effort to preventing an ecological apocalypse. Shifting my focus from hospitality to drinks production, I spoke with Karen O'Neill, the brains and dare I say, the Queen Bee behind Beekon Batches, an Irish made honey-based, all-natural alcoholic beverage just launched this year.

A hybrid with honey mead

Best described as a hybrid of honey mead, prosecco and Pimm's, Beacon Batches is lightly carbonated with an alcohol content of 5% and is 100% naturally flavoured with the bees' nectar. It's got just the right amount of sweetness to have a broad appeal but not too much to put off those who prefer a dryer beverage. After 20 years in the trade, one could definitely say Karen is a veteran of the industry with senior roles in Heineken, Gilbey's and Pepsico. But a departure from the multinational corporate life was calling,

"Towards the end of my tenure in Heineken, I recognised the changing tide of how people were developing different attitudes to their health, wellbeing and how they consumed food and beverages differently as a result. Up until this point, alcohol brands and companies were making very little attempts, if any, to support this lifestyle shift. I became passionate about developing a product that was free from any artificial chemicals or flavourings, containing better products, and supporting the growing desire of the consumers. This is difficult for a multinational to do as they are largely driven by consistency of recipe and cost savings. I noticed too that a lot of roads were leading to honey in the pursuit for better drinks. Fermented honey in the form of mead is the fastest-growing category in the USA for the past 4 years in
a row."

These long evenings are made for this 朗弄

These days products can come along that sometimes feel they are simply catching up on a trend to appear relevant, rather than spearheading one. For Karen though, the creation of an authentically natural product was of paramount importance to her and was the instigator for her big career move:

"I was really passionate about making products that would be defined as much by what is not in it, than what is. No chemicals, sulphites, additives or preservatives. The reason why the word batches is in the title for Beekon, is precisely that. It’s a batch in time depending on the honey and natural ingredient infusions, as nature intended. Almost like a wine varietal."

There are other elements behind Beekon Batches that positively address the massive issues around its core ingredient, honey. With bee populations in huge decline, Karen is very much aware that she too has to do her part for the environment:

"It is our intention to develop a bee pollinator programme. Ultimately, I have a dream that everywhere that sells a Beekon will do at least one thing that supports a bee pollinator programme. We actively deploy wildflower seeds as part of our activation. This month we kick off our partnership with Airfield Estate to undertake Bee and Growing experiences with bar managers and staff to heighten the awareness and impact of our behaviour in a bid to effect change in some way. Further pollinator initiatives will be coming down the line."

Sourcing her honey from Argentina allows Karen to have a consistent supply chain as they have such apiaries there, but it did leave me pondering what's preventing her from using native Irish honey:

"The difficulty with Irish honey is the quantity available, particularly the kind that has a flavour profile that would work for Beekon. This is even more important as we do not add any flavouring, so the only flavour you get is that of the honey we choose. For Beekon production, the honey requirement is substantial, making it difficult to get to the threshold levels required.  Notwithstanding this, we are in talks with Irish honey suppliers with a view to doing an Irish honey blend. Quantities and flavour profile permitting."

And although the recommended serve is an iced half-pint tumbler with a wedge of lime, Dublin bartenders are already pimping out their cocktails with Beekon to give their drinks a honeyed effervescence. So there's no excuse not to try one - do it for yourself or just for the bees.

Beekon Batches is available in choice bars and independent off licences.