A Food Lover's Tour Of The Eastern Cape 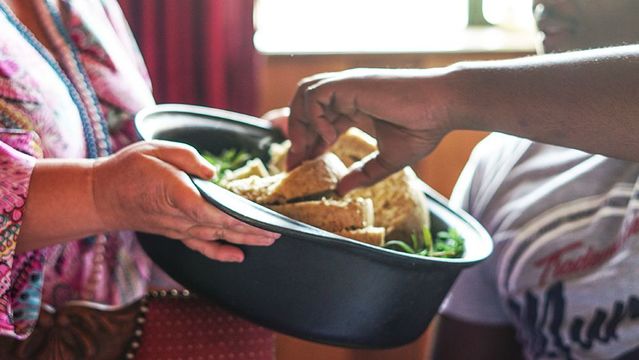 FOOD&WINE's Gourmet Traveller, Nadia El Ferdaoussi has been jet setting, eating and drinking once again so she can whet our appetites for our next holidays... This time, she reports on a recent tour around the Eastern Cape of South Africa.

Ever since I visited Cape Town a couple of years ago, I’ve been itching to get back to South Africa. It’s the country that comes to mind when I get that inevitable question, as a travel writer – ‘Where’s your favourite place?’

One of the main reasons is the quality of food and wine on offer. This time, I went to the lesser visited Eastern Cape, but there was no shortage of delicious treats to be had.

Setting off on a road trip starting in Port Elizabeth, if you’re visiting Addo Elephant National Park, make sure you leave yourself some time to stop at what is essentially a service station on the motorway, slash, farmer’s market and restaurant – Nananga Farm Stall. 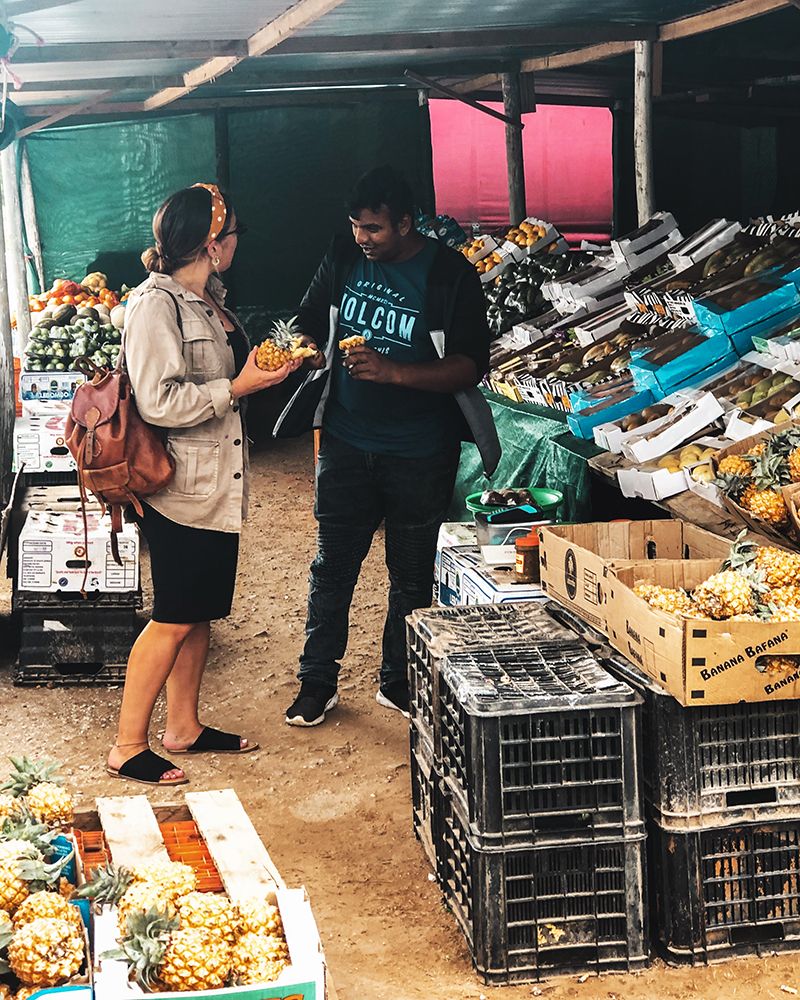 The farm stall sells homemade relishes and chutneys, cake and cookies, hot pies for the road and Roosterkoek, traditional South African bread cooked over the braai (BBQ). The outdoor market sells fresh fruit and some more jars of spicy sauces to take home. Pick up some silky, juicy, fibreless mangoes for your journey. 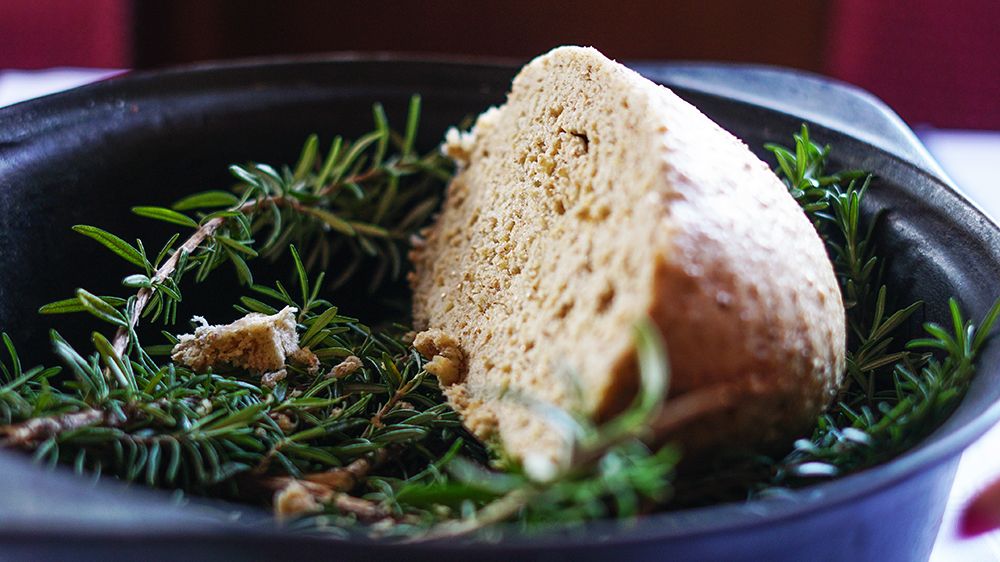 Traditional bread cooked on the braai.

It’s typical to take long drives in South Africa, so snacks for the road are essential. Droëwors and Biltong are two favourites, similar to jerky. They’re both cured and dried meat that make the perfect protein-rich snack and you’ll find them sold absolutely everywhere. Local butchers will tell you that chicken is considered a vegetable here. 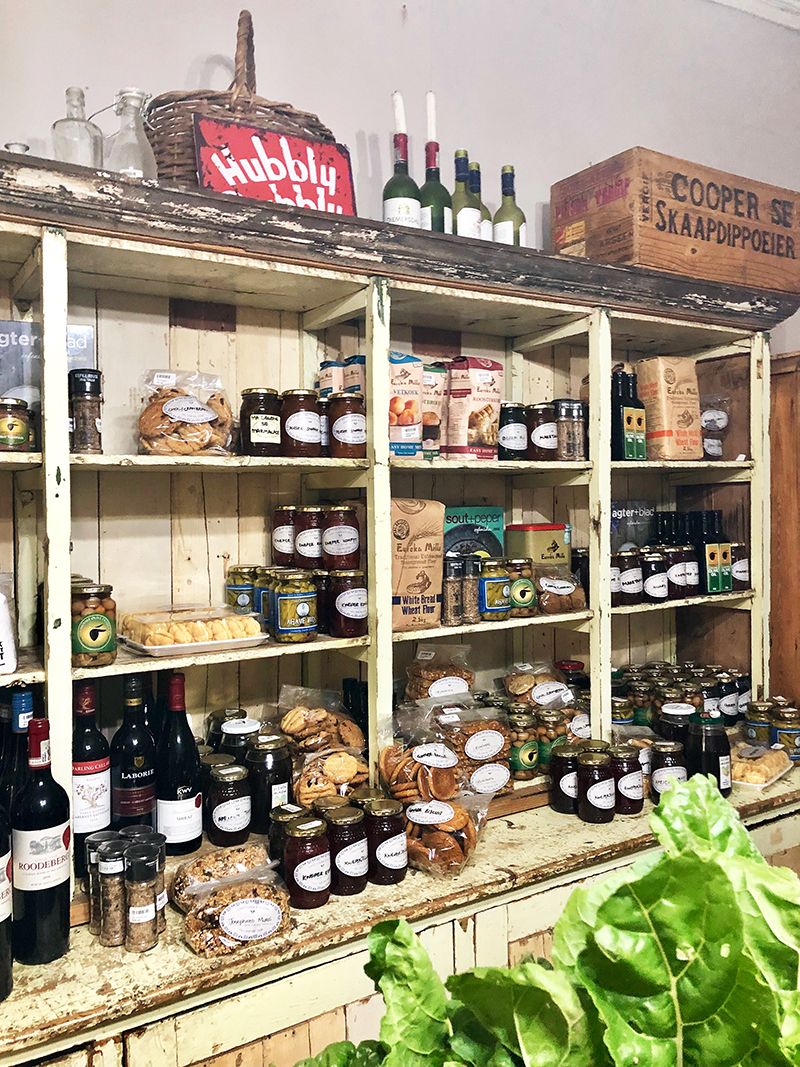 Over in Cradock, close to Mount Zebra National Park, one of the oldest towns in the Eastern Cape there’s everything you need for a 24-hour gastronomic mini break. Pop into True Living farm store for rusks (a grown-up version of the ones we had as kids, a biscuit that’s an acceptable breakfast food) and Karoo Brew for coffee or gin. Try ‘Pretty Poison’ – a Port Elizabeth gin. 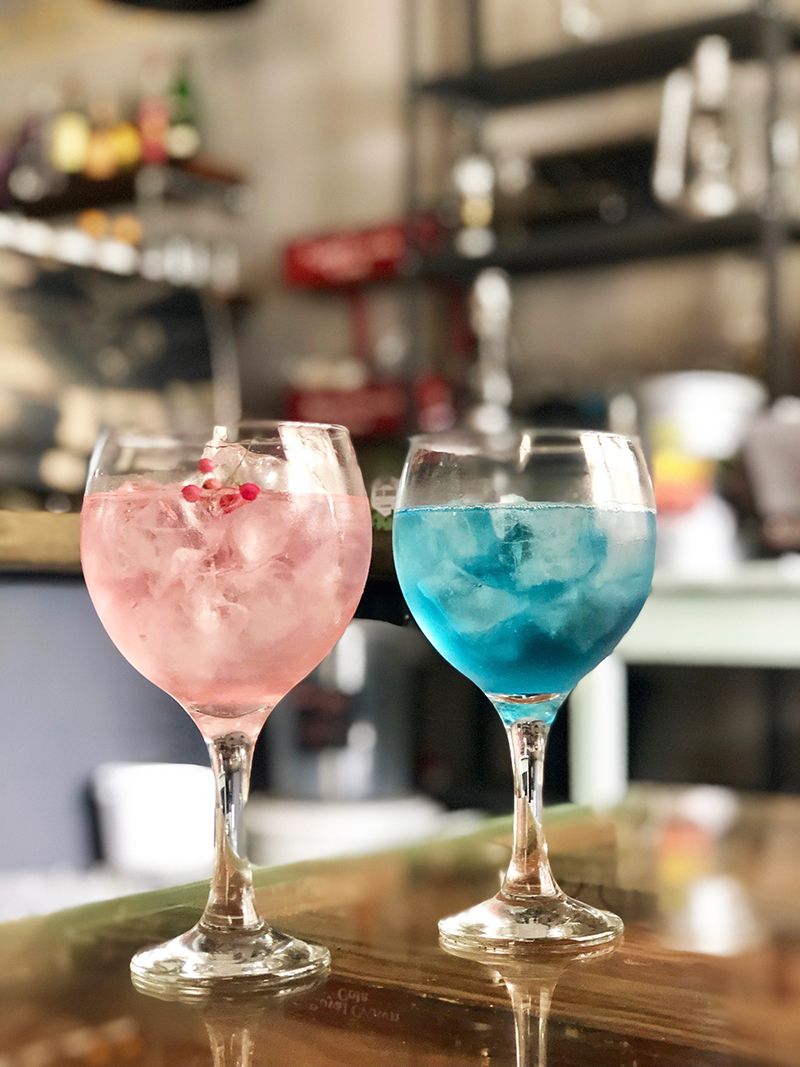 Lunch has to be in Victoria Manor, where chef Maswazi has been named the carrot cake king of Cradock. Here you can try some typical Xhosa specialities. Bobotie, which is spiced mince with egg topping served with chutney, hearty homemade chicken pie with flaky pastry, pumpkin, Inkobe (boiled corn) and Umngqusho (samp and beans). 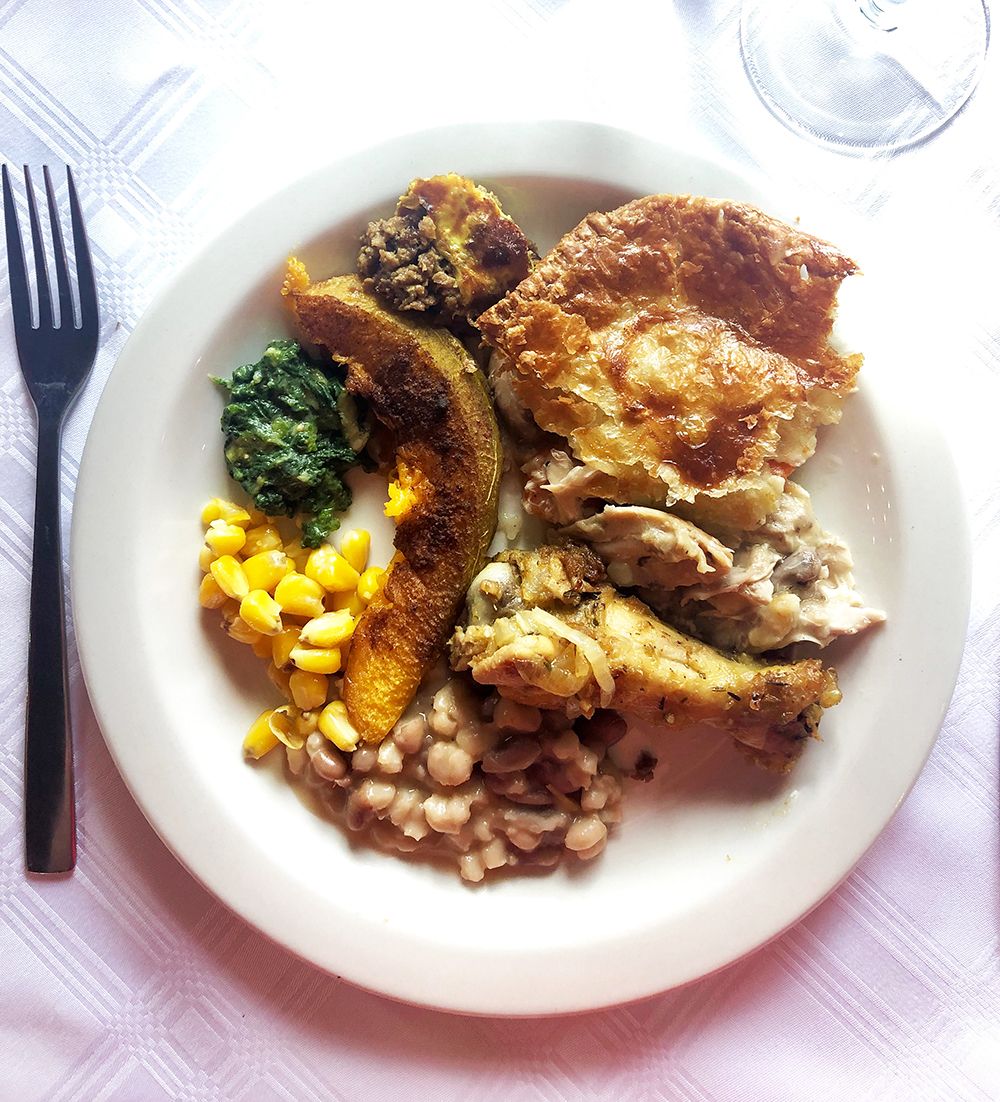 Finish off with a Springbok shot – peppermint and Amarula (a cream liqueur from the African marula tree) in the national rugby team colours, which tastes just like an After Eight. 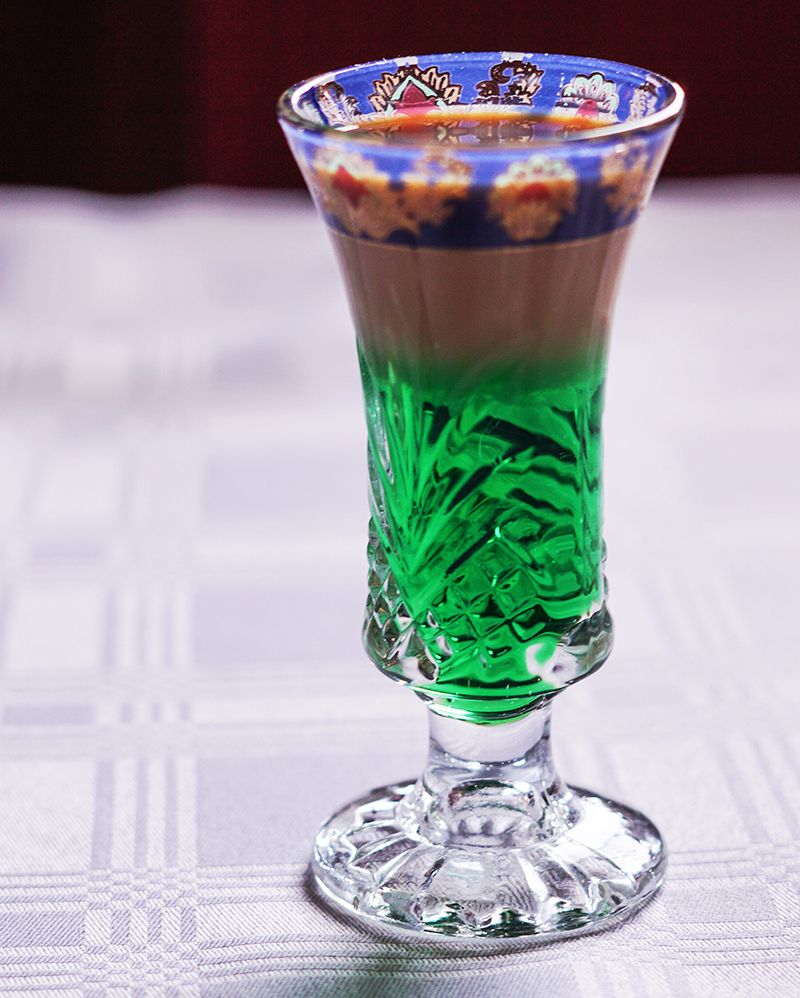 The hotel comprises of Karoo style cottages dating back to the 1800s and if you can get any time with Lisa, who runs the family-owned establishment, you’re in for a fascinating history lesson. Lisa is a wealth of knowledge when it comes to anything and everything to do with this region from history to food, so grab a glass of Pinotage and settle in for a chat. 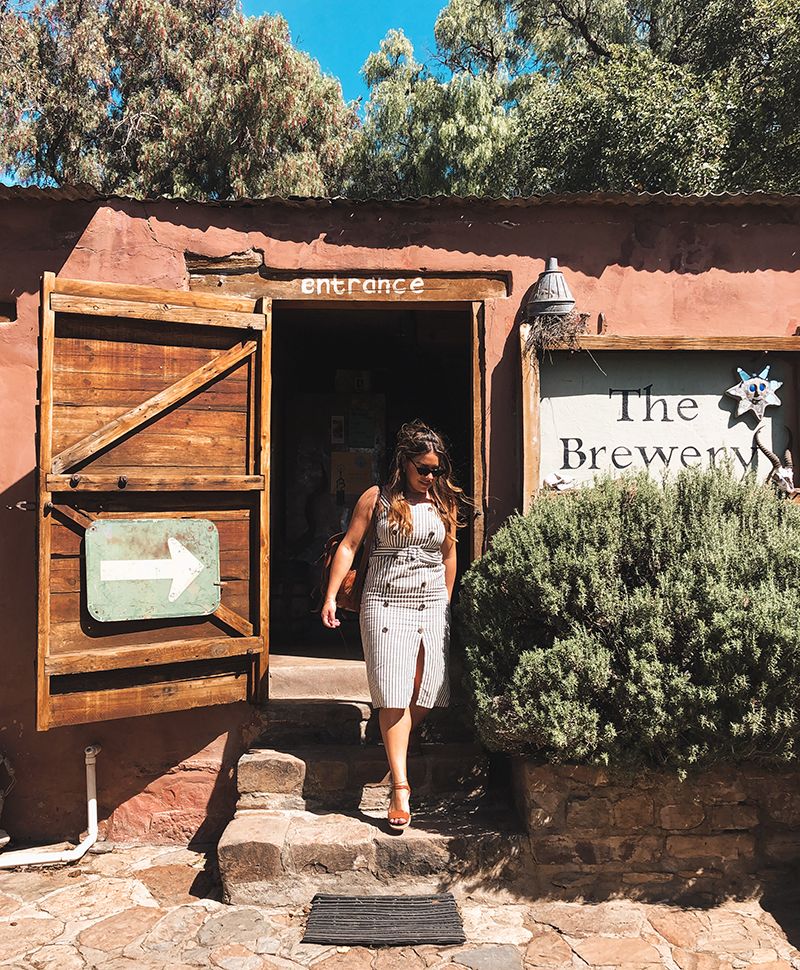 About 90 minutes down the road will bring you to Nieu Bethesda, a village where it feels like time stands still. Breathing new life into the village though is The Brewery & Two Goats Deli. Pop in for a craft beer tasting in their gardens while soaking up some sun. The Honey Ale uses honey from hives on the property and they also make their own cheese and roast coffee in-house. 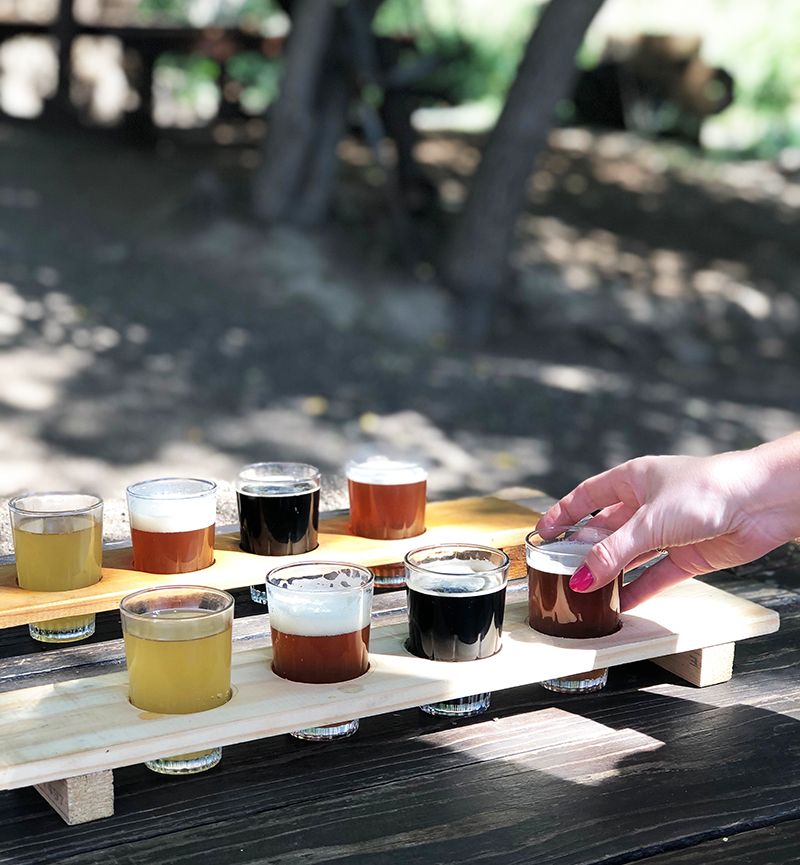 A beer tasting in The Brewery & Two Goats Deli

Back in Port Elizabeth, get yourself to an authentic South African Braai. The guys at Lungton Tours run township tours where you can learn a lot more about the way locals live. We stocked up on barbecue essentials in KK Butchery, who season the meat before having everything cooked at the grill next door. Hot, salty meat and cold Castle beer, simple but perfect. 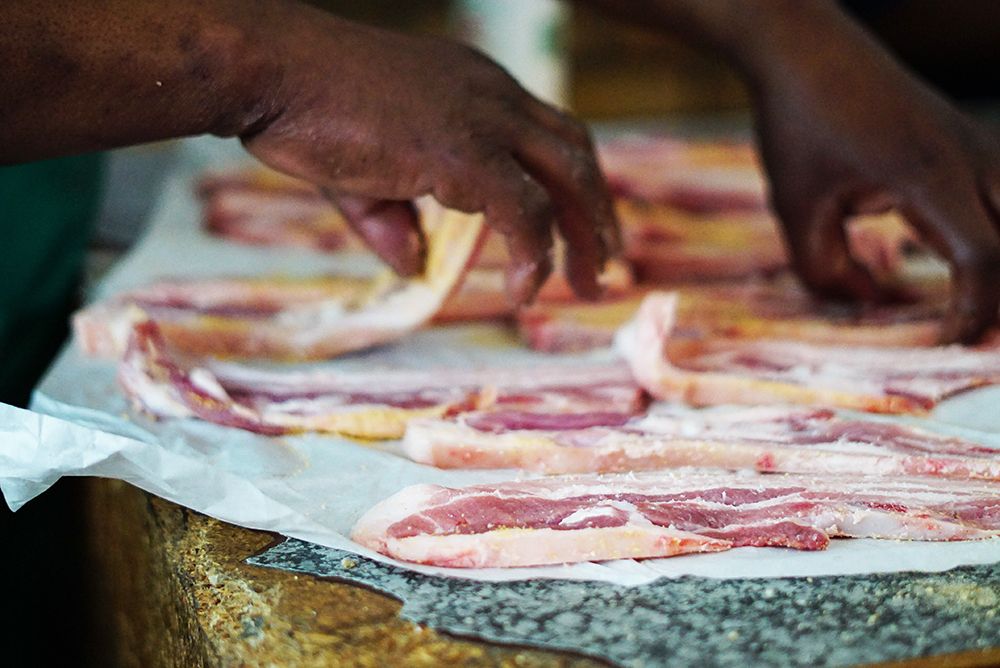 Bring your own sliced pan and anything else you want to cook at the braai, corn on the cob in our case. This is a hands-on meal, so nothing you need cutlery for. We’re told the area has makeshift bars called shebeens at night time and suddenly feel very at home. 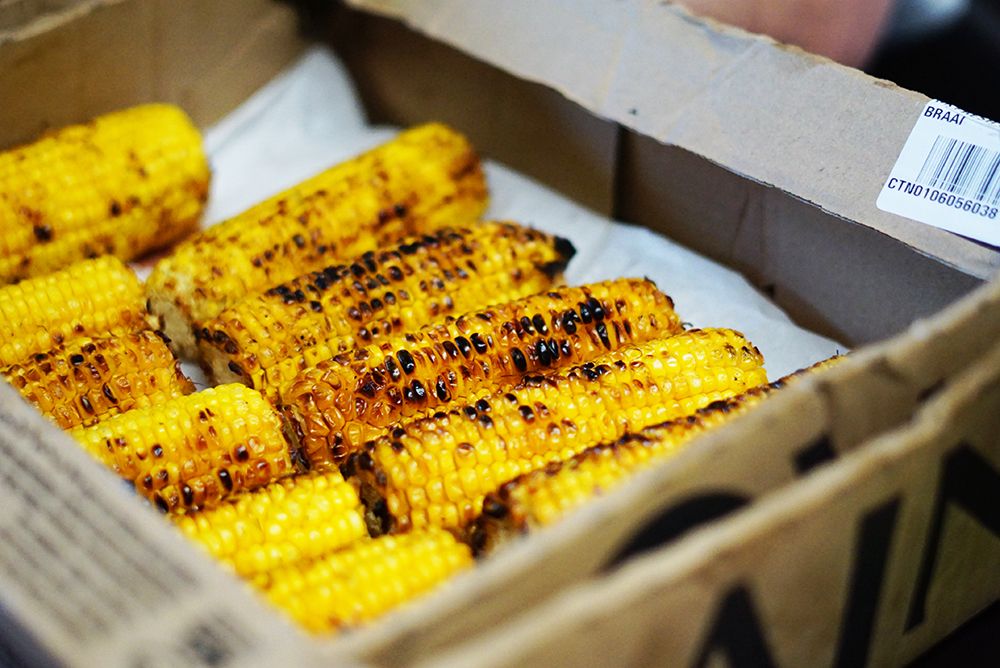 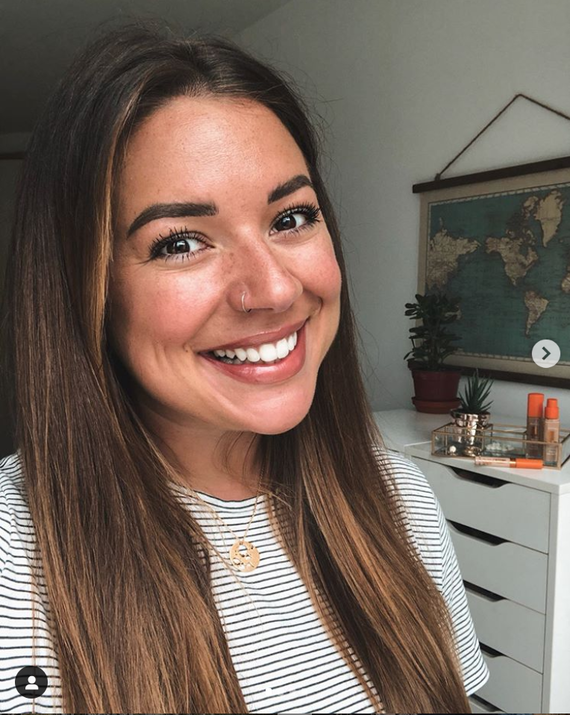 Dublin native, Nadia is a freelance travel writer whose plan is to wander the globe until the novelty wears off (if that ever happens). Despite travelling to exotic locations the world over, her favourite country is Ireland, “when the sun shines, there’s no better place.” Her dream job would be mystery shopping in hotels, since she has a keen eye for detail and already spends most of her time living out of a suitcase. Nadia has a new found passion for wine and is quickly moving up through the ranks in terms of wine education. Her bucket list destination? Antarctica. 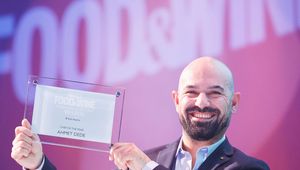 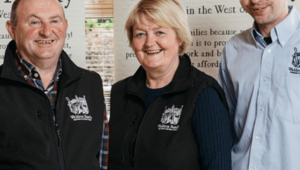 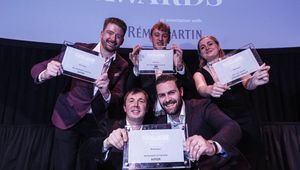 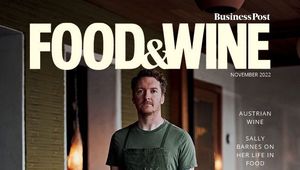 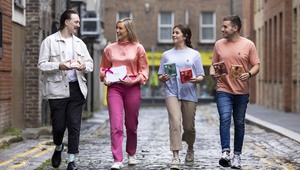