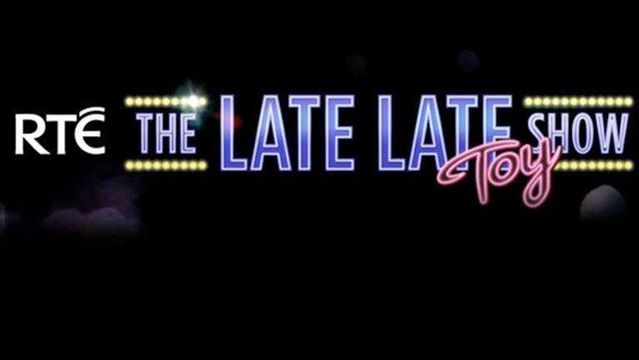 Arguably the most important date in the Irish television calendar is tonight – it’s The Late Late Toy Show!

We know you’ll be getting cosy in front of the fire tonight in your Christmas pyjamas while tucking into some festive treats because you have to treat yourself on Toy Show night! If you’re feeling up to it, you could even make yourself some delicious dishes to enjoy, like this hot and spicy nduja chilli pizza with this chocolate fudge sundae for dessert.

With The Greatest Showman as this year's theme, Ryan Tubridy’s 10th Toy Show is set to be the most spectacular ever, so we’re looking forward to seeing what sort of shenanigans he’ll get himself into. To get you into the spirit of things, we’ve rounded up our three favourite food moments from last year’s show, so watch the videos below to prepare for this evening’s hilarity.

Lila sees herself on TV

An absolute cutie from Kildare, Lila totally stole the show at last year’s Late Late Toy Show. After demonstrating how to make a My Little Pony teddy fly, Tubs tried to direct Lila’s attention towards a hot dog stand but once she caught sight of herself onscreen, there was no coming back for her!

I’ll come out in hives!

Another golden moment from the 2017 Toy Show was the appearance of little Tadhg and his Batmobile. More entertaining than Batman V Superman, Tubridy and Tadhg had a little scuffle with a Batman stretch toy, which ended with Tubs literally dragging the poor child around the floor. Quality television content right there, than you RTÉ! As if that wasn’t enough, Ryan then tried to put Tadhg into anaphylactic shock by offering him an egg while he was demonstrating how to use Batman shaped toast cutters, to which Tadhg replied with the instantly iconic line “I can’t eat that! I’ll come out in hives!”.

Watch below to see Tadhg and Tubs wrestle with the Batman stretch toy.

Tadhg is sure to go down in The Late Late Toy Show history after this performance!

Posted by Entertainment on RTÉ on Friday, 1 December 2017

2017 was definitely a good year for The Toy Show, with Kyle from Westmeath farmer demonstrating how best to milk a cow. For city folk like us, this segment was both hilarious and sort of informative! Tubs and Kyle went on to have a cow-milking race, which of course Kyle won by miles. Poor Tubs might have to work on his milking technique for this year!

Watch below to see the full clip.

We can't wait for tonight's Toy Show! Fingers crossed for some more hilarious moments like those above. Watch the trailer for this year's Late Late Toy Show below:

What are your favourite Toy Show food moments? Let us know in the comments below.