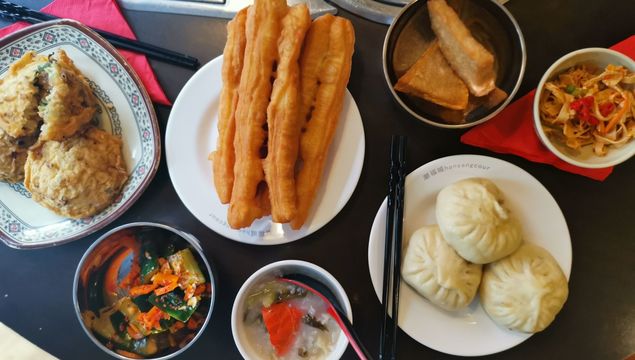 In the second instalment of her search for great Taiwanese food in Dublin, writer Mei Chin finds memories of her childhood home in a breakfast buffet.

Han Yang on Parnell Street is a Korean restaurant, but its owners are from Fujian, China. Four days a week, Han Yang puts on a breakfast buffet. Arrayed are Chinese eggs cured in tea and slightly smoky, spicy cold tripe, peanuts braised in soy and star anise, deep-fried taro, and garlicky cucumber. There is a salad of creamy, chewy yuba, which is made from the skin that forms on soymilk when it is boiling. In the corner, two pots, one of the soymilk doujiang, the other of Chinese rice porridge congee, simmer. 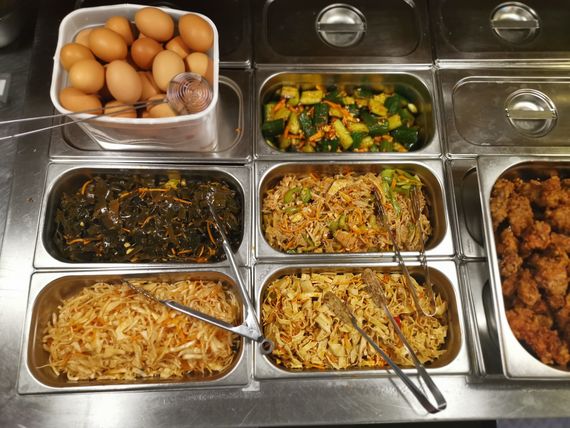 Taiwan is the island from which my parents hail. Han Yang’s buffet (€8 a head) sings of Taiwan and home. Snaps my friend and chef Nick Wang, who hails from Fujian, “This is Fujian breakfast. Everything that the Taiwan people eat, they learned from Fujian.”

Fujian province lies directly across the strait from Taiwan. Most Taiwanese are descended from Southern Fujian Hokkien people. In various times in history, they have been considered as one country. Taiwan and Fujian are fishing cultures that worship the sea goddess Mazu. When the Fujian Chinese were escaping the Manchurian conquerors in the 17th century, they fled to Taiwan, where they believed that Mazu and the sea would protect them. 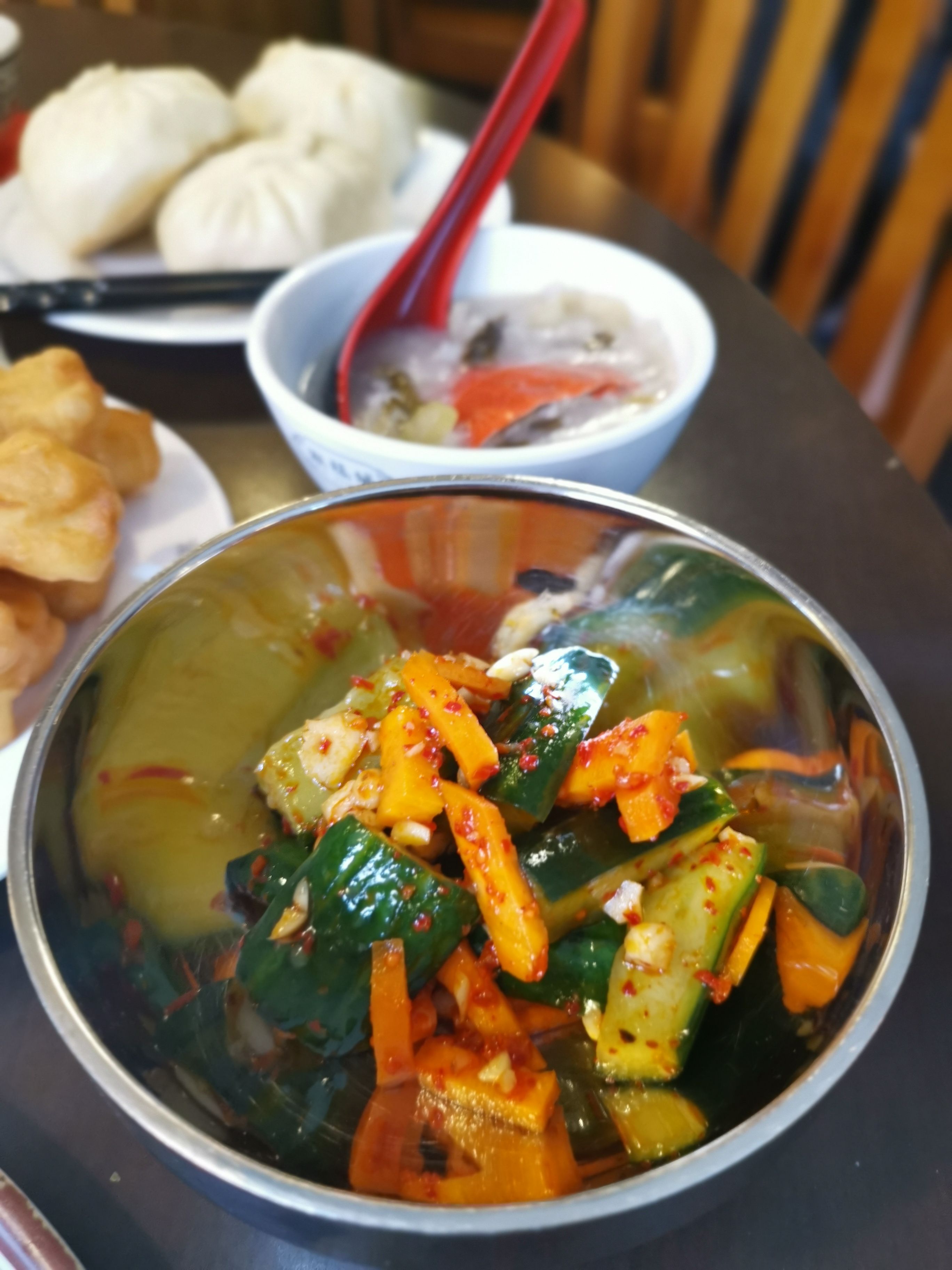 Bian rou and flavours of the sea

Fujian flavours are about the sea, delicate and briny. Han Yang’s congee is stewed with chunks of crab and laced with pickles. Seaweed is delectably incorporated into the stuffing of the pork buns. Sweets also abound, like the deep-fried mochi rice balls crusted with sesame, and tianbing, flaky, buttery pastries spread with sugar syrup.

Bian rou are Fujian wontons, iconic to the capital Fuzhou, lighter and smaller than ordinary wontons, in a clear, vinegar laced broth. Nick explains that that in traditional bian rou, the wonton wrapper is made of pork pounded several thousand times until translucent. Indeed when Nick goes home, the first thing he heads for is a big bowl of bian rou. Han Yang uses storebought wheat wonton wrappers, but the dumplings dance in my mouth and the broth is prickly and refreshing. 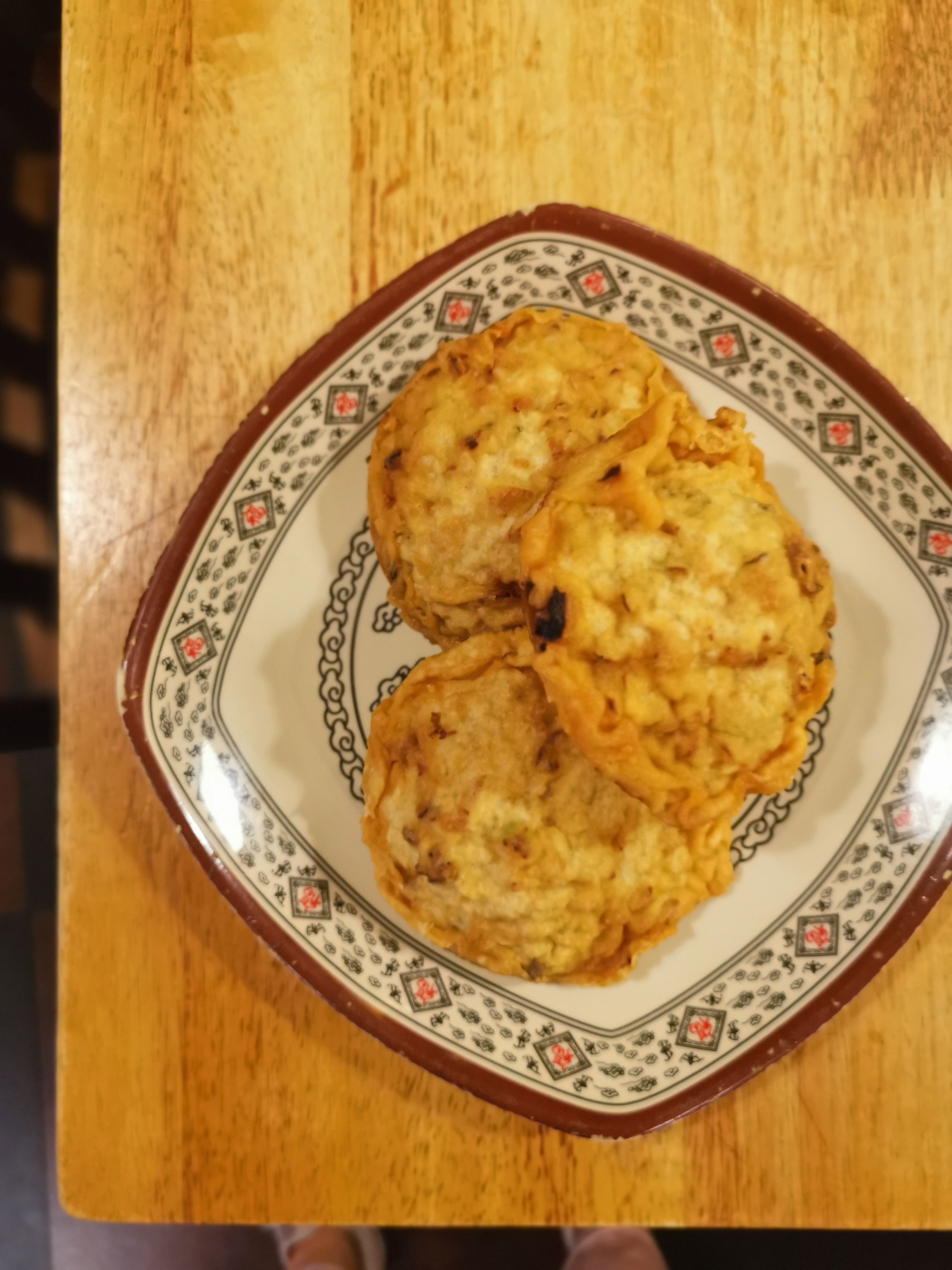 Not everything is perfect. Xiaolong bao (soup dumplings) are dry, but I like my xiaolong bao Shanghai style, with a generous mouthful of soup. The oyster pancakes I had in Taiwan is of plump bivalves either wrapped in caul fat or frittered in airy batter. Han Yang’s oyster pancake is mostly batter, seaweed and cabbage with no discernable oysters.

Nick has been coming here for more than ten years. As we sit down, a handsome young man, six foot three, strides through the restaurant wearing a suit. He’s the owner’s son. “I knew him when he was this high!” Nick exclaims. “He was born here. His Chinese… it’s like yours!” 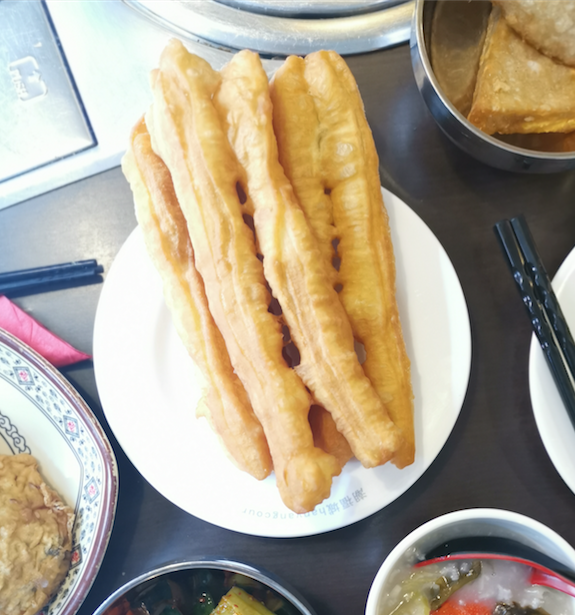 There’s not a lot of Fujian options in Ireland. It means that all of Han Yang’s food is made fresh and in-house. Outstandingly fresh are the youtiao. Youtiao is a salty Chinese crueller, leavened layers of dough are folded over fat like a croissant and deep-fried. Every morning before school in Taiwan, my mother would assuage herself with youtiao dunked in soymilk doujiang.

Youtiao is like bread; when it’s scarce, I’m fine with the frozen and sub-par. But now I am confronted, as I am at Han Yang, with the real thing, I understand the pilgrimages that have been made for the perfect version. Han Yang’s is rich as Midas and featherweight.

The Fujian breakfast is served Monday - Thursday, 10am to 3pm.