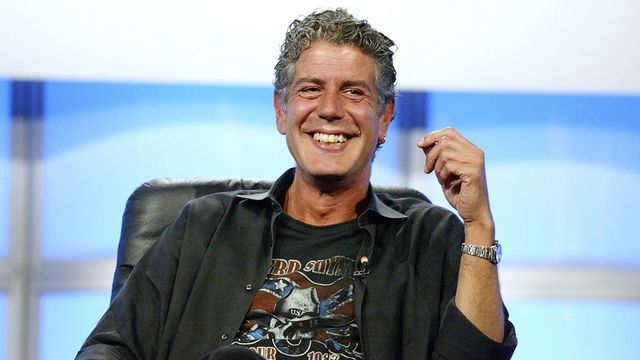 Today marks what would have been Anthony Bourdain's 63rd birthday so to honour the late chef and food writer, his legions of friends and fans around the world are sharing their favourite Bourdain memories.

Chefs Eric Ripert and José Andrés, close friends of Anthony's, have declared that they will celebrate Anthony's life today by sharing memories of him and toasting his life. The pair have encouraged Anthony's fans to do the same by posting their own memories of the chef online using the hashtag #BourdainDay.

Read more: Anthony Bourdain To Be Honoured By Fans On June 25th

This clip is peak Bourdain, highlighting the unpretentiousness of his palate. After a night of drinking, Anthony and chef Sean Brock visited Waffle House, a 24-hour diner with a cult-like following. Watching Southern favourites like fried eggs, waffles, hash browns cooked up right in front of him is a revelation to Anthony, who proclaims the diner's food as "better than the French Laundry".

Watching Him Cook At Les Halles

Many people will remember Anthony for his television shows like No Reservations and his book Kitchen Confidential, but before that, he was a well-regarded chef that burst through some of New York's best kitchens. Seeing him cook in this clip is like watching a rock star perform; he's cool, collected and oozes swagger, showing just how talented he is behind the pass.

Bourdain and Obama in Hanoi

Two American icons, united in Vietnam, slurping on traditional noodles. The pair chat away effortlessly like old friends, disregarding their status and fame, showing how food can truly bring people together.

This Emmy-nominated episode caused Anthony's entire focus to shift as, right before his eyes, he saw a society flip into war in a split-second. Though he was in Beirut to learn more about the city and its food culture, the episode ended up capturing the trauma of war and how society can change in an instant. Anthony and his crew were trapped in Beirut for several days before being evacuated but the story never ended up about them; Anthony kept the focus on Lebanon and its people. Ultimately, this episode changed how Anthony approached his work and from here on, he used his position to talk about politics, social issues and much more.

Of course, this list wouldn't be complete without including Anthony's visit to Ireland. While he was here, he visited some of the capital's best spots, like The Gravedigger’s, Slattery’s, The Cake Café, before indulging in a local delicacy: taco fries from Camden Street. This episode really showcased our vibrant little country in all its glory and it's an absolute joy to watch.

What's your favourite Anthony Bourdain moment? Let us know in the comments below.