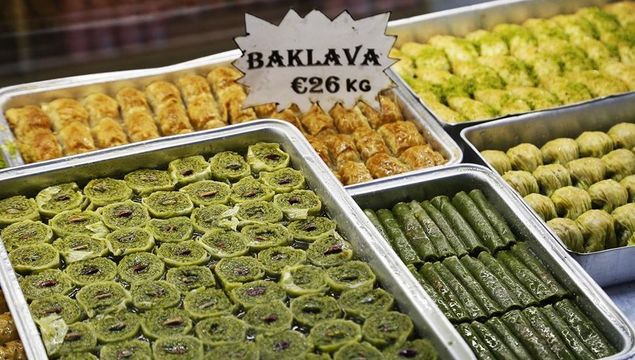 Food writer Mei Chin is back on the beat in Dublin exploring for global delights and has more recently become addicted to a new find on Capel Street – Ayla Turkish Foods and Bakery.

I am eating a lot of borek these days, horseshoe-shaped flaky pastries stuffed with cheese, meat, potato, and spinach. Borek are best piping from the oven, which, as I now realize, I can get at several times a day at Ayla on Capel Street, the only shop in Dublin committed to selling Turkish goods. Also, there is ring-shaped simit, thickly encrusted with toasted sesame. I am from New York and finally, after many years, I have the closest thing to both a soft pretzel and a proper bagel (Sorry, gentiles, but Irish bagels are not real). In lieu of cream cheese, I smear my simit with thick salty Turkish yoghurt labneh. 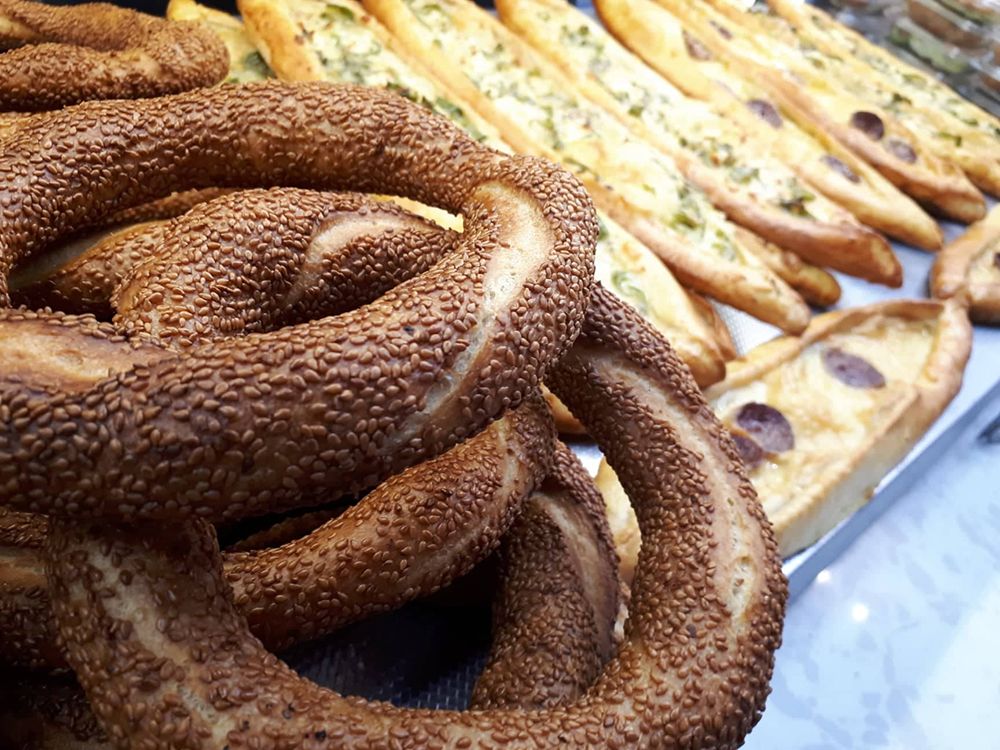 Speaking of New York, the most famous one-stop shop there for “exotic” goods is the Turkish-owned Kalustyan’s, because Turkey is synonymous with diverse. This country spans two continents, borders Greece, Bulgaria, Georgia, Armenia, Iran, and Syria, and once the Ottoman Empire controlled the spice routes linking the Far East with Europe. The Turkish diet is Central Asian heartiness, Middle Eastern complexity and Mediterranean warmth with whiffs of India and China. Ayla’s Capel Street location suggests Turkey’s geography, in that it is near the Polish Moldova, down the road from the Korean lunch counter Dosirak, and a stone’s throw from the Sichuan standby Old Town and the new Moroccan joint, Marrakech. 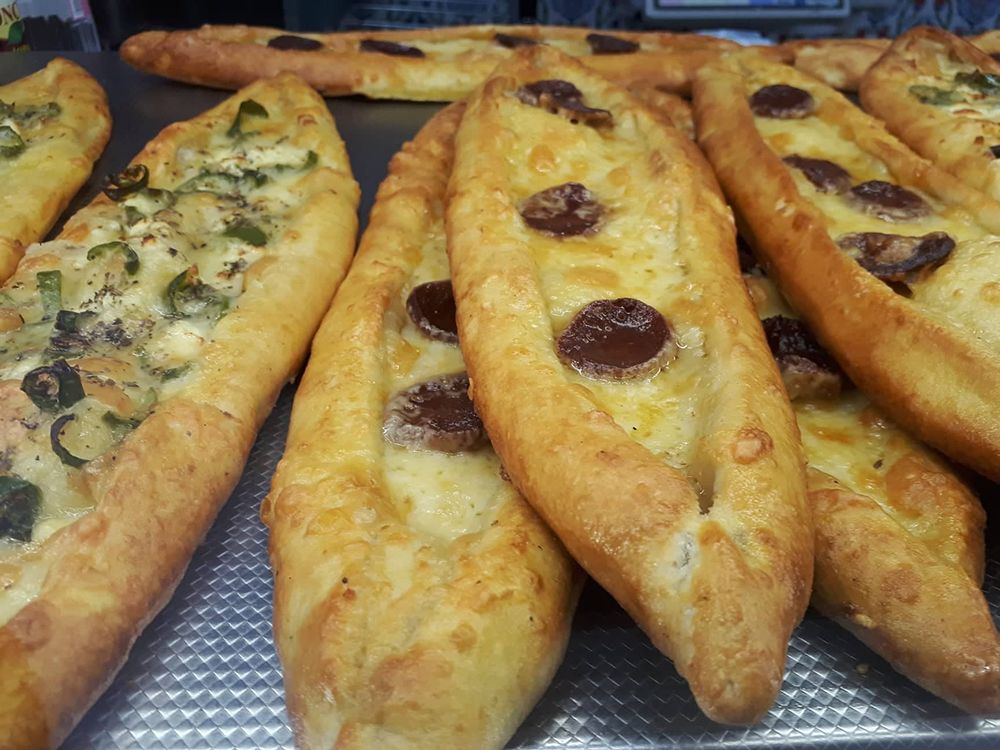 Perhaps you are tempted by a Turkish breakfast, which I have dubbed 'The Intercontinental'. The Turks place as much importance, if not more, on the first meal of the day, and it is comprised of a variety of bites – a riot of colour, spices and textures. Presently, one might find eggs fried with sujuk sausage—which is the ubiquitous Turkish smoked beef paprika sausage, flaky borek, olives, tomatoes, pickles, cucumbers, and Feta and Kasseri cheeses. Menemen are eggs, softly scrambled with tomatoes, onions, and long, green Turkish peppers, which I had never encountered until Ayla, and which are like Padróns crossed with bells.

There is a wonderful dip from tahini, drizzled with grape molasses, reminiscent of Nutella and peanut butter and jelly, and which tastes far better. Turkish breakfast almost always includes yoghurt, which you can find at Ayla in a myriad of guises, strained and formed into creamy balls of labneh, in a salty yoghurt drink called Ayran, or in enormous tubs. Ayla’s owner Erol Basak informs me, “If you eat yoghurt every day, you will live a hundred years.” 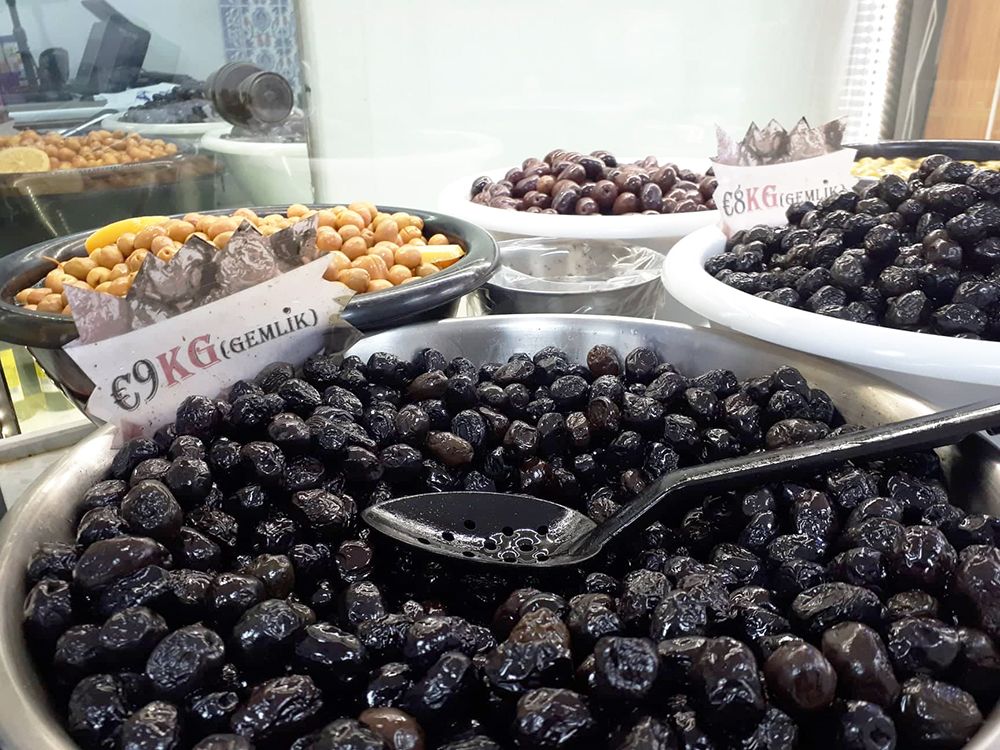 In Ayla, find dried mint, sumac, Aleppo pepper. Containers of the pepper spread ajvar, hold court with rings of sujuk, basturma – the cumin and peppercorn spiced Turkish pastrami – and yurfa pastry, which is similar to filo but not quite, fragile enough for baklava and borek, but hearty enough to enclose shawarma. I am drawn to a vat of pale khaki coloured olives, shaped like almonds; they are soft, salty, and subtle. On Ayla’s shelves are ornate urns filled with housemade tahini and pekmez, or fruit molasses. In Turkey, the making of pekmez is a village tradition that harkens the beginning of winter. Pekmez can be made from the must of pomegranates, carob, mulberry, sugar beets, and grape, and their flavour ranges from sweet to puckering to darkly complex.

There is the stuffed grape leaves dolma, which Erol’s wife, Hatice, makes at 6am. Also, cig kofte, which is usually made of minced raw beef, but Hatice’s version – made with bulgur and smoky peppers – is both traditional and tasty.

“We have vegan dolma! Vegan cig kofte! We even have vegan baklava, first in this country!” cries Erol. He is perhaps overeager to jump on the latest Irish food trend, but it is true that much of Turkish food is naturally vegetable-based, and like the best of vegan, it has historically been so.

My most recent Ayla discovery, however, are the sundried courgettes. In this, the vivacious Zeynep from Ayla’s bakery, is my teacher. Following Zeynep’s instructions, I soften them briefly in boiling water, fill them with chopped rice, dried mint, hot pepper, and a dash of pomegranate pekmez, then stew with tomatoes. In fact, they prove to be velvety pockets for just about everything (I like them with minced chicken, Chinese black beans, and ginger). Plus, because they are vegetable-based, organic, low carb, and gluten free, they are bound to survive any diet fad apocalypse. 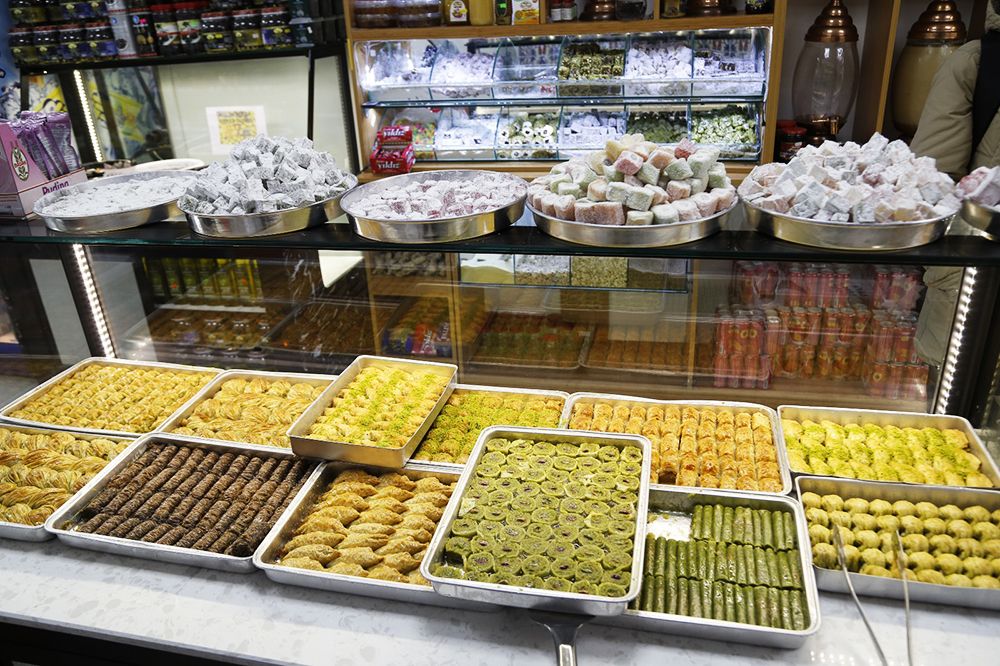 Teas are made in two pots, the boiling water in the pot beneath warms the water in the one above and lets it gently steep with the leaves. Pair Ayla’s teas with one of their many baklavas. Normally, I am not a fan, but find a toothsome version with walnuts laden with honey and butter. Or try a Turkish delight, a treat that first disappointed me when I was a child reading Chronicles of Narnia. All I could think when faced with my first soap-scented cube was, “Edmund betrayed his family for this?” But Ayla has many varieties of this candy, freshly imported from Turkey. I am taken with a sticky dark caramel packed with pistachio. Perhaps it’s not inform-on-your-siblings-to-the-White-Witch worthy, but it’s delicious.

Curiously, Ayla’s window does not display its sweets (they are inside the shop) but instead is Willy Wonka for the savoury, carb-obsessed. Next to the borek and the simit (to which I am developing a dangerous addiction) is water borek, a custardy, lasagna-like pie made from boiled sheets of egg yurfa, layered with crumbly white cheese. Pide are slipper-shaped pastries topped with sujuk, white cheese, and vegetables. Pogaca is a soft, fluffy bun. 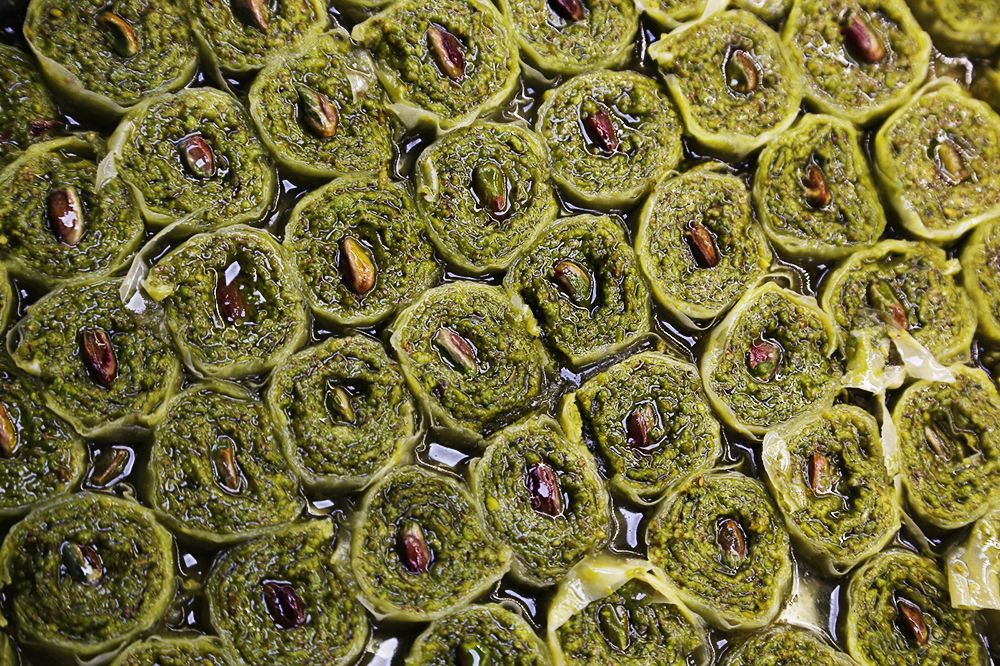 It is this window that makes passers-by hesitate on Capel Street, but many continue walking. There is an understandable reticence about the unfamiliar. For one, you don’t know the reception you will get. At the New York Kalustyan’s, you go knowing what you are going to buy, you don’t ask questions because the shop is two-parts authenticity, one-part glowering attitude. This couldn’t be more different than at Ayla’s, where customers stand around chatting while sipping tea and nibbling Delight. Most everything at Ayla’s is an invitation to sample, like the dish of pits next to the vats of olives. What’s more, Ayla’s friendliness does not just extend to the regulars, but to everyone who enters. Questions about pekmez and sujuk are beamingly answered, recipes smilingly dispensed. Which is comforting because there are, at Ayla, so many surprises yet to unfold. I look forward to learning the next new thing there soon, preferably with a simit in hand.

Have you been to Ayla Foods? Let us know in the comments below.