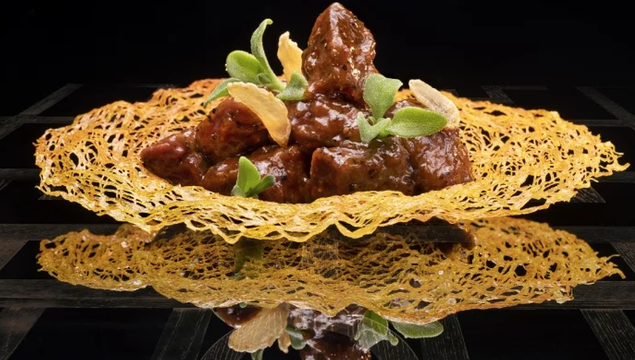 Inspired by the recent Netflix hit, Always Be My Maybe, food writer Mei Chin looks into what is Fancy Asian Food and if it exists in Dublin. In this first instalment of a two-part feature, she chats to friends who've experienced it and where.

There is a movie streaming on Netflix called Always Be My Maybe. If you’re not an Asian who grew up in an English speaking country, you may not be aware of it.  It is set in As-Am hub San Francisco. It stars comedienne Ali Wong as a celebrity chef.

Scattered in the movie like artful dabs of gochuchang – are observations about Asian identity, through a food lens.

That an Asian-American woman, fifteen years ago, could have been a romantic lead, a standup comedian, or a celebrity chef? The notion would have been absurd. Yau mo gao cho, ah!

“Fancy Asian” is an Ali Wong phrase from her comedy special, Baby Cobra. Watching Wong in Always Be My Maybe made me consider Fancy Asian Food, in China and Taiwan where my parents hail, in the United States where I was born, and in Dublin, where I now reside.

If you haven’t watched #AlwaysBeMyMaybe yet, I suggest you get to it tonight before all your co-workers discuss the big spoiler at work tomorrow!

Fancy Asian in Ireland, while developing at an exciting pace, has a way to go. That being said, I talked to a few of Dublin’s food luminaries and asked them to chime in on their favourite fancy Chinese, and how it inspires them.

Kevin Hui is the owner of China Sichuan, which most people agree is Ireland’s first venture in fine Chinese dining. Hui belongs to one of Ireland’s oldest restaurant families, and his family lives in Hong Kong, London, and San Francisco. He affirms that Lung Kee Heen at the Four Seasons is still the very best place in the world for dim sum and that he loved the lobster noodles at Mandarin Kitchen in Bayswater (the chef responsible is now at Pearl Liang).

Hui also mentions Hakkasan, which was, for many, the restaurant that began it all. 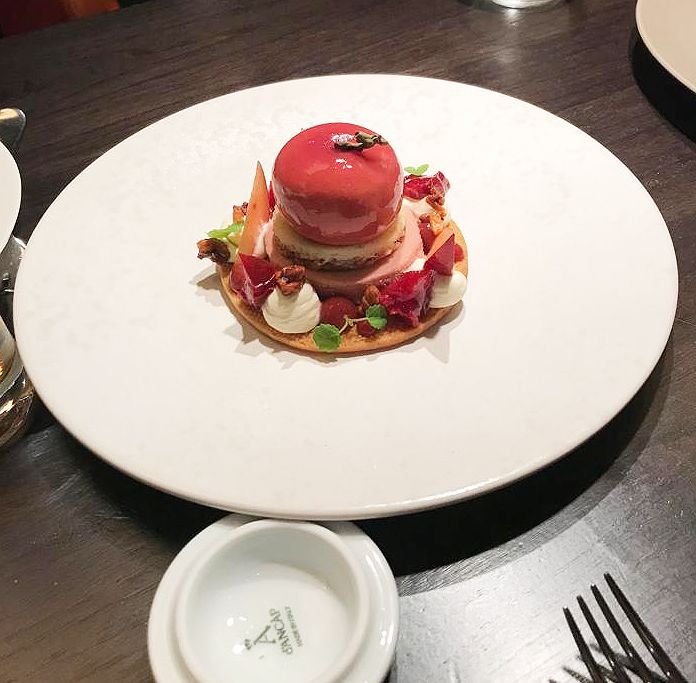 If you’re Chinese growing up in an English-speaking country, chances are you remember Hakkasan. A Chinese dinner for two for £151 raised eyebrows when it opened in London in 2001. Moreover, the founder-owner, Alan Yau, was not a white guy (It was generally acknowledged at the time that only a white man could charge so much for so-called ethnic cuisine).

Lobster shui mai and truffle duck with lobster were made all the more sexy with the hefty price tag. Before three Michelin star bad boy David Munoz made it big with Madrid’s DiverXO, he got his Chinese cooking chops in Hakkasan. Hakkasan was the moment that Chinese bling arrived.

What I love about Hakkasan was how they elevate so-called dirty, or strange Chinese ingredients, like lotus root and gingko nuts. Steamed fish, which once made people shudder, became glamorous.

A tip from Hui

Kevin Hui is reluctant to order either shui mai (those pretty dumpling parcels) or hargow (steamed shrimp dumpling in a wheat starch wrapper). Outside of Hong Kong, he explains, even luxe versions are often only marginally better than the stuff you find frozen at the Asian grocery. Hakkasan’s lobster siu mai, which is pretty to look at, but a little dense.

However, the cheong fun at Yauatcha, Hakkasan’s dim sum little sister in Soho says Hui, “is really quite something.”

Cheong fun is a normal, dim sum dish, but here it’s done to an extraordinary height. From where you sit in Yauatcha, you can watch it being spread and steamed. I once ate it enclosed with enoki and Japanese marinated beef, and then with prawns and shards of tofu yuba that shattered on the tongue. This is the platonic ideal of cheong fun, snowy, slippery, and silken, and I would marry the person responsible.

HKK was part of the Hakkasan empire, a tasting-menu-only restaurant in Shoreditch featuring the cooking of Tong Chee Hwee, Hakkasan’s first chef. Kevin Hui, calls HKK, one of the best dining experiences of his life.

My two most jaded Asian friends had dinner at HKK. Each telephoned me separately to swoon. Squid ink foie dumpling, langoustine with a shaving of truffle in consommé, wagyu beef with cubes of turnip cake, and also a peach mousse enclosed in a brittle white chocolate shell. And per Hui, simply the best Peking duck he has ever had.

The tasting menu was £95 per person, and while this was far from cheap, the quality was astounding, my Asian female friends assured me (The penny-counting Asian in me is compelled to point out that it converts to €106, less than the premium prix fixe at Old Post Office in Blackrock).

“You should go,” my Asian friend said, “Now.” I have never booked a flight for the sole purpose of having a meal, but I was on the verge when I learned I was too late. My Asian women had dined at HKK on its very last night!

Part two of Mei's exploration of Fancy Asian Food and her search for where to get it in Dublin will be published tomorrow on the site. Stay tuned!