The Dead Rabbit's Sean Muldoon On Giving Back To Ireland 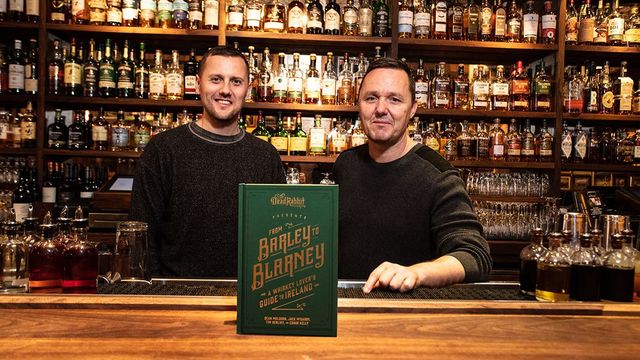 Jack McGarry and Sean Muldoon with their latest book.

The team behind The Dead Rabbit in New York recently launched their third book, From Barley To Blarney, A Whiskey Lover’s Guide to Ireland, at The Dublin Liberties Distillery.

The Dead Rabbit, which is a 19th century style Irish bar in Lower Manhattan, was originally opened in 2013 by Irish natives Sean Muldoon and Jack McGarry. The bar is now well-known for its amazing drinks and has been awarded several coveted titles, including 'World's Best Bar" at The World’s 50 Best Bars awards in 2016.

While the bar is the pair's main focus, Sean and Jack have also found the time to write three books, the latest of which hit shelves earlier this year. From Barley To Blarney, A Whiskey Lover’s Guide To Ireland details the duo's journey around Ireland and includes portraits of 22 of Ireland’s distilleries and their bottlings, 50 of its renowned pubs, as well as recipes for 12 original Irish whiskey cocktails.

Sean and Jack came home to Ireland earlier this year to launch the book in Dublin, where they celebrated with family, friends and fans. On the night, the pair gave a generous donation of $10,000 to the Northern Ireland branch of depression charity AWARE. The donation includes The Dead Rabbit’s royalties from all sales of The Dead Rabbit Irish Whiskey, which is produced at The Dublin Liberties Distillery.

To find out more about the book, what it meant for the pair to come back to Ireland and explore our whiskey culture and their connection with AWARE, we caught up with Sean Muldoon at the book's launch. 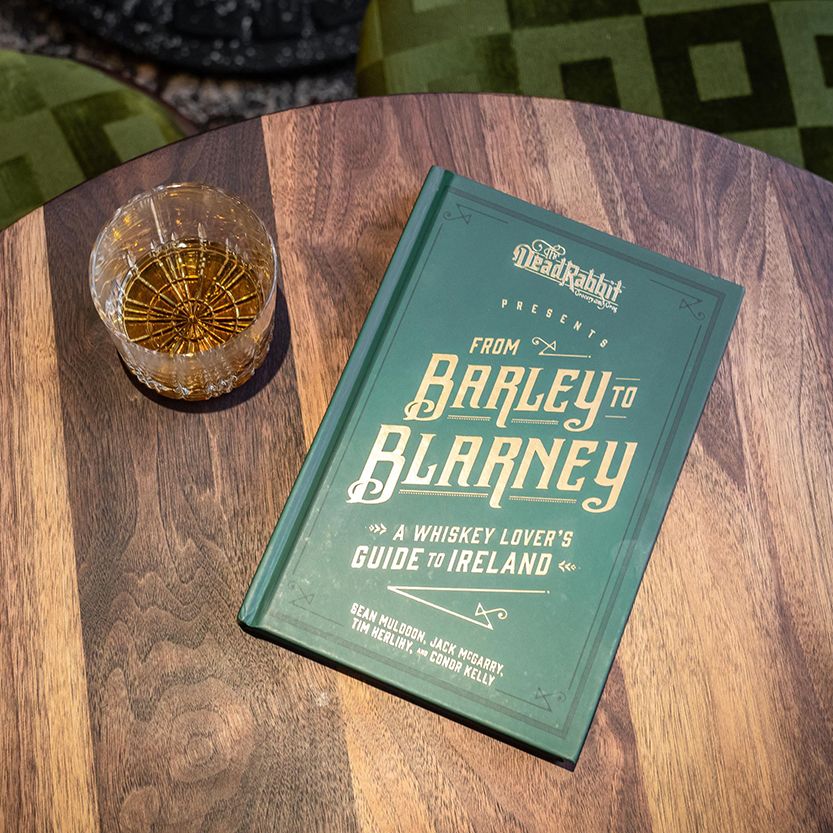 From Barley to Blarney.

What has the response to the book been like?

"It's been really positive, to someone in America it makes Ireland sound like an incredible country. We'll never make a penny on any of our books, they're labours of love for us. We really believe in them. It cost us a lot to make, around $60,000-$70,000, as we paid for the writer, the photography and the tours, but it was so worth it. We didn't get to include all the bars that we would have liked to, as we found there was a bit of fear from some people, but we're hoping in the future that we'll get to talk to lots more people."

Why did you decide to look at whiskey in such detail?

"Bartenders in America are fascinated with whiskey and now it’s the number one spirit in the States, the first brown spirit to become that popular. It's what people that come to our bar drink and they want to learn more about it. The drink a lot of American whiskey, Scotch and Japanese whiskey, but they're only recently starting to learn more about Irish whiskey.

The pubs are near the distilleries are full of character, so we wanted to tell it in a way that made the book not just for whiskey geeks, as some are very technical, so we tried storytelling in a way that anyone can read it. The history of whiskey around the country is in there and we break it down into stories of distilleries and pubs." 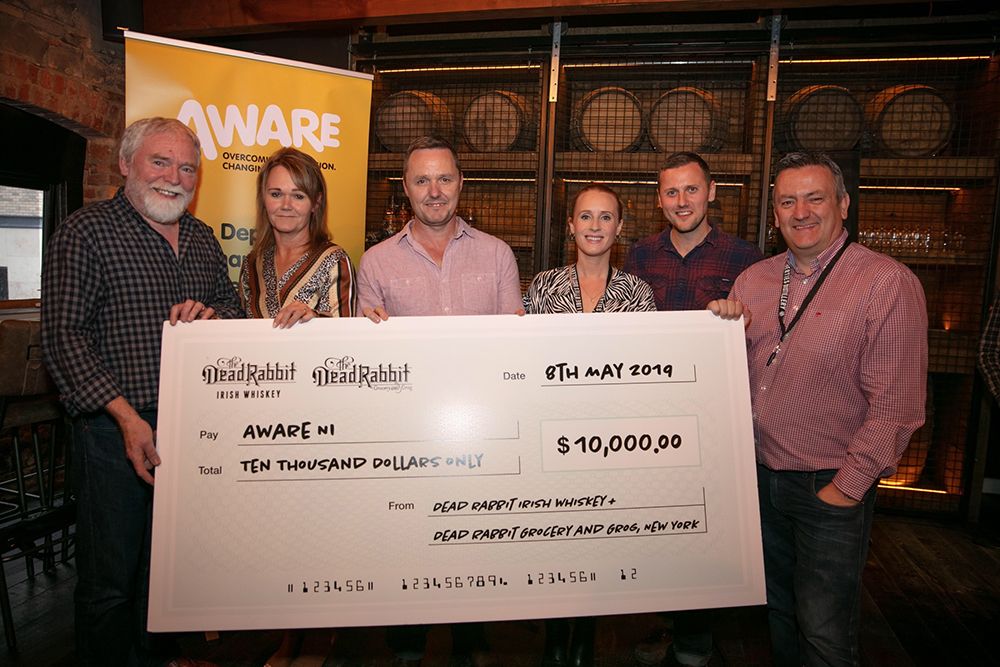 Sean Muldoon and Jack McGarry from The Dead Rabbit and members of the team from Dublin Liberties Distillery present a cheque for $10,000 to Bernard McAnaney and Patricia McDaid from AWARE, Northern Ireland’s depression charity.

Tell us more about your connection with AWARE.

"Jack and I both come from north Belfast. I’m 47 and when I was growing up, the area was hard hit by depression and suicide, so it was always something close to our hearts. I felt I could identfy with mental health when I was growing up and understand how a lot of people couldn’t see a way out. Nobody talked about it when I was growing, nobody even knew the word. Suicide rates are too high where I come from. Jack himself even suffered from depression in America, so this cause really is close to our hearts. Our first book was dedicated to the youth of north Belfast because this has always been a problem there. That's why we wanted to help. We launched whiskey last year and we get royalties from the whiskey sold but we wanted to give it back to the people of Northern Ireland. We take our Irish following very seriously and listen to their advice. This book and donation is about giving back to our roots."

For more info about The Dead Rabbit, click here.

If you would like more info about the mental health services offered AWARE and AWARE Northern Ireland, make sure to visit their websites.