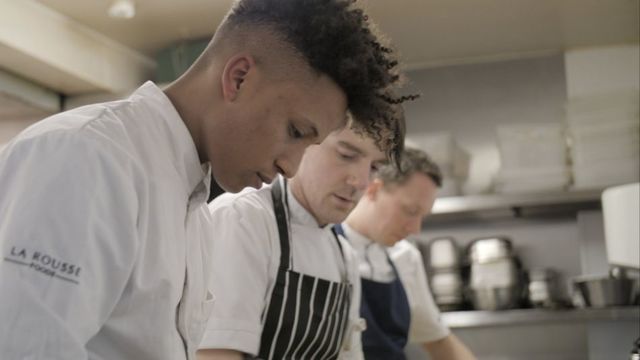 Danay from Jacobs On The Mall in Cork with Fiachra Kenny from The Old Spot in Dublin at the last Chef Collab event.Image from Chef Collab

Chef Collab is coming back to Killarney for another sold-out event on May 27th. Here, we find out more about this inspiring initiative from founder Chad Byrne.

Chad Byrne, head chef at The Brehon Killarney, founded Chef Collab last April to help connect young chefs with more experienced individuals for mentorship. As part of the programme, young chefs spend up to three days in their mentors’ kitchens, learning new skills and working together to create a dish. Each pair then cooks their dish at the Chef Collab event, resulting in a multi-course meal cooked by some of Ireland’s best chefs and up-and-coming talent. The programme's main aim is to offer chefs an opportunity to thrive alongside some world-class chefs in order to elevate their skills.

Chad told us that he founded Chef Collab to try to combat the bad name that the industry is often given and to encourage people to stick with the profession.

“The industry gets a lot of bad press and you only ever hear negative things about it, but I think that day and age is long gone. There is no more machismo and shouting. Everyone is always struggling for chefs as there’s a sense that this is a difficult trade, but there are so many people out there that want to nurture young chefs.”

Chad also credits his own culinary background with inspiring the Chef Collab programme. He left school at 14 before getting a job as a kitchen porter. Chad then began working as a chef at The Merrion Hotel in Dublin, where award-winning chef Ed Cooney took him under his wing.

“It was so amazing for me to see him look after me and help, even though he’s such a great chef and so talented, he really mentored me. I think that shows young chefs that they can go somewhere and that there are people there that want to help better them.”

Looking forward to Killarneys event,May 26th, few London based Michelin chefs, mixing it with some of Irelands most talented, all working together with 5 Killarney based commis for one hell of a cracking night, great food and banging beats 蘭#cookingfortherightreasons pic.twitter.com/Rlecv0M8Z0

How it all started

What inspired Chad to start the event were the young chefs. "It started organically as a chance to put the hardworking chefs that are usually behind the scenes into the spotlight and give them some recognition for their hard work, as well as giving them a chance to work alongside some of the world's best chefs. I hope this experience inspires them to be the future head chefs and Michelin-starred chefs of tomorrow and to have an ethos of working well, helping and sharing ideas. I want this to show them that cooking doesn't have to be so serious and that you can have fun with it.

It's also a chance for the young chefs to travel. We have two chefs over in London doing training, so this is a great opportunity to network and work in some amazing places like The Clove Club, which is on the San Pellegrino best restaurant list. If they can learn in places like this, it will be life-changing.

"We only ask chefs to jump on board if they believe in our ethos, food, focus and fun. If we show our junior chefs this, it will help to build the industry into a better place and get rid of the misconceptions that it's tough. Our industry is hard work but it's full of creativity and passion. It's very rewarding." 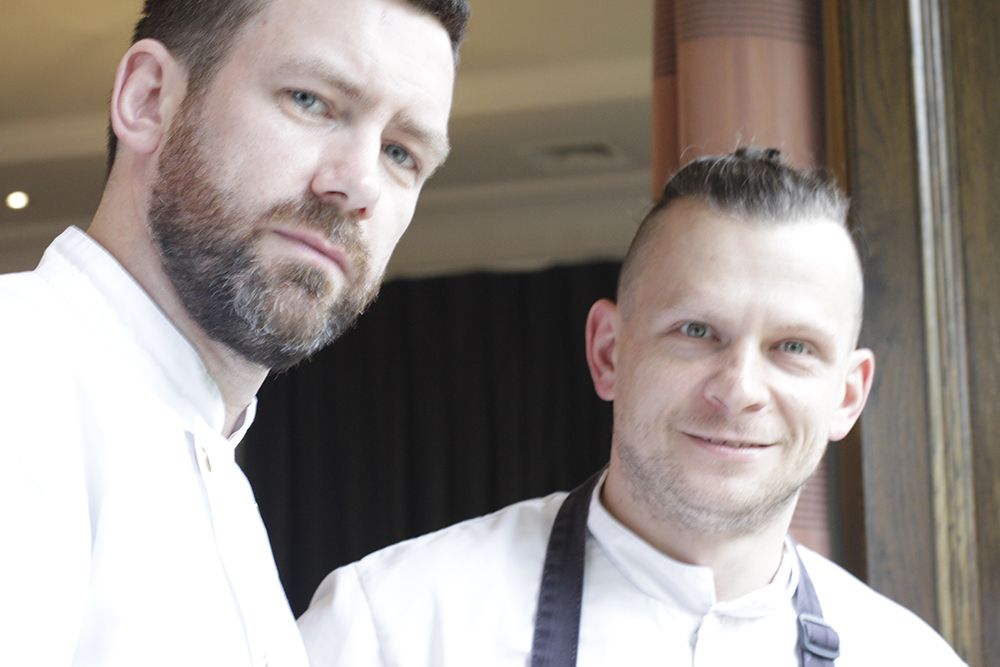 Chad Byrne and Tomasz Cempa, sous chef at The Brehon Hotel, who has been integral in the Chef Collab process.

On the day of the event

"On the day in Killarney, we will be holding a masterclass. With chefs of this level, it's a unique experience for everyone involved. Each mentor shows their dish from the Collab, which will hopefully help chefs who are new or those that are thinking about joining the industry to develop confidence and skills. The masterclass is free and open to everyone, there are 30 spaces available, 10 of which are allocated to local IT for culinary students."

"All chefs and kitchen porters taking part in the night welcome guests upon arrival, the whole team is out at the front door engaging with the crowd. We love this about our events, it brings it to a one-to-one level of engagement rarely seen.

Before we get going, nerves usually start to kick in! We introduce the night, talk about what it's all about, making our commis chefs the star of the show, and let the guests know the running order of the night. The chefs cook and serve the food in full view of everyone, which is totally interactive and immersive, the formalities are gone and the fun starts. Service is Viking-style with everyone at conjoined tables. Chefs ask that plates are passed down to help and get a bit of togetherness going, it's like a family with everyone mingling and having the craic! We're getting rid of the formalities to promote inclusion around high-end food at an affordable price and make it accessible for everyone. Then between each course, I bring out each commis and mentor out to chat about their dishes and the ethos behind it.

There are no formalities or frills to the evening, it's all about shining the light on the talented local chefs of tomorrow. We have been supported so well from the local Irish Hotel Federation and Larousse who have been brilliant since day one and originally reached out as they believed in our ethos."

What a cracker of an event,
Chefcollab is for everyone!
Putting commi chefs whatever age, work experience, it doesn't matter, just have a will to be better, jump on board it's for you!
That simple pic.twitter.com/N7zjeeQJ5D

The event in Killarney later this month has a stellar line-up of chefs taking part. Jonny Davidson, head chef at James St South in Belfast, will be overseeing the whole event, with all of the commis chefs under his guidance to create the snacks for the evening. Theo Clench from London's Michelin-starred The Clove Club will mentor Ruth McMorrow from The Ross Hotel in Killarney and together they will create the evening's starter.

The fish course will be looked after by Kevin Burke from The Ninth in London and young chef Anamaria Inok from The Lake Hotel.

Abraham Nur from The Brehon Hotel will be mentored by Karan Mittal from Ananda in Dundrum, Dublin who was awarded Rising Star of the Year at our 2018 F&W Awards, and together they will create the middle course of the meal.

The main course will be created by John O'Leary, chef de cuisine at Adare Manor, along with Kamil Sznerys from the Gleneagle Hotel.

Gavin McDonagh of Shelbourne Social in Dublin will mento Patrick Ihil from the Killarney Park Hotel to create the dessert course for the evening.

Tickets on Sale this Monday on Eventbrite for Killarneys #chefcollab
Heres our Mentors, some lucky trainees at this one
Banging line up!
What a mix of chefs from a Michelin to SanPelligrinosTop 50, a farmer forager, and everything in between #cookingfortherightreasons pic.twitter.com/ofzwDJHXJi

For more info on Chef Collab or upcoming events, click here. This Killarney event quickly sold out but Chad assures us that he has many more planned, so stay tuned for updates.

Everything is starting to go back to normal, so where do you plan t...

Recipes we guarantee the whole family will enjoy!

How to go plastic-free this July

Do your bit to cut down on single-use plastic this month. 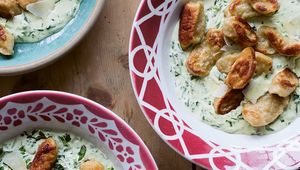 This morning the Taoiseach said that Cabinet would be considering a...

These are going to come in very handy.

Everything is starting to go back to normal, so where do you plan t...

Recipes we guarantee the whole family will enjoy!

How to go plastic-free this July

Do your bit to cut down on single-use plastic this month.

This morning the Taoiseach said that Cabinet would be considering a...

These are going to come in very handy.