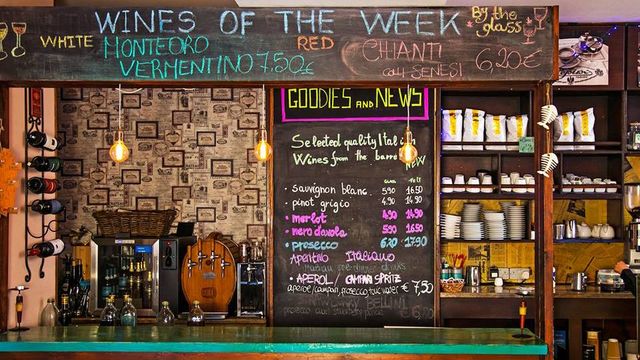 The team behind Campo de’Fiori bistro market in Bray, Co. Wicklow, announced recently that they were closing their doors for the final time to return back to their home in Sardinia, Italy.

Owners Laura Chiavini and Marco Roccasalvo opened the restaurant on Bray seafront in 2004, before opening a sister location nearby that was shuttered in 2014. The restaurant was much-loved by visitors, thanks to head chef Marco’s focus on authentic Italian dishes made with quality ingredients. The bistro became a hub for local foodies, who flocked to tables over and over again, creating a friendly, familial atmosphere.

We have spent 15 wonderful years with Campo De’ Fiori here in Bray. Marco and I have decided it is time to return home to our beloved Sardinia. We are so happy to be returning home although it is a bittersweet moment for us in announcing that our last day of service will be this Sunday, April 7th. We want to extend a heartfelt thank you to all of the wonderful friends we have made here over the past 15 years. We have loved every second of it here in our home away from home ❤️ There will be more details to come over the coming weeks. - Laura . . . . #Goodbye #CampoDeFiori #Italian #Bray #AuthenticItalian #Authentic #ItalianCuisine #FamilyRun #FamilyFriendly

Having come to Ireland 18 years ago, the Laura and Marco’s decision to close up shop was motivated by their desire to return to their home country and open a new restaurant with a similar ethos to Campo de’Fiori. To find out more about the closure, we spoke to Laura:

Campo de’Fiori was well established and we always had a great reaction from people. We know our customers are very sad to see us leave, we’ve had people coming into the restaurant since we first opened, which is a rare thing. Many became part of our family so we’re sad about leaving them, but we’re excited about the future.

That was the best thing about the restaurant. So many people returned over and over for celebrations that were important to their families, so we got to contribute to their lives, which was so special for us. As we’re a small place in Bray, we got to know everyone and these people are a real part of our family now.”

Some of the Campo De’ Fiori family ❤️ Come and join us today for the last day of Campo De’ Fiori. We wish all of our friends a fond farewell as Marco and I begin an exciting new chapter as we head home to Sardinia. The pleasure has been all ours! . . . #Goodbye #CampoDeFiori #Italian #Bray #AuthenticItalian #Authentic #ItalianCuisine #FamilyRun #FamilyFriendly

However, this isn’t the end of Laura and Marco’s food journey, as the pair have big plans for their return to Sardinia. Having learned so much from their experiences in Campo de’Fiori, Laura and Marco are hoping to open a similar restaurant in Sardinia.

“The style of our new restaurant will be the same as Campo de’Fiori because it will be based on Marco’s style of cooking. The exciting thing about opening up in Italy is that we will be able to access so many more Italian ingredients, which will elevate what we’re doing.”

While Campo de’Fiori will be sorely missed by diners, Bray won’t be without an Italian restaurant for long. When Gabriele Recchia heard that Laura and Marco were leaving the restaurant he jumped at the opportunity to take it over. Having worked for the couple when he first came to Ireland from Italy, Gabriele now manages Locks Restaurant on Windsor Terrace. He will be coming back to where his career in the Irish food industry first started soon by taking over Campo de’Fiori’s premises. Commenting on the upcoming opening, Gabriele told us how excited about the new restaurant’s potential:

“I’m really proud to open my own restaurant in the place where I started working in Ireland and got most of my experience. To be coming back to where I started is so exciting, it’s like coming full circle. I’m looking forward to continuing the tradition started by Marco and Laura of offering great Italian food and wine on Bray seafront. Like Campo de’Fiori, my restaurant will be authentic Italian, but we will have our own style. The restaurant, which we’re hoping to have open within two months, will be called Ripasso after the wine, because we will really be focusing on wine. The restaurant will have a wine bar where we’ll be serving lots of different types of great wines.”

We’re sad to see Laura and Marco leave Campo de’Fiori behind, but we wish them all the best on their new Sardinian venture. In the meantime, we’ll be waiting with bated breath for Ripasso to open in Bray.

Did you ever dine in Campo de’Fiori? Let us know how it went in the comments below.