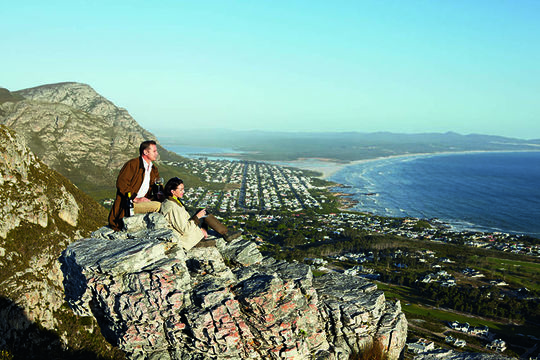 Wine writer Raymond Blake meets a winemaker who crafts his wine with as much measure and suave as he exudes himself.

Dapper: “adjective, (of a man) neat and trim in dress and appearance.”

Thus reads the dictionary definition of a word that could have been coined to describe noted South African winemaker, Anthony Hamilton Russell. From top to toe, headgear to footwear, there is nothing out of place – and the same could be said of his wines. Reflecting his image, they are precisely crafted with every flavour component in its correct place and balanced measure, there are no errant notes. Harmony, elegance and memorable precision are their hallmarks. Suave they are, sauvage they are not.

Hamilton Russell visited Ireland in October for a whirlwind few days that included retracing his family roots and taking part in the Pembroke Wines (www.pembrokewines.ie ) portfolio tasting where I managed to put a few questions to him before he headed to the airport.

Ambiguity is not in his nature, ask a question and you receive an answer as well-crafted as any of his wines. Despite his Irish roots, there is no toying with the language, circling a subject, coming at it sideways, revelling in convolution. Questions meet a direct response – without the sort of marketing puffery that some winemakers cannot avoid. 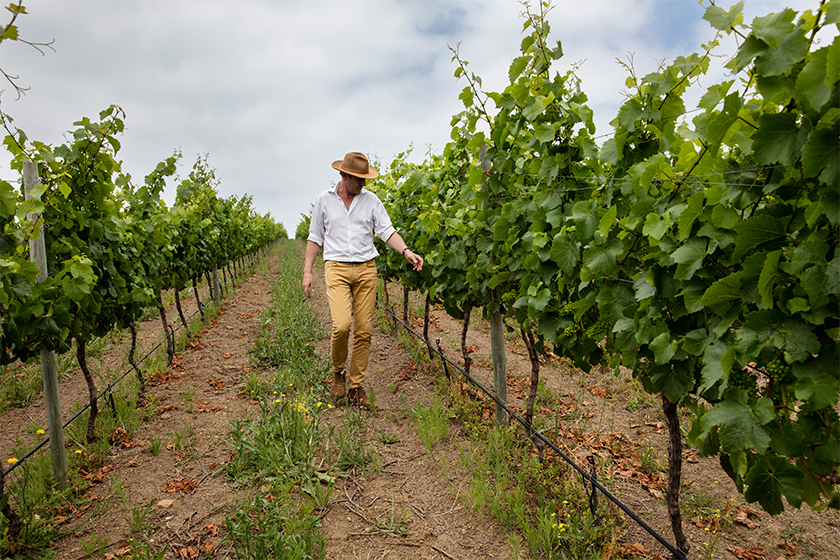 Tell me about the genesis of Hamilton Russell Vineyards.

“My Dad’s passion was wine. He did very well in advertising in Johannesburg and he got to that point in his life where he wanted to purchase a property and looked widely for a long period of time. Inevitably, he started in Stellenbosch but the farms were either too expensive or were not for sale… So he started looking elsewhere and he settled on our property in what is now the Hemel-en-Aarde valley, just behind the coast town of Hermanus in 1975. There’s a symbolism here; my parents basically met in that little coastal resort town, my mother has a great-grandmother buried in the graveyard there, my father had spent almost every Christmas of his youth there so, yes, it’s a perfect place viticulturally speaking, but emotionally it had a fit. It was further south, it was very proximate to the cold Atlantic Ocean and fitted what he was looking for, which was a cooler viticultural area.”

How and when did you get involved?

“Like a lot of young South Africans, I didn’t believe there was much future for the country with the way apartheid was, so a lot of us left… When Mandela was released in 1990 suddenly the seed of a possibility of a return was sown… I remember the day that I called my father up and said I’d like to come back so I returned in September 1991 and purchased the business from my father in 1994.” 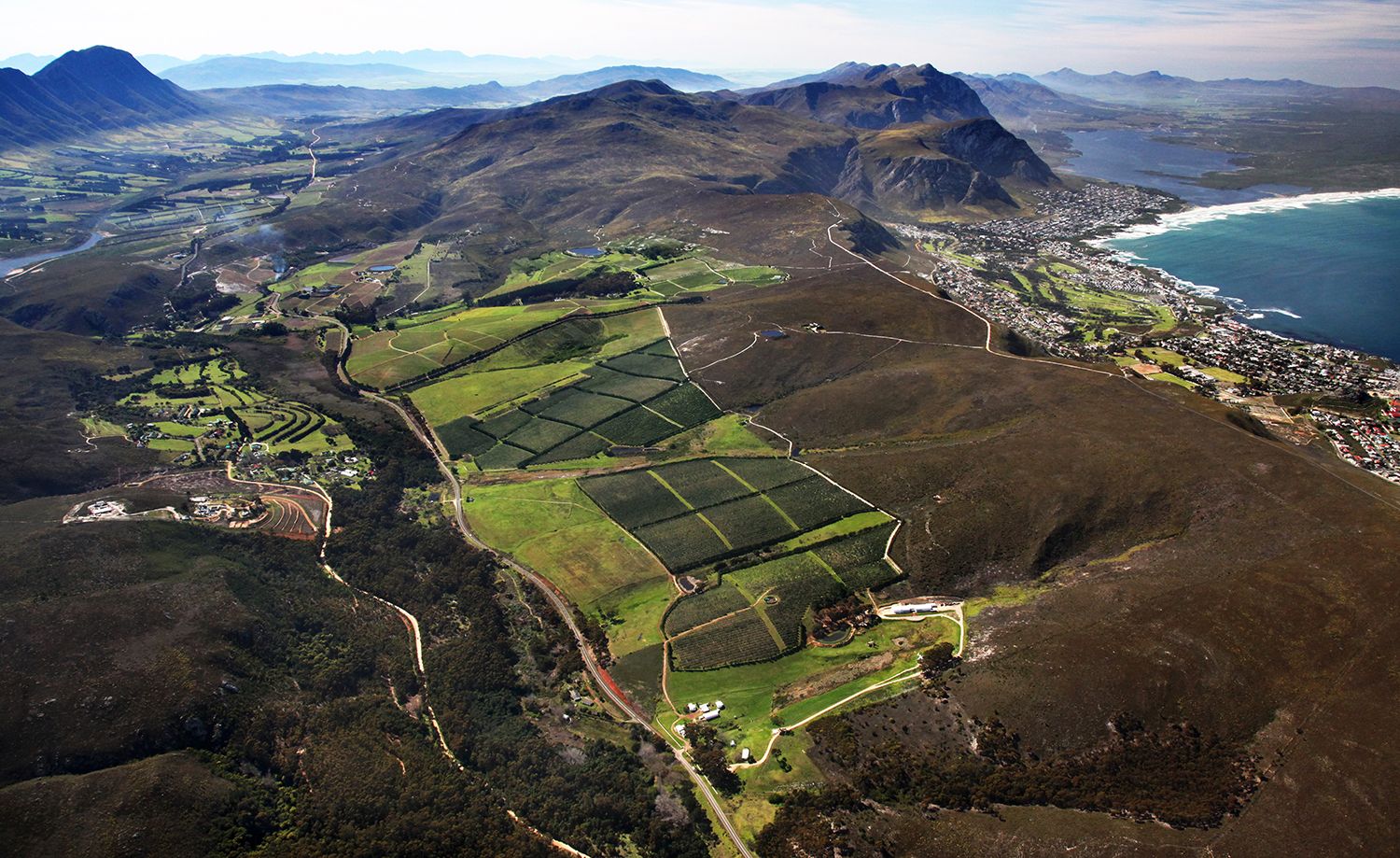 What prompted your decision to make Pinotage – the grape everybody likes to hate?

“Well, it was quite logical. Taking an international view of the South African wine industry… it was inevitable that the wine world would want something from South Africa that it couldn’t get from anywhere else. Pinotage existed as a grape and I was fascinated with the idea of trying to do something dramatic and special with it. There were sufficient great examples of it in existence, beautiful Lanzeracs from the mid-sixties, that were long-lived… to show that the grape had amazing potential. We may have lost our way with it stylistically for a whole period of time, but I was convinced that something great and more classically styled could be made, so I set up a separate venture to pursue that. I planted the first Pinotage in 1994 on a neighbour’s farm… and eventually managed to purchase that farm for Ashbourne, so I have been intent on working with it right from the beginning.”

And what of the future? Are any of your children showing an interest in the business?

“Sadly not… yet. It’s a long, slow process of manipulation to the point that I am prepared to manipulate [laughs]. I have every reason to suspect that when they are settled and married and possibly at a different stage in their own careers, as I was when I returned to Hamilton Russell, that there will be somebody willing – and that will be a very, very happy day in my life.” 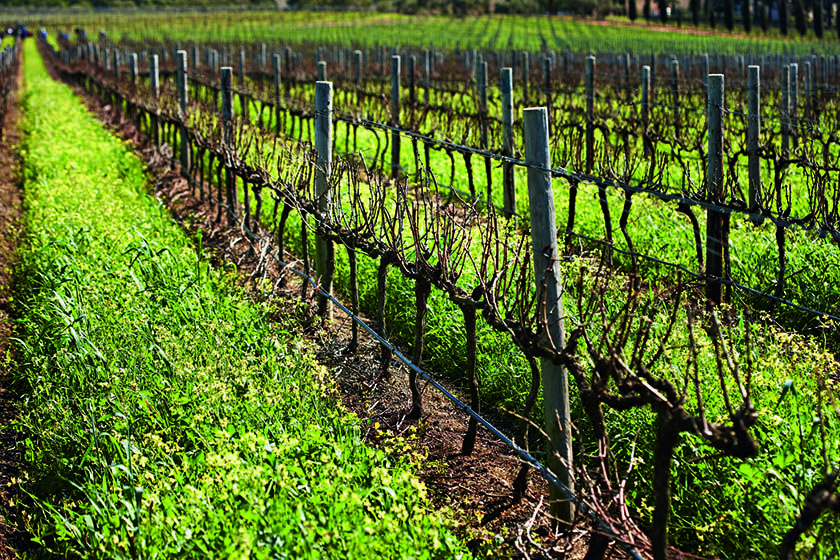 The Hamilton Russell label is reserved for the Pinot Noir and Chardonnay, with all other wines marketed under associated but separate labels: Southern Right for Pinotage and Sauvignon Blanc and Ashbourne for the premium Pinotage. The Pinot Noir and Chardonnay have long been regarded as some of the best new world examples of these grapes but, well regarded and all as they are, they struggle to be regarded as ‘best’. Which is not true of the Ashbourne. This is a remarkably good wine, considerably better than its current reputation, which is by no means poor but is certainly not as exalted as it should be. The day will come when it will stand beside other icon reds from around the globe. Get your hands on some before then, when the already high price is likely to ascend into the stratosphere. It’s time to start dropping broad hints as to what wine you want to find in your Christmas stocking this year. 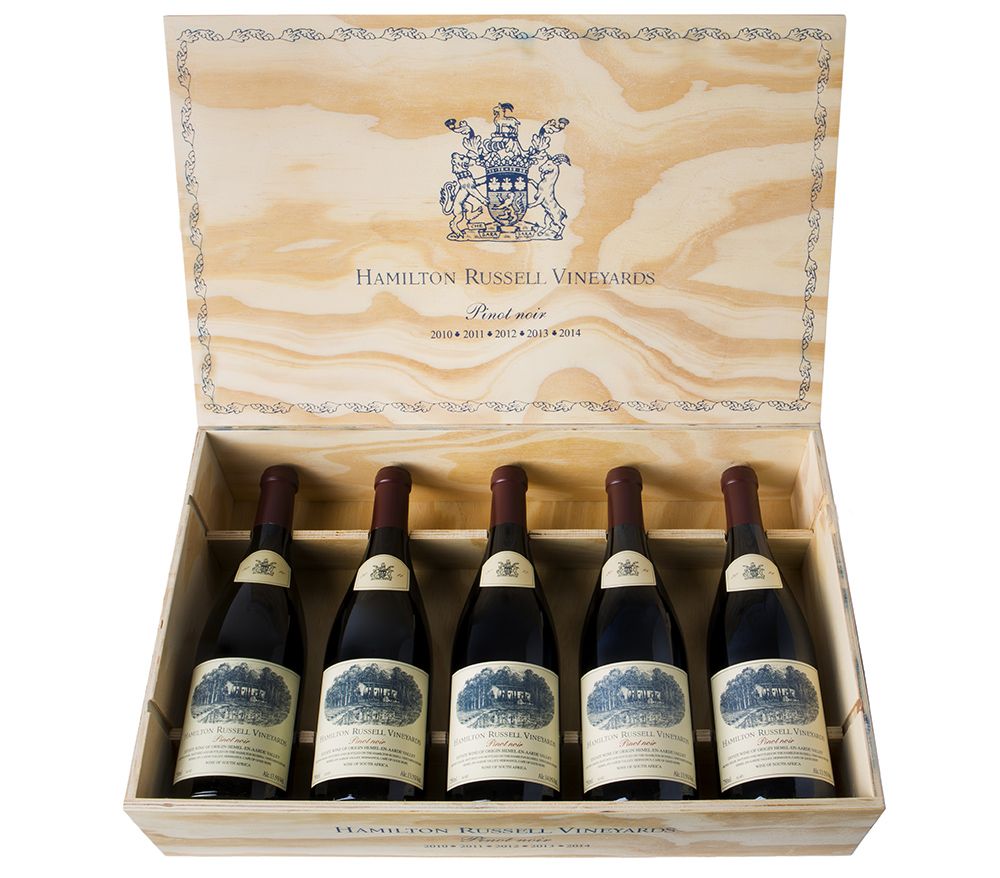 All of the wines from the Hamilton Russell stable are produced in small quantities, sometimes painfully so. For example, only nine barrels (about 2,700 bottles) of the Ashbourne 2015 were made, so the wines are necessarily in limited supply. In addition to restaurants, the following retail outlets stock them. It is best to call ahead to check on specific availability.

All of the behind-the-scenes fun with Anthony and his wife Olive at Hamilton Russell Vineyards on Twitter.

Have you tried any of these wines? Or do you have a question for Raymond? Leave a comment below.