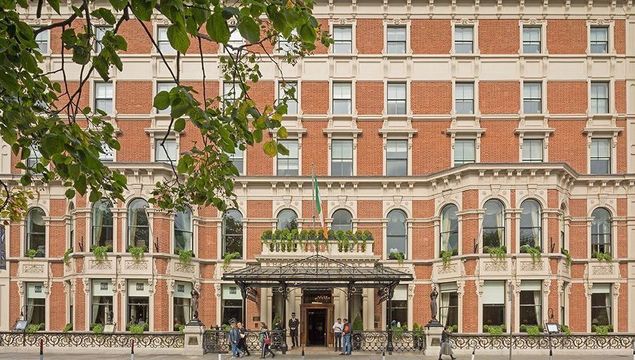 Now in its 19th year, the FOOD&WINE Awards is the pinnacle event of the year for the Irish food industry and the restaurant hitlist that everyone covets. Launching today, we are excited to let you know more about this year's event and that nominations are officially open on Monday, 13th May!

The 2019 FOOD&WINE Awards will be our first with our new parent company Irish Studio, so expect this year's ceremony to be an event to remember. The awards continue to set the industry standard being the most authoritative and prestigious awards in the culinary field.

Each year, we shine a light on those in the hospitality industry - from chefs to sommeliers, cafés to hotels - that offer an exceptional experience, as well as awarding excellence in culinary achievement, service, and those that go above and beyond.

The nominations for the awards will open at 5pm on Monday, 13th May and we need your help and knowledge; this is your chance to get involved.

Our 28 categories, including some old favourites like Best Chef and Best Casual Dining, plus newer categories like International Chef of the Year, highlighting Irish chefs abroad, and Outstanding Champion, putting the spotlight on chefs who go above and beyond their duties, are reflective of the industry as a whole but also of the changing face of the Irish restaurant scene.

Do you have a favourite local café? Think the chef at your favourite restaurant is the bee's knees? Love the sommelier at a nearby wine bar? We want to hear about them! On Monday, you'll be able to send us in your nominations for the 2019 F&W Awards to help us scour the country for the very best of the best.

The nominations will then be assembled and announced online, before being presented to our panel of expert judges, who include our Editor Dee Laffan, our Restaurant Critic Aoife Carrigy and former Editor and Drinks Columnist Ernie Whalley. On the judging day, we will debate your nominations to determine who will receive this year's top titles and also create the shortlist of top ten per category. 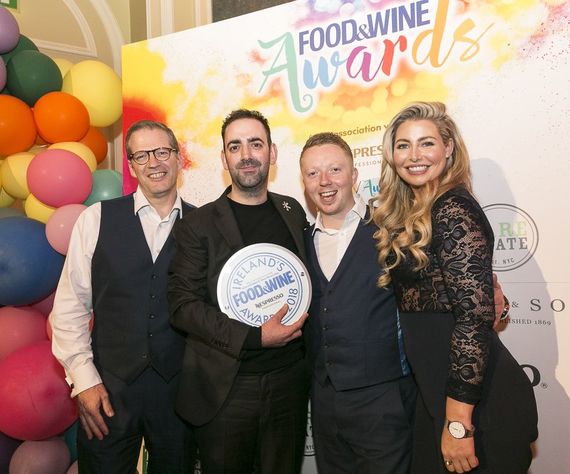 Andy McFadden and the team from Glover's Alley at the 2018 FOOD&WINE Awards.

On Sunday, August 25th, the biggest names in the Irish food industry will assemble at The Shelbourne, Dublin where the winners will finally be revealed. Alongside a spectacular meal with matched wines created by executive head chef Garry Hughes and his team, we will tell the story of Ireland's mushrooming food scene in the past year, as well as hear from the chefs themselves, managers, sommeliers and suppliers that help to create the magic.

This year's ceremony will be particularly special for us because as well as being our first as part of the amazing Irish Studio publishing company, we will be bringing our awards back to where they first started.

In 2001, FOOD&WINE magazine held its very first awards ceremony, which was then known as the Restaurant of the Year Awards, in The Shelbourne Hotel, in Dublin. To celebrate the hotel's 195th anniversary, The Shelbourne has undergone a massive refurbishment to its public spaces and to The Great Room.

Similarly, this year's awards will highlight the changes made to FOOD&WINE over the past year, including our transition to a digital publication with a massive online presence. For our 2019 awards, we're heading back to The Shelbourne for a ceremony that will mark the rebirth of FOOD&WINE, so stay tuned for more updates about this exciting event. 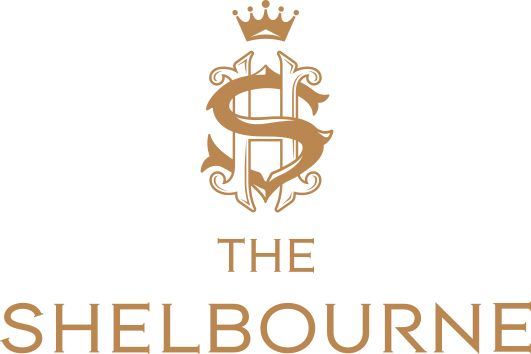 Want to join us at the 2019 FOOD&WINE Awards? Tickets are on sale now so click here to get yours now!

Keep an eye on the website on Monday, 13th May when nominations open!