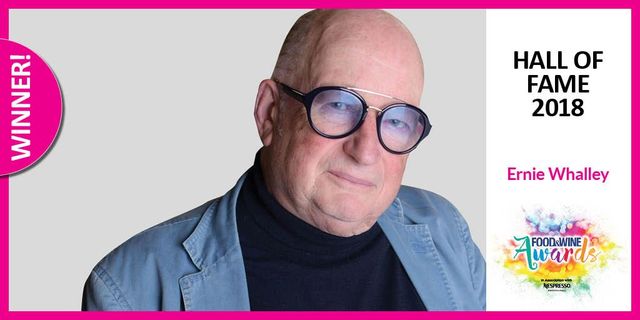 Ernie Whalley joined FOOD&WINE Magazine as deputy editor in 1999, subsequently becoming editor until 2006. This year we honoured him by enrolling him in our Hall of Fame. Here, he remembers some of the good, the bad and the fun along the way. 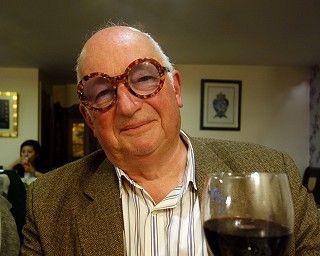 Pictured at a recent wine dinner at Ballyvolane House

"Back in 2006, shortly before I relinquished the editorship of FOOD&WINE, I bet my counterparts in U, Irish Tatler and Woman’s Way that we would be the first Harmonia publication to feature a nipple in a photograph. In what was to be my final issue I swapped my editorial mugshot for a photo of yours truly, clad in panama, sunglasses, and diving flippers, reclining on a Sardinian beach (pictured below). A book, ‘Blonde’ (a biography of Marilyn Monroe) covered the rest of me, save for my left breast.

I heard publisher Norah Casey was somewhat miffed when the issue appeared. I was not sure she had forgiven me until last Sunday, when Norah handed me my very own ‘cheeseboard’ (as I christened the Food & Wine award plaque) thereby inducting me into the Hall of Fame. I was (and still am) overawed to be feted alongside the likes of Myrtle Allen, Neven Maguire and  Derry Clarke, but especially, my late friend and all-time hero Veronica Steele of Milleens Cheese, without whose teaching and encouragement today’s superb Irish farmhouse cheeses would never have existed. 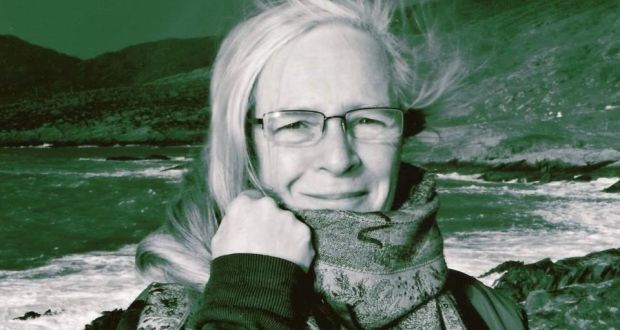 FOOD&WINE was the brainchild of publisher Kevin Kelly, a man with a track record in producing beautiful magazines. In the early days the pages positively reeked of luxury - gorgeous hotel rooms and patrician resorts competed for space with nectar in baccarat glassware and truffled ambrosia on Spode delft. When I joined in 1999, FOOD&WINE’s second editor, Jillian Bolger, was about to commence ‘democratising’ the magazine; embracing a wider audience, in particular the new wave of young Irish professional and business people with cash in their wallets and a taste for hedonism. She did a great job, without compromising the magazine’s aesthetics.

Subsequently, FOOD&WINE was sold to Smurfit Publications, a transaction conducted by CEO Norah Casey who, in turn, engineered an MBO for the whole portfolio of magazines. When the F&W Awards were initiated Norah gave me the task of formulating the criteria and the judging process. I also wrote the speeches for the first ceremony. At the time, there were few such awards and none highly publicised. Now there are shedloads. Up to three years ago I served on no less than eleven judging panels. Weary, I decided to decline all invitations to judge, except the FOOD&WINE Awards, still the most credible and coveted.  Then, this year, the Awards dumped me. I didn’t receive an invitation to judge. Now I know why! 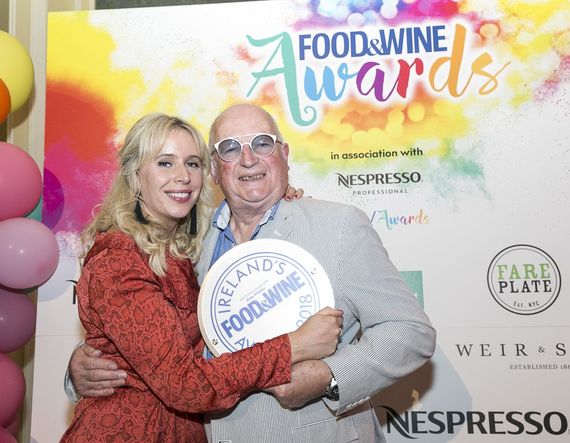 Every editor puts his or her own imprimatur on a magazine. Asked what I had contributed to the magazine, I’d probably say it was unscrambling the shedload of typefaces, point sizes, character styles and leading that made the magazine a bitch to sub-edit. I think I also gave the mag a harder edge, a crusading spirit, winkling out and publicising new artisan producers and under-the-radar restaurants, a policy that included identifying those whose standards had slipped or treating the trendy and ephemeral with some suspicion. This probably cost me a few friends in the biz (Can’t help it guys, I’m ‘old school’). 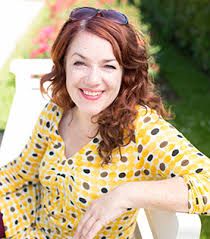 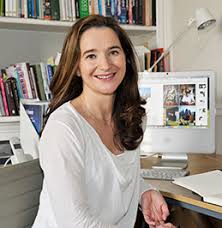 We had fun. It was a joy going to work. Days were made light by my trio of talented deputies. Lizzie Meagher (now Gore-Grimes, pictured above right) who arrived as a temporary sub and gained my esteem crafting a headline for a Spanish feature. It went “Never Mind the Balearics...”. The sparky Aussie, Andie McGinnis, had me in stitches with an uproarious account of her interview with Jean-Christophe Novelli. Aoife Carrigy (pictured above left), one of the most hardworking and professional journalists I’ve ever worked with, I interviewed in a Dublin pub/restaurant. At some point I went to the gents, leaving my notes on the table. As one would, she took a sly squint, balking at the sight of 3/10 written on the page, exclaiming  “Bloody hell! I did better than that, surely?” It was only after she came to work for FOOD&WINE and saw our feature ‘Espresso Watch’ that she realised the markdown was for the coffee.

This is the first piece I’ve written for FOOD&WINE since 2006. Good to be back. 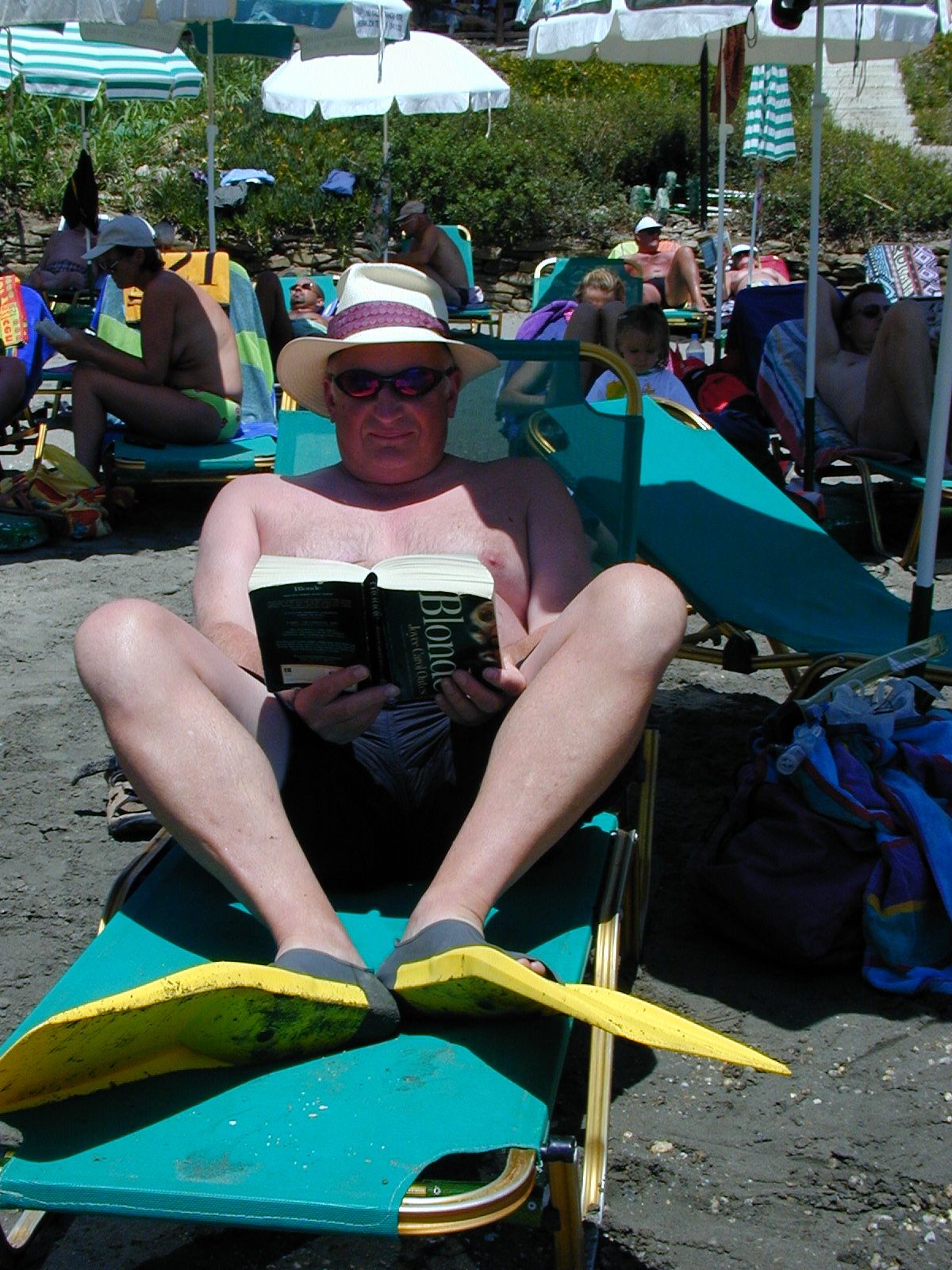 Ernie Whalley on the beach